Students get set to launch mini boats across Pacific Ocean 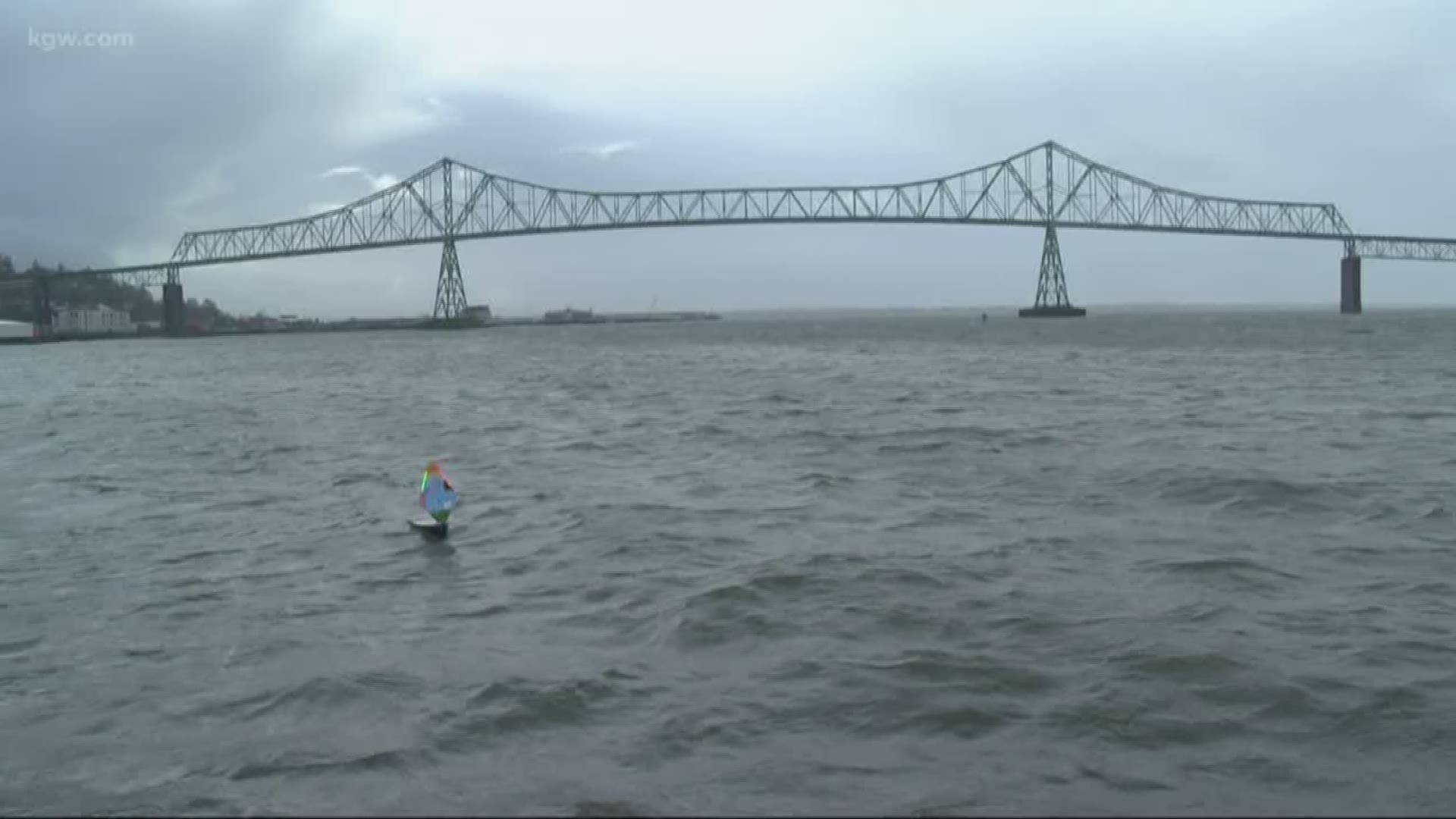 ASTORIA, Ore. — After months of hard work, it's finally time to say goodbye.

Nate Sandel is the education director for the Columbia River Maritime Museum in Astoria. He started the STEAM (Science, Technology, Engineering Art and Math) program three years ago. Since then, 24 boats have been launched off the coast of the United States and Japan.

In November, a boat from each school was flown to Japan and set loose, with the hopes that it would some day make its way to Oregon. So far, that hasn't happened.

At a ceremony in Astoria at the Columbia River Maritime Museum, the boats were officially christened with an apple cider bottle breaking over the bow.

"Since the program started in 2017 more than 1,200 have been involved in the launch of 24 mini boats, that as of this morning have sailed 57,201 nautical miles and counting," Sandel said in front of the crowd.

The project teaches students critical thinking, data collection and above all: teamwork.

"This is all about teamwork and working together with a group. So each group has their own part that they're working with, but collectively all those parts have to work together to make the boat project a success," Sandel said.

"I really enjoyed making the boat and the whole process and with what I got to do. I got to put it together and I felt like I had a big role in that, so I felt like that was really enjoyable," said Wy'East Middle School 7th grader Annika Rieve.

The boats are all uniquely named, Wy'East named their boat Liberty, Warrenton named theirs Goonies after the movie and Columbia City's was named Philbert, named after Laurie Wilson's husband, Phil who passed away last year.

"He's worked so long with children that he loves sailing. It's just, I can't put it into words," Wilson said, "It's just, it's so meaningful to me and that I know Philbert's gonna go far because it has his memory onboard."

Fifth grader Bella Garcia came up with the name after befriending Phil while visiting a nursing home.

"Phil loved kids and get to know them. He passed away last year, I thought naming our boat after him would be a special tribute and our class agreed," Garcia said.

The Columbia River Bar Pilots will launch two of the boats off the Oregon coast when the weather gets better and Philbert will travel with the U.S. Coast Guard down to California where it will launch in late January or early February.

RELATED: Those Who Serve: The Columbia River Bar Pilots

"You don't want to let it go. It's just very sad, but I know that once it's out there and getting a head start and getting really good, I'll want to know more about it." Garcia said.

You can track the boat's progress here.