The feline tried to jump into a closed window and when that didn’t work, it jumped through the homeowner’s screen door to get inside. 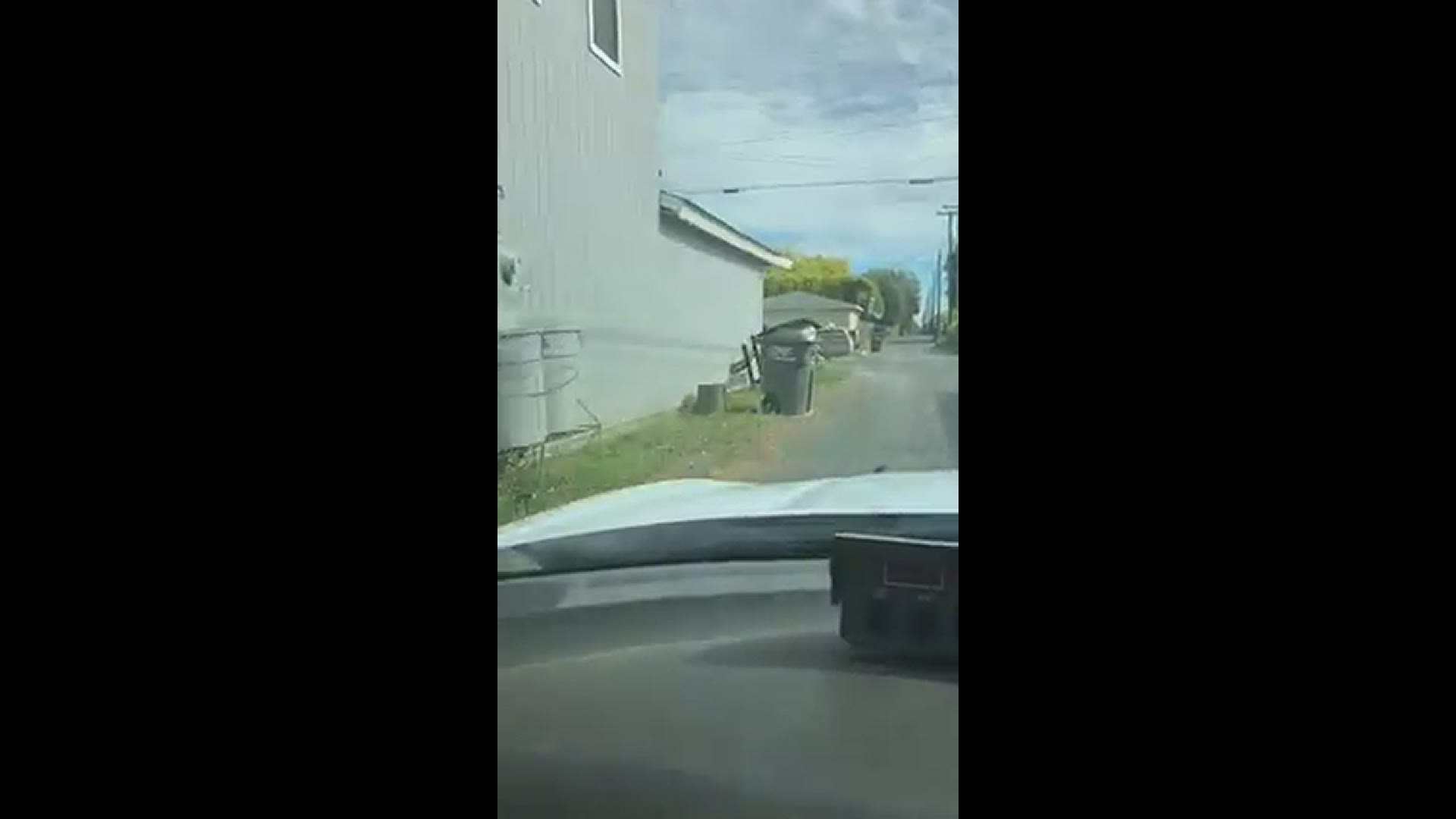 EPHRATA, Wash. — A cougar who broke into a home in Ephrata was relocated to a remote area of Douglas county, according to the Washington Department of Fish and Wildlife (WDFW).

According to Ephrata Police Confidential Secretary Heather Van Paepeghem, the department received a call around 9:20 a.m. about a cougar seen in the 200 block of D Street jumping a fence into a backyard.

Then, the big cat made its way to F Street where a homeowner had gone outside to see what all the commotion was in the area. Van Paepeghem said the feline tried to jump into a closed window and when that didn’t work, it jumped through the homeowner’s screen door to get inside.

WDFW Communications Manager Staci Lehman said the cat is a healthy adult male and weighs between 130 and 150 pounds. She said the cougar was taken to a remote part of Douglas County where he will have a much better habitat.

Lehman said when they relocate animals like this cougar they try to scare the animal away so that it has a fear of humans. Wildlife officials will either have dogs chase it or bark at the animal, fire a gun in the area or shoot it with paint balls.