Sarah Ross is working to become one of America's first female Eagle Scouts. She just completed a special project in time for dedication on September 11. 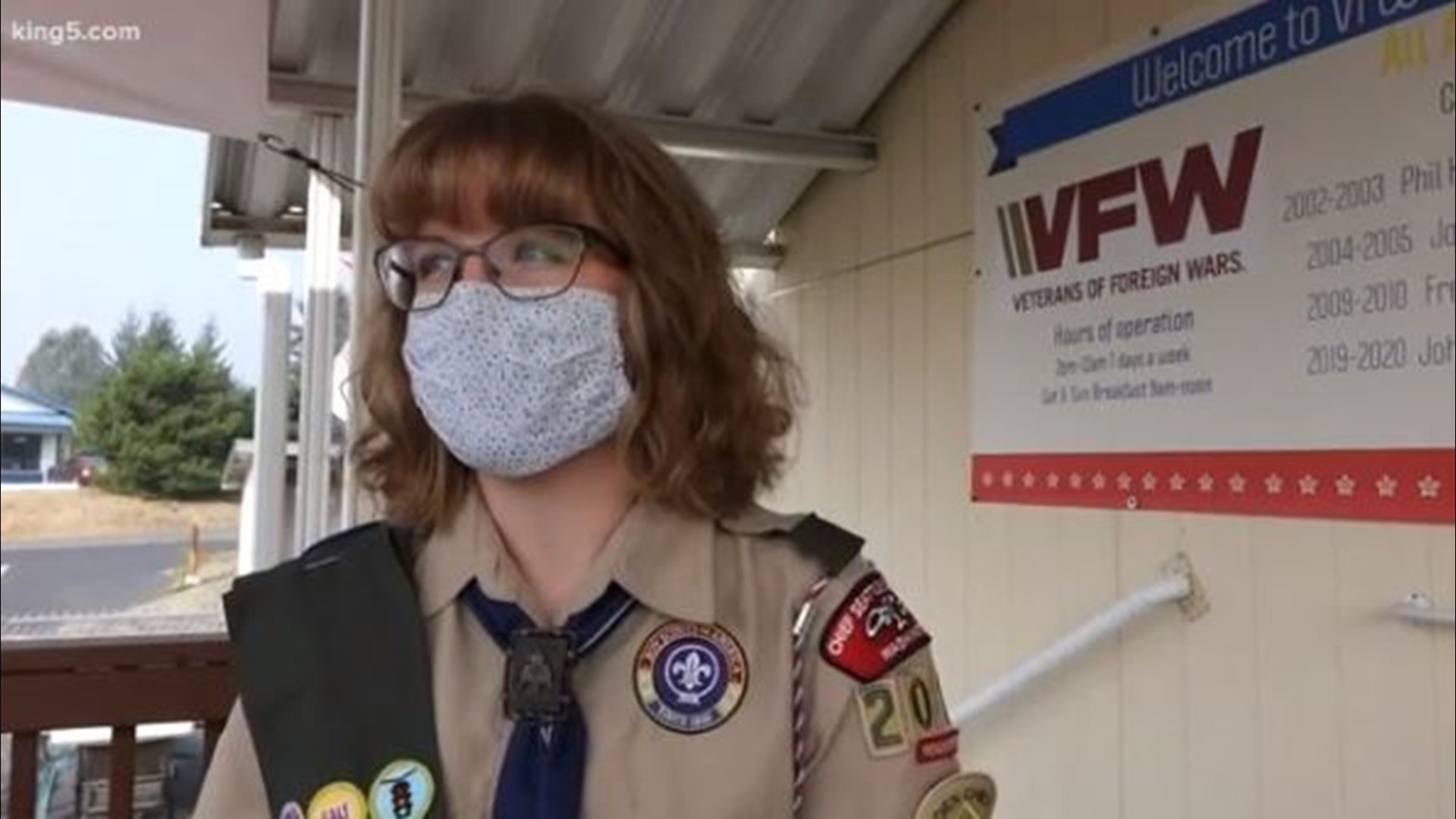 A teenager from Bremerton is working towards becoming one of America's first female Eagle Scouts. While she breaks barriers in an organization exclusively for boys for over 100 years, Sarah Ross also completed a special project for her hometown veterans.

Ross is currently ranked a Life Scout in BSA Troop 2019, just one ranking away from Eagle Scout. She persisted through the coronavirus pandemic to complete her project in time for dedication on September 11.

Her Bremerton hometown has a special 9/11 memorial at Evergreen Rotary Park, which includes 5,000 pounds of twisted steel that was hauled across the country from New York’s World Trade Center.

While Ross was searching for a meaning Eagle Scout project, a friend mentioned to her that the local VFW was looking to renovate the grounds at their nearby building.

“A flag pole was right in the middle of a walkway, and a storage shed was in the way. So that’s inspiration for all of this," Ross said. She proposed a complete renovation at the VFW that would properly honor veterans and, specifically, include a quarter-size model of the twisted steel beams that tower in nearby Evergreen Rotary Park.

After several months of labor provided by generous volunteers, the VFW Post 239 celebrated its new Memorial Plaza on Sept. 11.

The perfectly groomed landscape is now home to a flag pole donated from a Naval ship that commemorates a Medal of Honor recipient. The pole sits next to an American bicentennial cannon and a massive bell that was rescued from the bottom of the ocean. The quarter-sized steel beams were originally built for a parade, but have sat in storage until Ross gave them a home at VFW 239.

Ross is working to finalize her remaining Eagle Scout requirements, but expects to be eligible for board review by the end of October.