New college grads: Mom, dad, and granddad all get bachelor's degrees together

Through overseas military deployments and a breast cancer battle, three members of the same family have all worked together on an as long as 30 year journey to graduate. 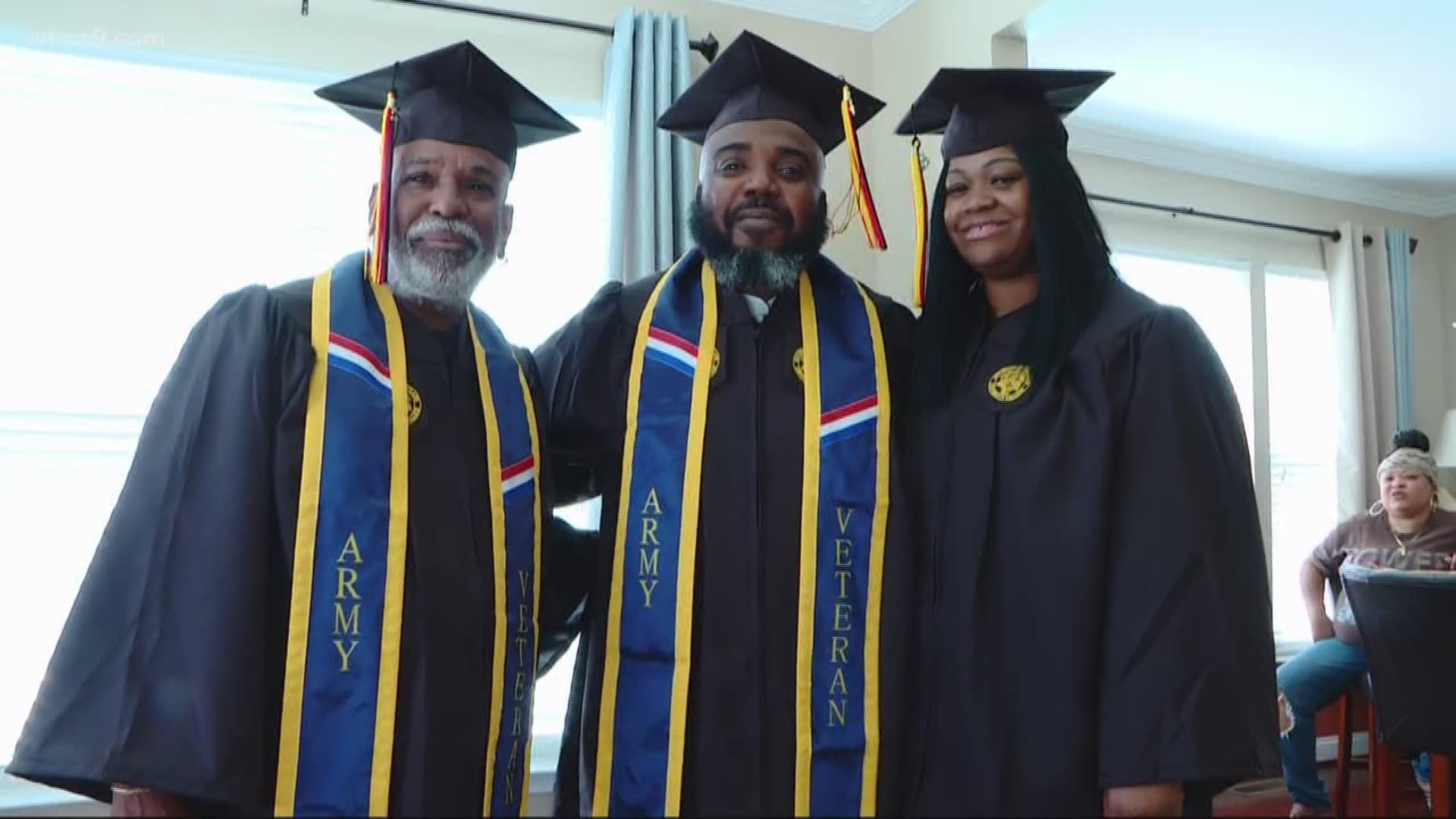 WALDORF, Md. — "Veterans," "breast cancer survivor," "mother," "father," "grandfather" -- there are lots of ways to talk about three students at the University of Maryland, University College.

Come Saturday, you can call the three members of the same family one more thing: COLLEGE GRADUATES!

"Amazing!" shouted Nyema Taylor, 37 as she tried on her cap and gown.

They've worked at this for decades and adjusted their course work so all three of them could cross the same stage on the same day.

"I'm set and I'm ready to go!" said Shamir Taylor, 35, as he pulled on a banner emblazoned with the word "veteran."

At 62, combat vet and retired US Army Master Sergeant Raymond Richardson is the oldest of the three.

"For me, it's been a really long journey," said Richardson. "I've been at it over 30 years. Trying to get my degree. But from one college to the next, UMUC was my final stop."

Richardson encouraged his son, Shamir Taylor, to get his degree too.

"This is a photo of us in Iraq... in 2004," he said, pointing to a big poster of the two of them together in uniform in his son's home in Waldorf.

Both of them lifted up Taylor's wife, Nyema. She had to fight through breast cancer to get her degree.

"And when I found out the news about my breast cancer, it really knocked me off my feet," she said. "I felt defeated and deflated. And it was my husband, and my family and my father in law...." who helped her get through it.

"It's one thing to be graduating and walking down the aisle," she said. "But to be walking with two of the most important people in my life, it's amazing. Amazing!"

She's graduating with a degree in graphic communication and she's hoping it will help her with her clothing business.

All three hope to set an example for the next generation. The Taylors have two children.

"They're like sponges right now," said Nyema Taylor. "They look up to us. We want to do everything we can do to make sure their future is secure."

They are perhaps an inspiration for all of us.

"It just goes to show you," Richardson said. "You're never too late to get an education."