The city of Lynwood is wrapping up a week of hands-on fun for kids who want to get a taste of law enforcement. 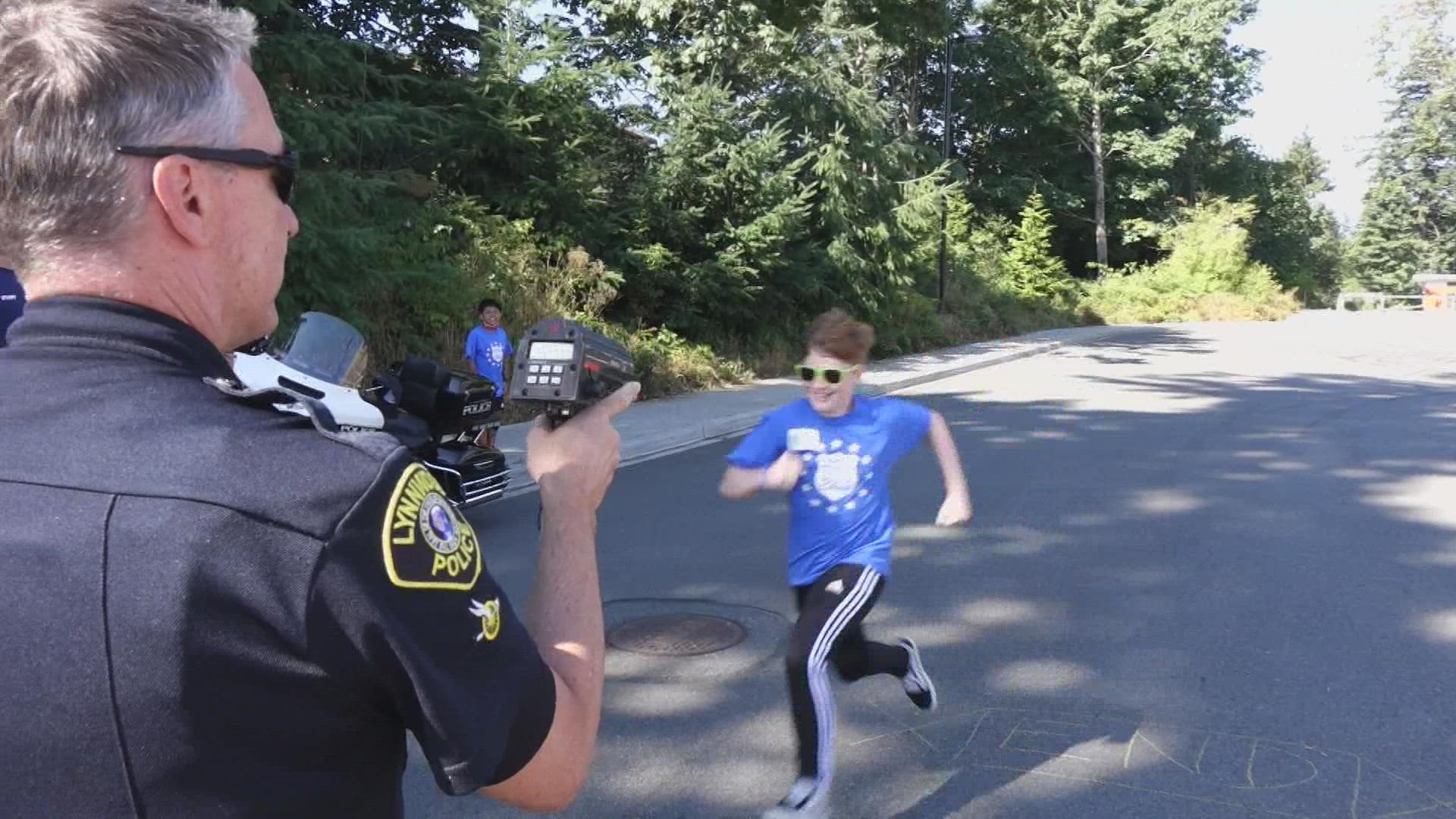 LYNNWOOD, Wash. — A popular local summer camp is back in action after missing a year under COVID-19.

The city of Lynwood is wrapping up a week of hands-on fun for kids who want to get a taste of law enforcement. The Lynwood Police Youth Camp is in it’s fourth year and engages kids from 10-14 with positive experiences alongside police officers.

The week started with team building at a local rope course so kids can bond eventually break in to teams to spend days learning about everything from police science to social work.

The highly visual demos include a K9 unit, a SWAT team, drone flights, remote controlled robot demos and more. The campers got to test their foot speed with the motorcycle traffic team using radar.

"Because this is hosted by a police department, it might be construed as, we're trying to recruit, but it's really about connecting with these kids and building that trust," said Sergeant Justin Gann of the Lynwood Police Department.

Camp organizers say kids who dream of becoming police officers are certainly drawn to the camp, but it's also attractive to any kid interested in spending four days alongside a wide range of professionals. A retired doctor also volunteers at the camp to teach kids first aid and other potentially life-saving skills. Campers also engage with detectives, animal control, crime prevention and other roles within police work.