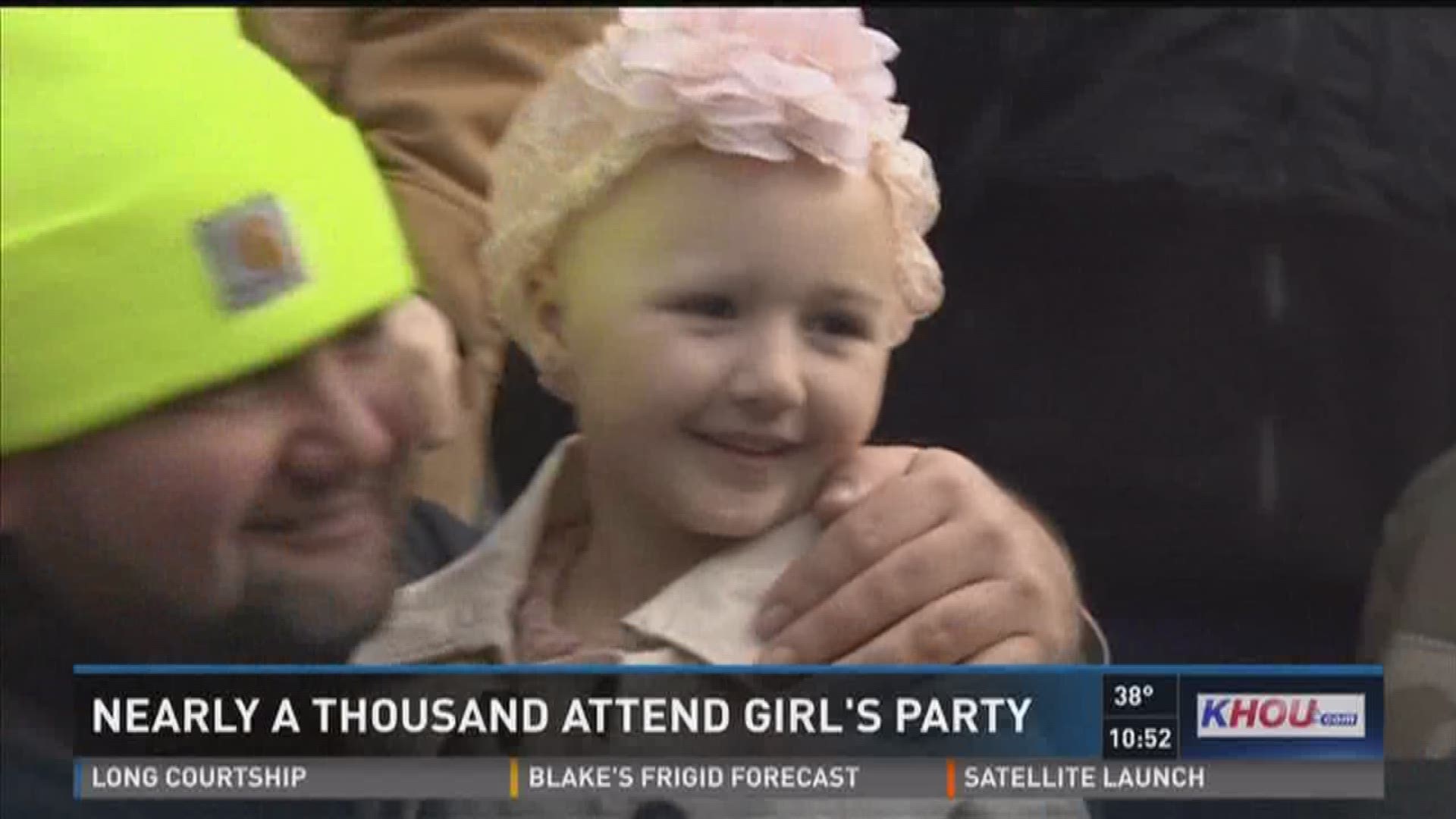 SPRING, Texas- It was a big surprise fitting for a little princess.

Nearly 1,000 people came together for Alexis Barnes on Sunday afternoon to give her a party she’ll never forget.

The incredible outpouring of support comes one week after no one showed up her 6th birthday party.

Her mother posted about the heartbreaking experience on Facebook.

“We didn’t ask for this. This wasn’t our intention. We just wanted to share that it’s close to the holidays, and birthdays are hard for kids,” explained mother Jessica Barnes.

The post caught the attention of strangers from all over, including a single father who felt compelled to make it right.

“I can’t imagine no one showing up to my child’s birthday. She’s a sweet little innocent angel,” said Charlie Diggs.

Charlie Diggs began planning this special surprise for the girl he had never met.

He said he never expected it to become so big.

Alexis thought she was heading with her family to take photos. Her reaction when she first saw the crowd brought her mother to tears.

Many people in the crowd also began tearing up during the heartwarming moment.

“I think it restores a lot of faith in humanity, especially with all the negativity in the world,” said Taylor Almaguer.

Alexis said it was the best birthday she’s ever had.

She received hundreds of gifts at the surprise party on top of the presents she’s been getting from across the country.

Her family says it’s more than they know what to do with.

They plan to donate many of the gifts to an orphanage in Galveston this week.