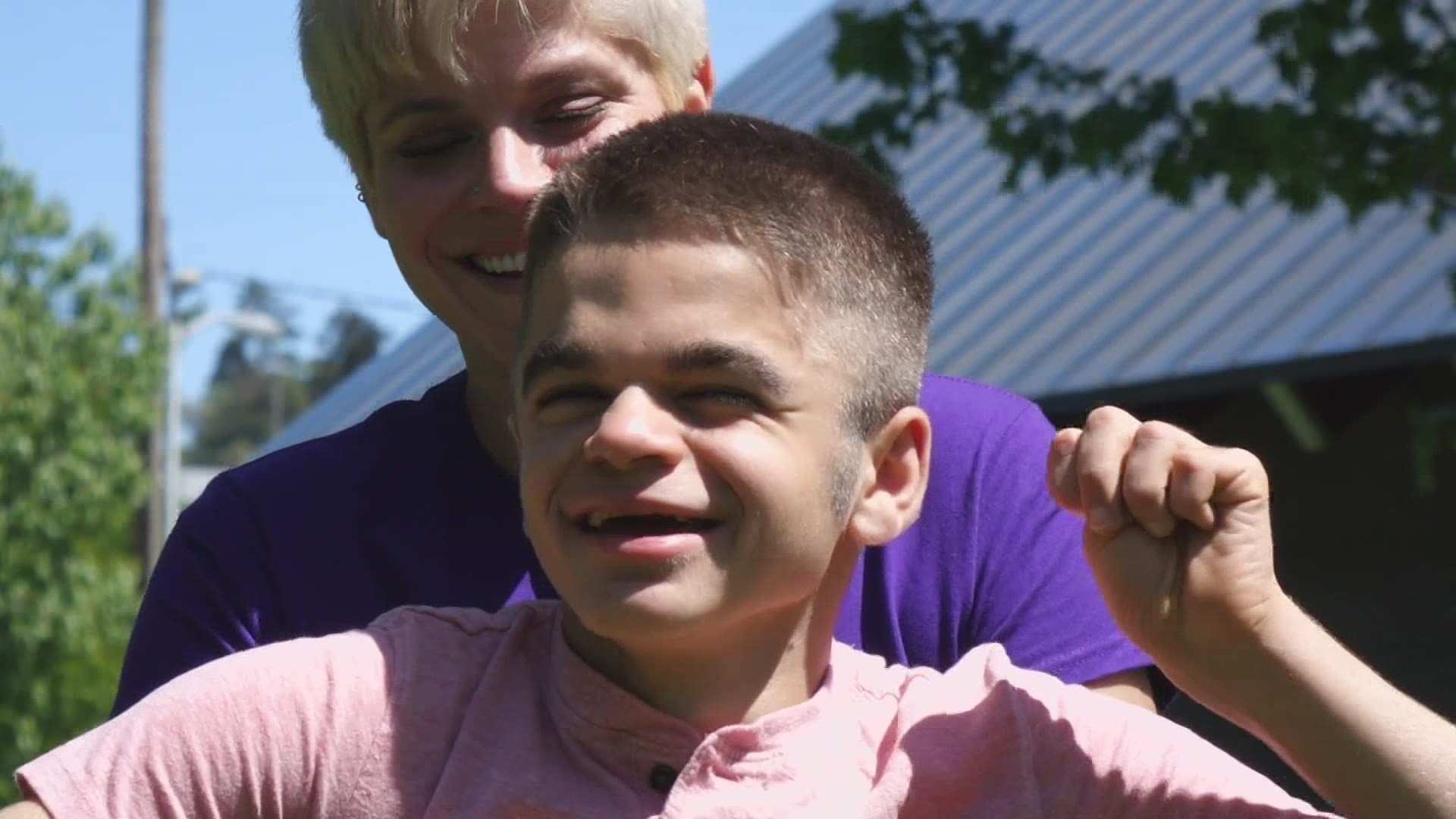 "He loves to jump, hike, he loves to run races," Pacl said. "The best way to describe him is he's just very, very happy and full of life."

However, unlike other 13-year-olds, every day Logan battles against an ultra-rare disease: Sanfilippo syndrome.

"Sanfilippo is a devastating disease that attacks children's brains and bodies every moment of every day," said Dr. Cara O'Neill with the Cure Sanfilippo Foundation.

Sanfilippo syndrome is a terminal disease with no cure and no treatment. It affects one in 70,000 children and is a genetic condition that affects the metabolism of complex molecules and results in severe damage to the entire body, as well as clogging the brain with toxins.

The effects of Sanfilippo syndrome start at birth but are often not detected until the ages of 2-6 years old. The disease has a 100% mortality rate with children typically passing away in their mid to late teen years.

Logan's parents first noticed differences in Logan's behavior when he was around 12 months old. Logan is a twin, and he was developing at a slower rate than his brother. His speech and walking were noticeably delayed.

Logan is preparing to celebrate his 14th birthday and the family is pushing to raise awareness to fund the vital research that they hope will lead to a cure.

As a part of Pacl's campaign to raise awareness about Sanfilippo syndrome, she's found a dedicated audience on social media. In just 3 months, she's racked up over 1 million followers on TikTok.

"It's so amazing, we have been able to connect with so many people and educate them on what Sanfilippo is," she said.

May 15 is National Mucopolysaccharidosis (MPS) Awareness Day. Sanfilippo syndrome is also known as MPS III. Pacl says raising awareness is a critical part of the battle against Logan's ultra-rare diagnosis to help efforts boost their efforts to fundraise for clinical trials.

The Cure Sanfilippo Foundaion was established in 2013 by Dr. O'Niell, whose daughter has Sanfilippo Syndrome. The foundation has successfully united families across the globe who are on a mission to find a cure.

"We need help getting these children diagnosed properly and early," O'Niell said.

In the meantime, Pacl said her family tries to make the best of every day.

"We're just living in the moment. That's really all we can do."

To learn more about Sanfilippo Syndrome and support the foundation's research, visit their website.