Not only did Ross live in Spokane when he was stationed at Fairchild Air Force Base, he was also friends with Spokane-area painter John Thamm. 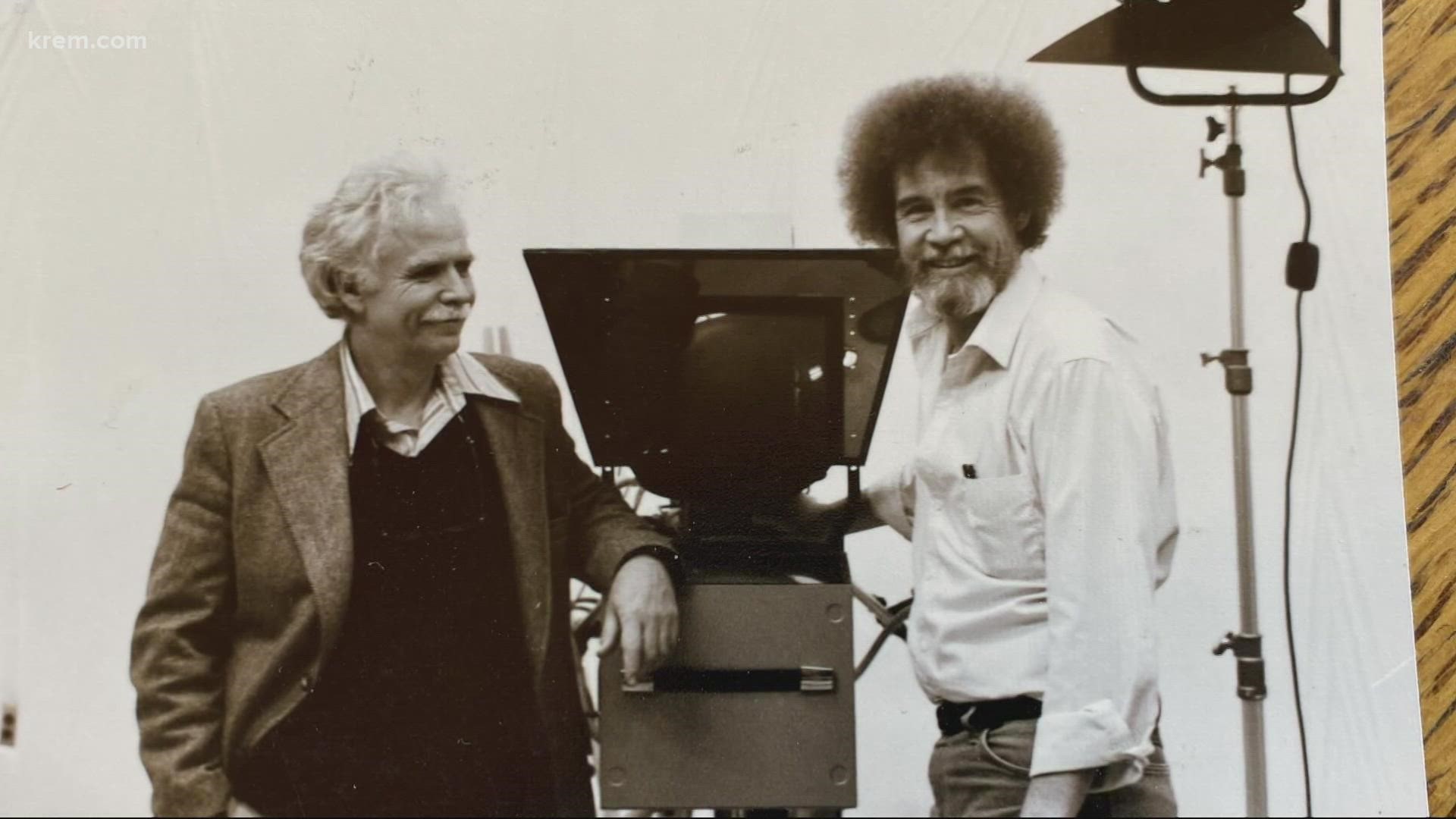 The release of a new Netflix documentary that detailed Ross' life also revealed his multiple ties to the Spokane area.

Not only did Ross live in Spokane when he was stationed at Fairchild Air Force Base, he was also friends with Spokane-area painter John Thamm. He is an experienced portrait and landscape painter and courtroom sketch artist.

The two became friends at Fairchild and would regularly paint together at Thamm's studio in Peaceful Valley. They remained good friends until Ross died of lymphoma in 1995.

“Often times people present themselves as one thing on camera and they’re something else entirely off camera,” Thamm said. “Bob was the same guy all the way through.”

Credit: KREM
This was the last portrait John Thamm painted of Bob Ross before he died in 1995.

When Thamm talked with KREM 2 about the documentary and his friendship with Ross, he wanted to make it clear that he was primarily that, his friend.

"I always make it as clear as I can that I was not Ross’ instructor, he knew a whole lot before he ever got to me,” Thamm said.

Thamm said he misses Ross a lot and thinks of him often. When reminiscing about their friendship, he detailed how often the two painted together and how the mutual respect they had for one another was clear.

“The way things worked before Bob passed away was he’d call me, usually in the middle of the night, and would want to know if I’d be willing to go here, there or elsewhere to do a workshop," Thamm said. "I was always happy to accommodate him.”

As for the documentary, Thamm said he thought it was excellent. His only critique was that it should've been made 25 years earlier.

Credit: KREM
Recreation of a portrait by John Thamm that was discovered by the Kowalski's.

"Bob was such a remarkable guy," Thamm said. "He was for real."