The video from the PAC Dance Team at Walden Grove High School in Arizona has been viewed more than 1.6 million times since it was posted on Sept. 6. 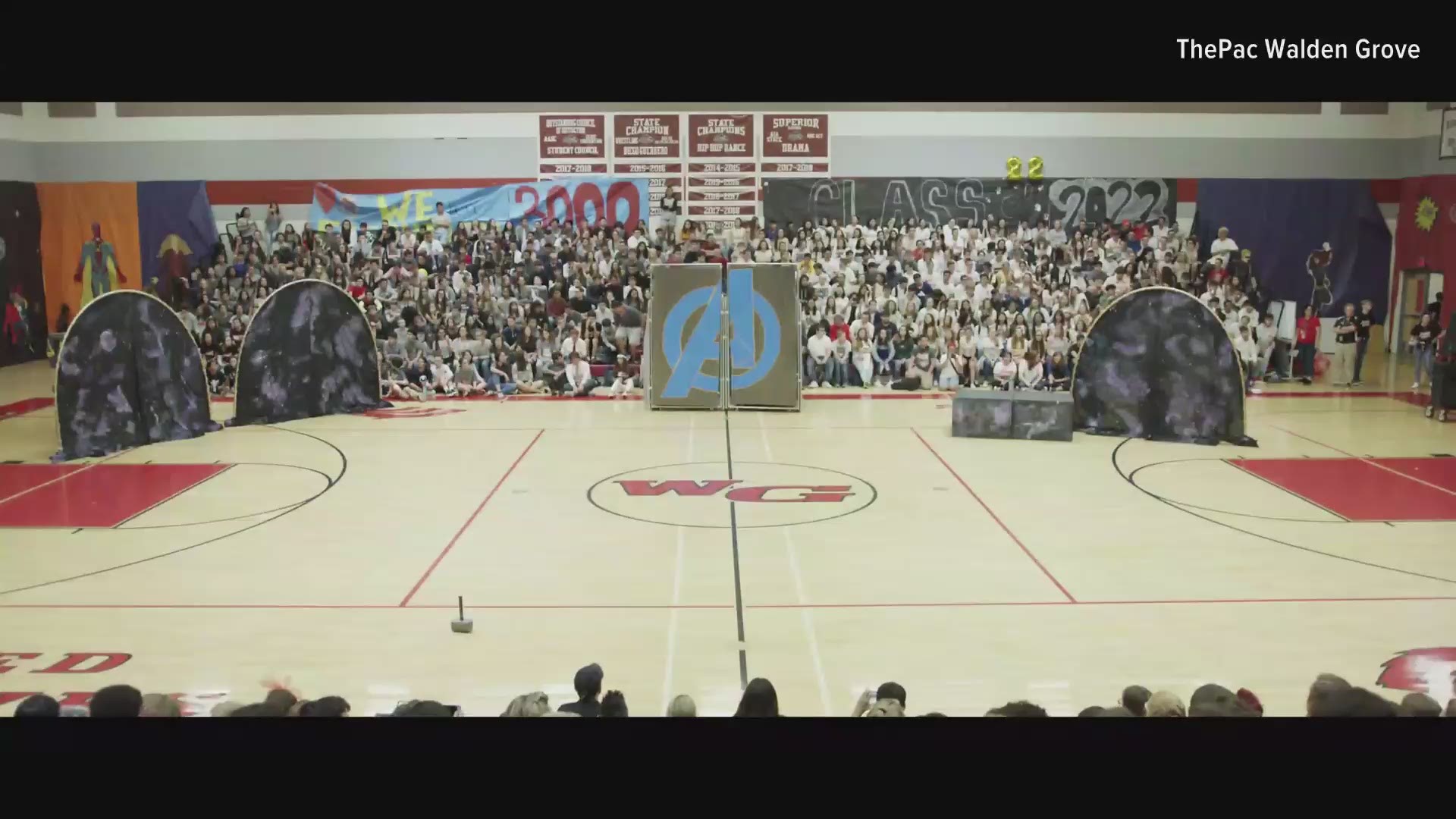 PHOENIX — An Arizona high school's dance team kicked off its homecoming in a way made for superheroes.

Video of the performance from the PAC Dance Team at Walden Grove High School in Sahuarita has gone viral.

Since it was posted on YouTube on Sept. 6, it has gained more than 2 million views as of Friday.

The 7-minute performance travels outside the Marvel universe though, bringing in pop culture songs such as "Outta Your Mind" by Lil' Jon, "Beautiful Soul" by Jesse McCartney and "4 Minutes" by Madonna and Justin Timberlake.

The commenters were amazed by their superhero-style moves.

"Are you kidding me??? I would literally pay to see this live!" one comment read.

"Their coordination isn’t human, but superhuman," read another.

But the comment that seemed to most accurately represent the video?

"Anyone else notice all of the state championships for dance on the walls? Yeah, that seems accurate."

Will the Avengers dance to save the universe? Or will Thanos destroy mankind as we know it?

It's a performance you just have to see for yourself: