'59 Diner reopens in a different form

The '59er Diner, known across the Northwest for its frothy milkshakes, has reopened as a food truck.

The move is a temporary fix, as the owner awaits construction of a new building.

"We just didn't want to go another summer with no business," said owner Joe Canatta. "The people want us open and we want to be open."

The 23-year-old diner was destroyed by fire one year ago. Canatta pledged to rebuild, but the process has proven cumbersome. The new diner was scheduled to be complete by now, but design and permitting delays have pushed construction back until late summer.

The food truck serves the '59er's signature burgers and shakes.

"In this day and age we're hip and cool for doing this," Canatta laughed. "That's alright. It works out good." 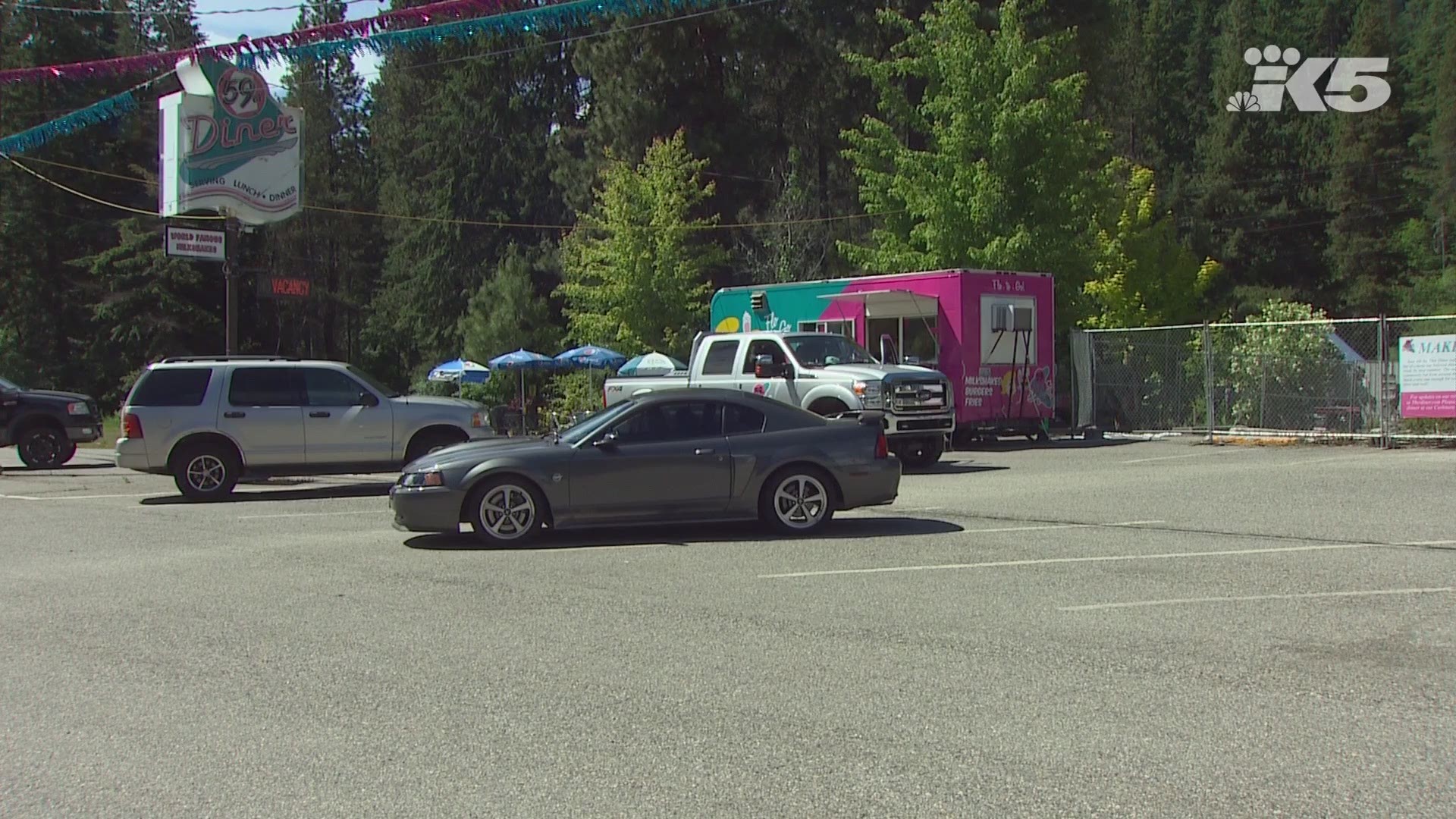 The charm of the 50s-themed diner is gone. The vintage jukebox has been replaced by an iPod.

The heart and soul of the diner remain, however, in longtime workers like Justy Hedrick.

"I'm still excited that we're open," she smiled. "I see people coming in and it's like come on over! Let's do this!"

Don and Kathy Swenson of Shoreline stopped in their tracks when they saw the open sign.

"We turned right around. We always stop here," said Don. "It's good to see it back open."

Dave Anderson brought his grandson, Carter, for his first '59er milkshake experience – making memories as sweet as the shakes themselves.

"To get a '59er diner milkshake is the best thing we can do while I'm up here," said Carter.

The diner pumped out 40,000 milkshakes the year before the fire. As of Monday, they had served up about 50.

To Canatta, it's a start, and a taste of bigger things to come.

"We know sooner or later there's gonna be another diner here and we'll still be having fun," he said.