3 brothers served their country in Afghanistan – only one survived

Beau Wise is a recipient of the Department of Defense's "Sole Survivor" designation. He recounts his story and pays tribute in his memoir, "Three Wise Men". 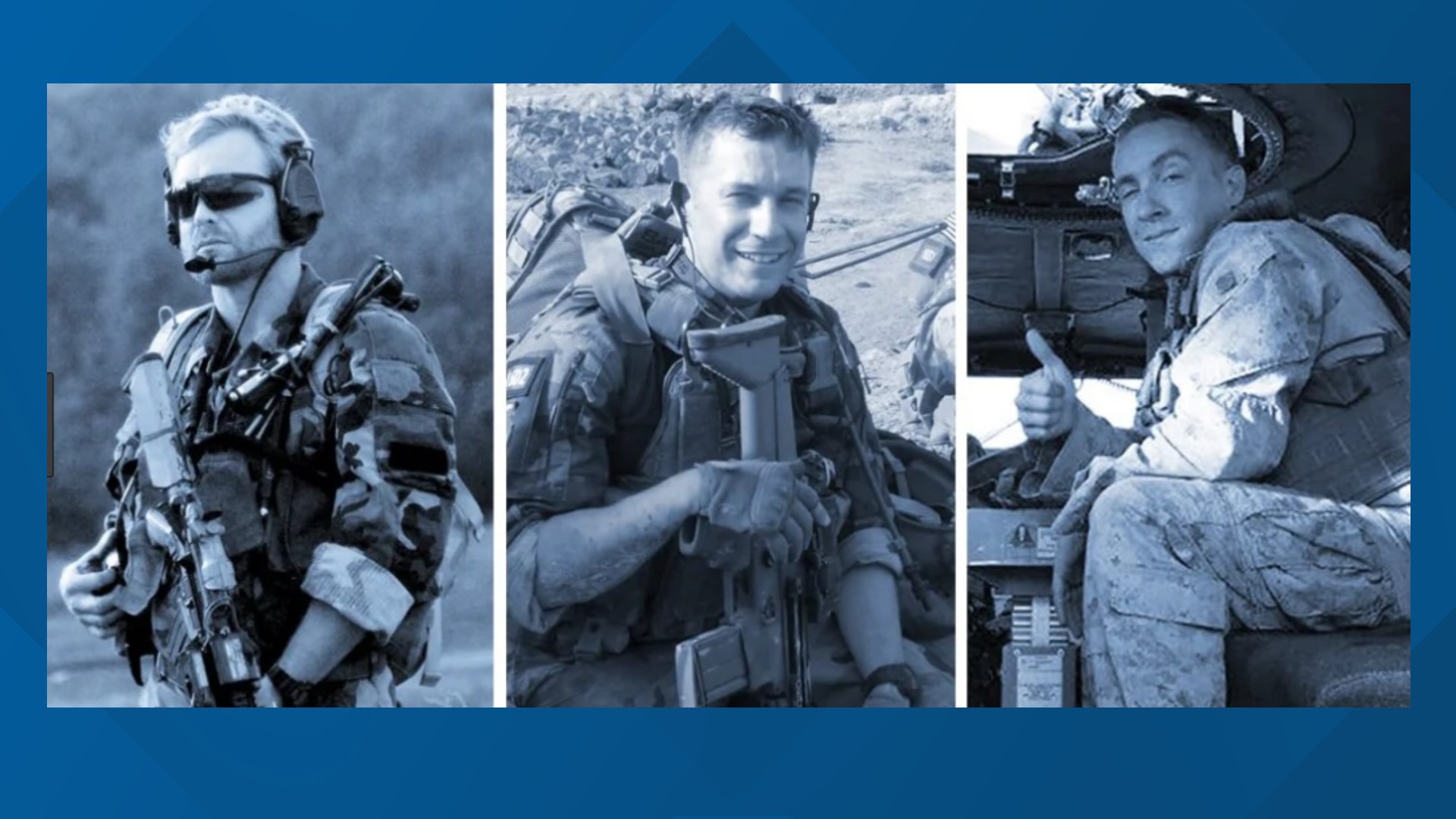 SEATTLE — In the two decades-long war in Afghanistan, only once has an active duty combat member been pulled from duty due to the deaths of  two family members in war. Beau Wise is that man. His brother, Navy SEAL combat veteran Jeremy Wise was killed in a suicide bombing that targeted the CIA and less than 3 years later his brother ,U.S. Army Green Beret Ben Wise, was fatally wounded during a firefight with the Taliban.

Ben Wise, recipient of the Department of Defense's "Sole Survivor" designation, recounts the story and pays tribute to his fallen brothers in his memoir, Three Wise Men.

ABOUT THE BOOK: "From Beau Wise and Tom Sileo comes Three Wise Men, an incredible memoir of family, service and sacrifice by a Marine who lost both his brothers in combat--becoming the only "Sole Survivor" during the war in Afghanistan.

Shortly after the 9/11 attacks, three brothers by blood became brothers in arms when each volunteered to defend their country. No military family has sacrificed more during the ensuing war, which has become the longest ever fought by America’s armed forces.

While serving in Afghanistan, US Navy SEAL veteran and CIA contractor Jeremy Wise was killed in an al Qaeda suicide bombing that devastated the US intelligence community. Less than three years later, US Army Green Beret sniper Ben Wise was fatally wounded after volunteering for a dangerous assignment during a firefight with the Taliban. Ben was posthumously awarded the Silver Star, while Jeremy received the Intelligence Star—one of the rarest awards bestowed by the U.S. government—and also a star on the CIA’s Memorial Wall.

United States Marine Corps combat veteran Beau Wise is the only known American service member to be pulled from the battlefield after losing two brothers in Afghanistan. Told in Beau’s voice, Three Wise Men is an American family’s historic true story of service and sacrifice." macmillan.com