A curated list from the staff at the Seattle Public Library - so you know it's good! 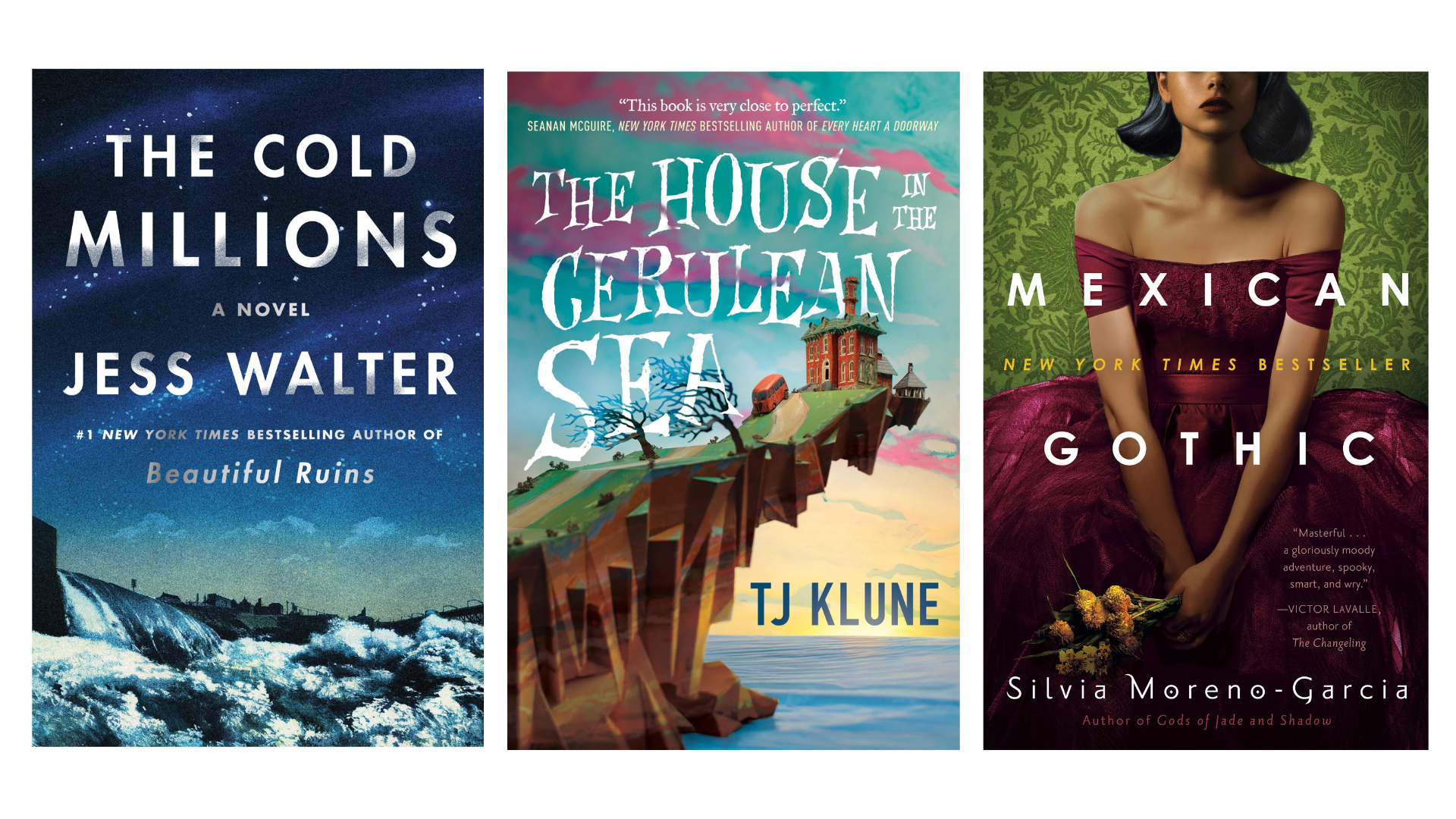 SEATTLE — Misha Stone from Seattle Public Library joins us with some of SPL staff's 2020 picks for top reads in adult fiction.

The City We Became by N. K. Jemisin

In Manhattan, a young grad student gets off the train and realizes he doesn't remember who he is, where he's from, or even his own name. But he can sense the beating heart of the city, see its history, and feel its power.

In the Bronx, a Lenape gallery director discovers strange graffiti scattered throughout the city, so beautiful and powerful it's as if the paint is literally calling to her.

In Brooklyn, a politician and mother finds she can hear the songs of her city, pulsing to the beat of her Louboutin heels.

And they're not the only ones.

Every great city has a soul. Some are ancient as myths, and others are as new and destructive as children. New York? She's got six.

After receiving a frantic letter from her newly-wed cousin begging for someone to save her from a mysterious doom, Noemí Taboada heads to High Place, a distant house in the Mexican countryside. She’s not sure what she will find—her cousin’s husband, a handsome Englishman, is a stranger, and Noemí knows little about the region.

Noemí is also an unlikely rescuer: She’s a glamorous debutante, and her chic gowns and perfect red lipstick are more suited for cocktail parties than amateur sleuthing. But she’s also tough and smart, with an indomitable will, and she is not afraid: Not of her cousin’s new husband, who is both menacing and alluring; not of his father, the ancient patriarch who seems to be fascinated by Noemí; and not even of the house itself, which begins to invade Noemi’s dreams with visions of blood and doom.

Her only ally in this inhospitable abode is the family’s youngest son. Shy and gentle, he seems to want to help Noemí, but might also be hiding dark knowledge of his family’s past. For there are many secrets behind the walls of High Place. The family’s once colossal wealth and faded mining empire kept them from prying eyes, but as Noemí digs deeper she unearths stories of violence and madness.

And Noemí, mesmerized by the terrifying yet seductive world of High Place, may soon find it impossible to ever leave this enigmatic house behind.

The House in the Cerulean Sea by TJ Klune

Linus Baker is a by-the-book case worker in the Department in Charge of Magical Youth. He's tasked with determining whether six dangerous magical children are likely to bring about the end of the world.

Arthur Parnassus is the master of the orphanage. He would do anything to keep the children safe, even if it means the world will burn. And his secrets will come to light.

The House in the Cerulean Sea is an enchanting love story, masterfully told, about the profound experience of discovering an unlikely family in an unexpected place—and realizing that family is yours.

The Cold Millions by Jess Walter

An intimate story of brotherhood, love, sacrifice,  and betrayal set against the panoramic backdrop of an early twentieth-century America that eerily echoes our own time, The Cold Millions offers a  kaleidoscopic portrait of a nation grappling with the chasm between rich and poor, between harsh realities and simple dreams.

The Dolans live by their wits, jumping freight trains and lining up for day work at crooked job agencies. While sixteen-year-old Rye yearns for a steady job and a home, his older brother, Gig, dreams of a better world, fighting alongside other union men for fair pay and decent treatment. Enter Ursula the Great, a vaudeville singer who performs with a live cougar and introduces the brothers to a far more dangerous creature: a mining magnate determined to keep his wealth and his hold on Ursula.

Dubious of Gig’s idealism, Rye finds himself drawn to a fearless nineteen-year-old activist and feminist named Elizabeth Gurley Flynn. But a storm is coming, threatening to overwhelm them all, and Rye will be forced to decide where he stands. Is it enough to win the occasional battle, even if you cannot win the war?