The Navy's first woman commander takes over in Bremerton

There was a historic changing of the guard at Puget Sound Naval Shipyard and Intermediate Maintenance Facility last week. 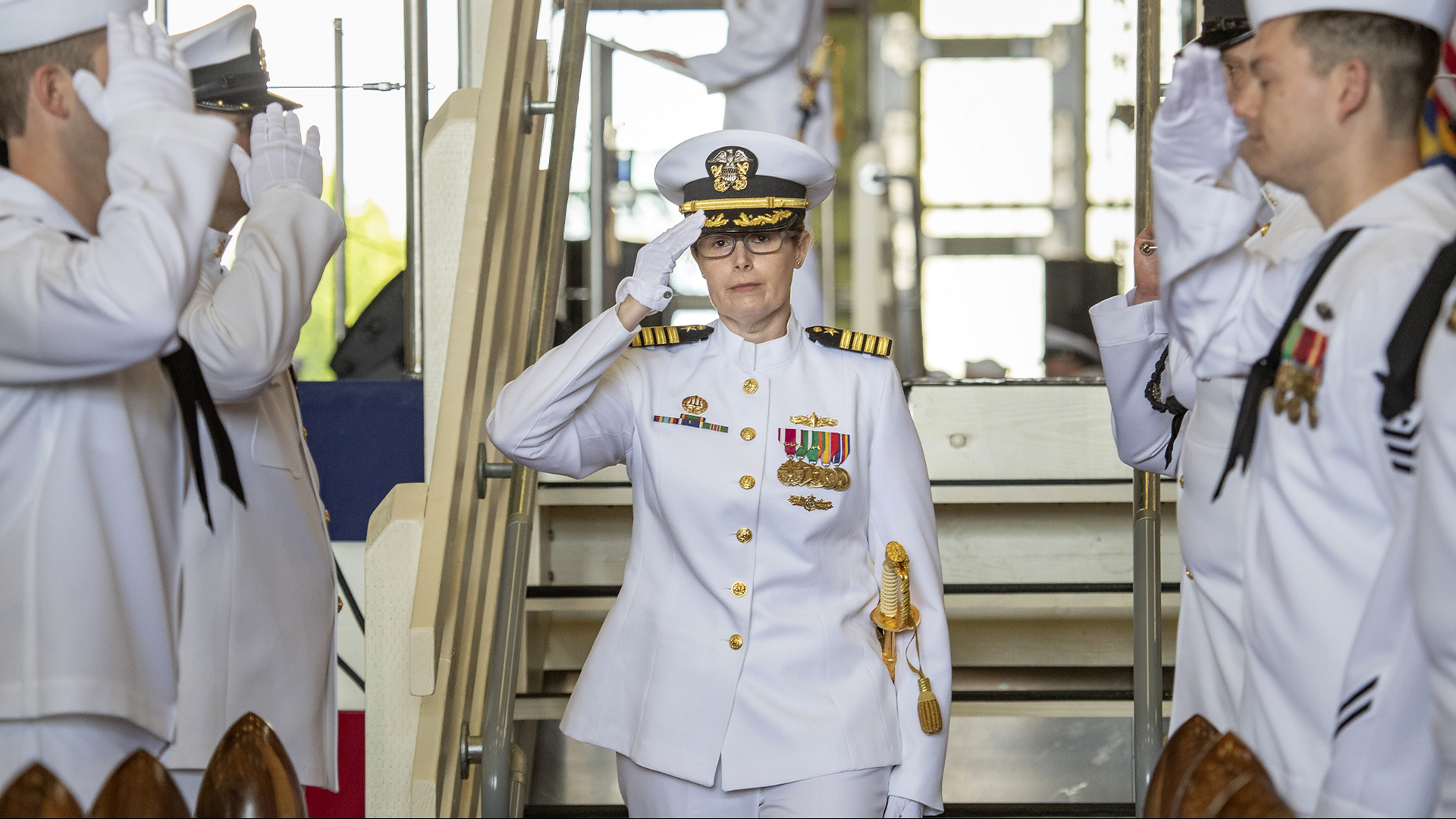 SEATTLE — Puget Sound Naval Shipyard and Intermediate Maintenance Facility underwent some change last week, and with it a landmark accomplishment.

Captain Dianna Wolfson replaced Captain Howard Markle as Commander at the change of command ceremony June 12. Captain Wolfson is now the first woman to command a Navy shipyard, ever.

"I'm very grateful and humble to be in this timing to be here today," Wolfson said.

Previously serving aboard USS George Washington and USS Carl Vinson, she will now command the Bremerton shipyard's 15,000 employees and Sailors.

Her father was in the U.S. Army and Wolfson said that she didn't picture her life going any other way than serving in the military. She entered the Merchant Marine Academy after she graduated high school.

Originally, she went through the nuclear power pipeline as a surface warfare officer. The first aircraft carrier she was on was the USS George Washington, she said.

She wanted to do something different later, though. She decided to laterally transfer into the engineering duty officer program.

"I just fell in love with maintenance," she said.

Now she oversees the entire shipyard and the crews that maintain aircraft carriers and submarines, and retire vessels.

"I may be the fist female shipyard commander of a public shipyard but there have been a number of women that have preceded me; in the Navy, and in other branches of the military," Wolfson said.