Dr. Skylar Pond shared more about taking part in Steve Austin's Broken Skull Challenge for the second time, and shared several exercises anyone can do to help build flexibility. 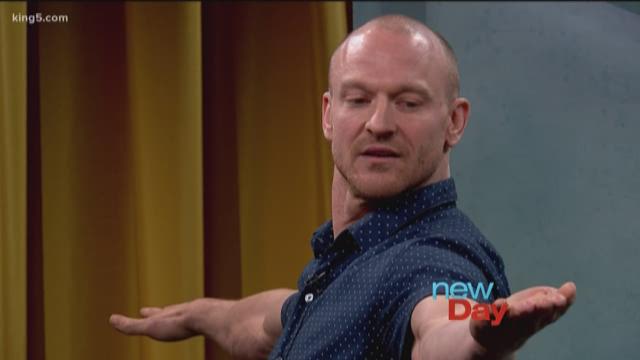 It's called the most physically demanding competition series on TV. Steve Austin's Broken Skull Challenge was personally designed by the pro wrestling icon, and competitors include pro athletes and other men and women who train or compete at the highest levels.

The fifth season, currently underway, features a Seattle sports chiropractor who's taking part for the second time. Dr. Skylar Pond shared more about his experience and shared several exercises anyone can do to help build flexibility.