Get the recipe! The historic Whidbey Island Inn is just a hop, skip, and jump from Seattle and has garnered national attention as an exceptional waterfront getaway. 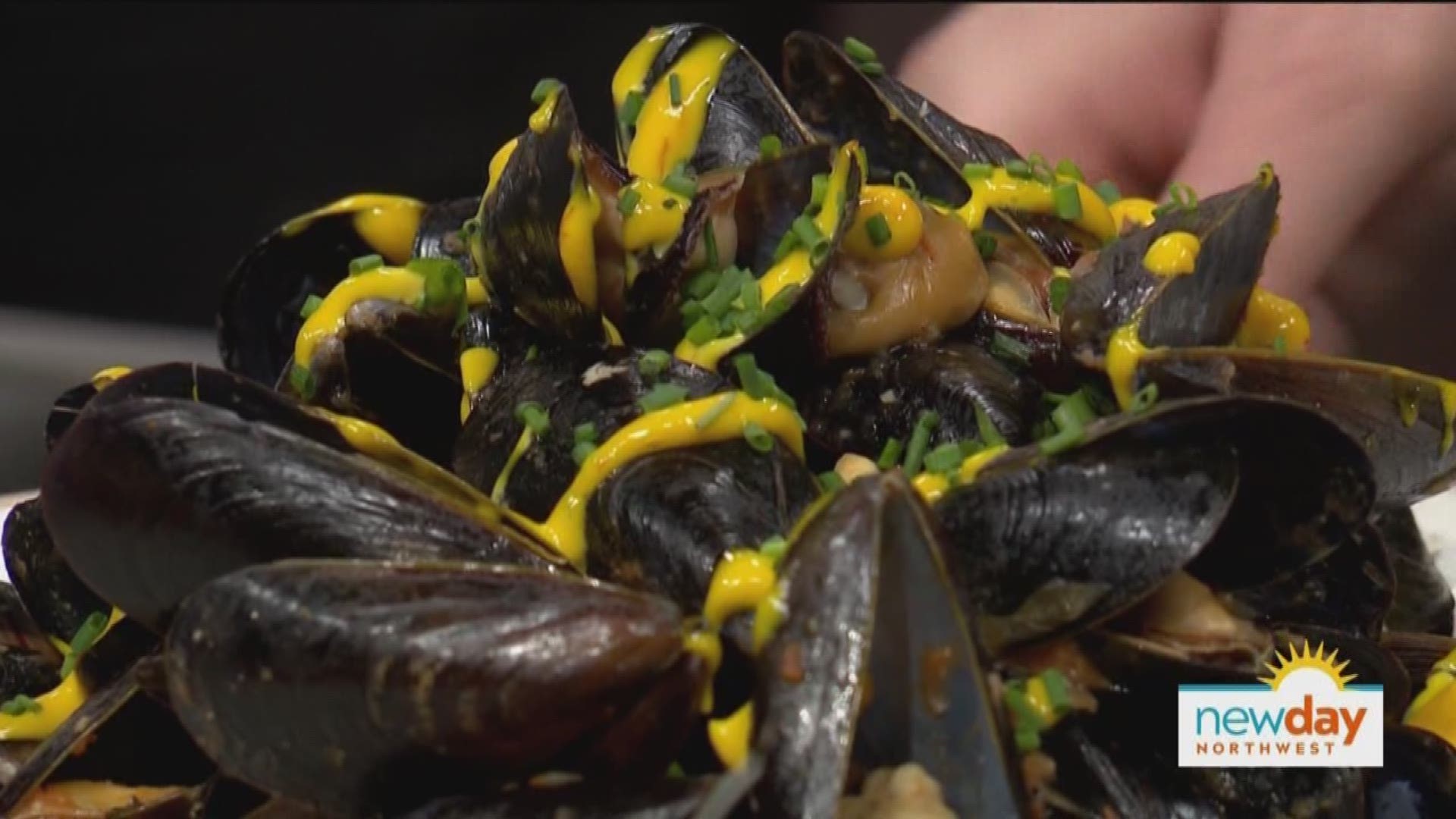 SEATTLE — Captain Whidbey Inn was built in 1907 on Whidbey Island. It's about an hour North of Seattle and accessible by road (over the amazing Deception Pass Bridge), ferry, or seaplane. It sits on a 6-acre waterfront property on Penn Cove and has 30 historic rooms, suites, and cabins.  It's got national attention and been featured in both Sunset Magazine and Vogue for being an amazing Pacific Northwest getaway.

Executive Chef Eric Truglas tells us more about what makes the Captain Whidbey Inn special and shares the recipe for their tasty Seafood Cioppino.

In a large, heavy pot, heat the olive oil until shimmering. Add the shallot, garlic and basil and cook over moderately high heat, stirring, until the shallot is translucent, about 2 minutes. Add the cherry tomatoes and cook until the skins loosen and the tomatoes soften, about 3 minutes. Stir in the wine and simmer over moderate heat until reduced by half, about 8 minutes.

Pass the crushed tomatoes and their juices through a food mill into a large bowl.

Add the crushed pureed tomatoes and saffron to the pot and bring to a simmer. Cover and cook for 40 minutes. Let cool slightly, then strain the broth through a sieve into a large bowl, pressing on the solids; you should have about 7 3/4 cups of broth. Season with salt.

In the pot, heat the olive oil until shimmering. Add the leek, fennel, celery, oregano and crushed red pepper and cook over moderately high heat, stirring, until the vegetables have softened, about 3 minutes. Pour in the tomato broth and bring to a simmer. Add the Penn Cove Mussel and cook for 8 minutes, shaking the pot occasionally.

Transfer the Penn Cove Mussels to a large serving bowl. Season the cioppino with salt. Pour the tomato broth over the Mussels. Garnish with parsley and serve with Grilled slices Country Bread and Saffron Aioli.