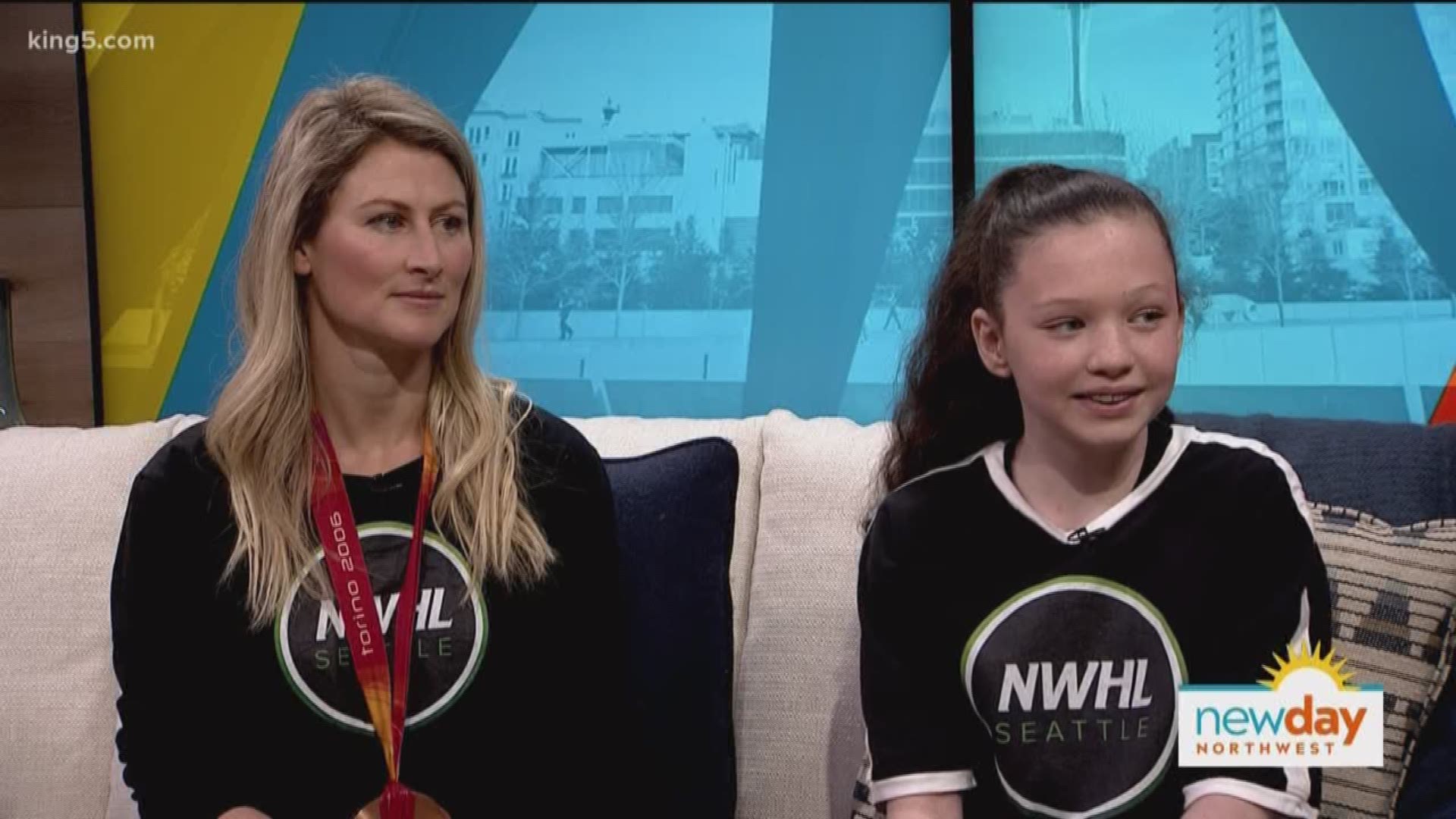 For comparison, the Canadian Women's Hockey League has six women's teams. There are 31 total men's teams in the National Hockey League, and 24 of them are in the U.S. With the addition of the Seattle team, that number will be 25.

NWHL to Seattle spokeswoman Kelly Stephens-Tysland is well-placed to speak about the benefits of bringing professional women's hockey to Seattle. The Shoreline native was a member of the U.S. Women's hockey team that won bronze at the 2006 Winter Olympics in Torino and captained the University of Minnesota's women's hockey team to back-to-back NCAA National Championships in 2004 and 2005.

"There's so much opportunity, there's so much potential," Tysland said. "And to have a pro women's team would give them mentorship, only raise the bar for the community and it's a great game."

"It'd just be amazing because I think it would encourage so many girls to start striving for that goal of being on that team," 11-year-old Paige Nottingham from Everett said. Paige plays elite hockey for the Washington Wild's 12UAA team and said she is excited at the prospect of one day being able to play professional hockey in Seattle.

Connect with NWHL to Seattle on social media: