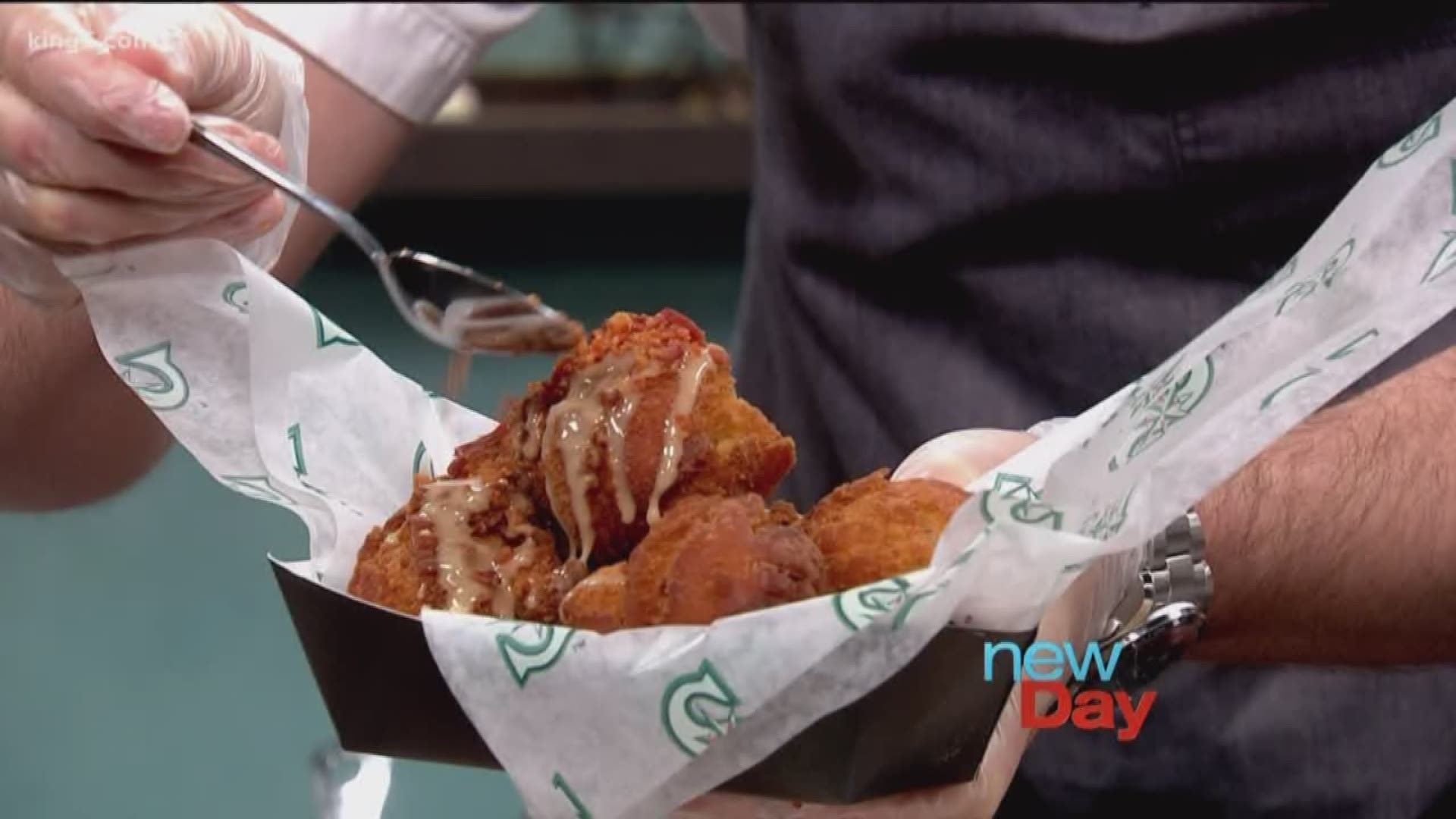 Several new restaurants and lots of new snacks have joined old favorites in The Pen and elsewhere in the stadium, just in time for this week's Mariners home opener.

Safeco Field's Executive Chef Taylor Park shows us some mouthwatering new subs at the Sultan of Sandwich in The Pen and the fabulous new donut bar at Safeco Field!

The Mariners' home opener is this Thursday, March 29, when the Cleveland Indians come to town. First pitch is scheduled for 7:10 pm. Felix Hernandez will make his tenth consecutive home opener start and you can bet the King's Court will be in full force.

Here are some of the highlights of the pregame ceremony:

Re-entry is no longer allowed at Safeco Field. Starting this season, fans can no longer scan out and re-enter later with the same ticket. This change in policy brings Safeco Field in line with the majority of other MLB facilities and in compliance with MLB recommended best practices for fan safety. Fans are reminded to give themselves plenty of time to pass through bag check and walk-through metal detectors at security checkpoints at all gates. Also note, bags are restricted to 16” x 16” x 8”. No oversized bags will be allowed inside Safeco Field. A paid locker service is available on the plaza next to the Safeco Field parking garage.

Safeco Field has two CLEAR Lanes to expedite entry. Registration is free, takes only a few minutes and fans can begin using the CLEAR Lanes immediately after signing up.

It is now okay to bring in one, sealed, clear plastic water bottle per fan. The bottles must be 32 ounces or smaller. Open containers, or bottles containing other drinks, are still prohibited.