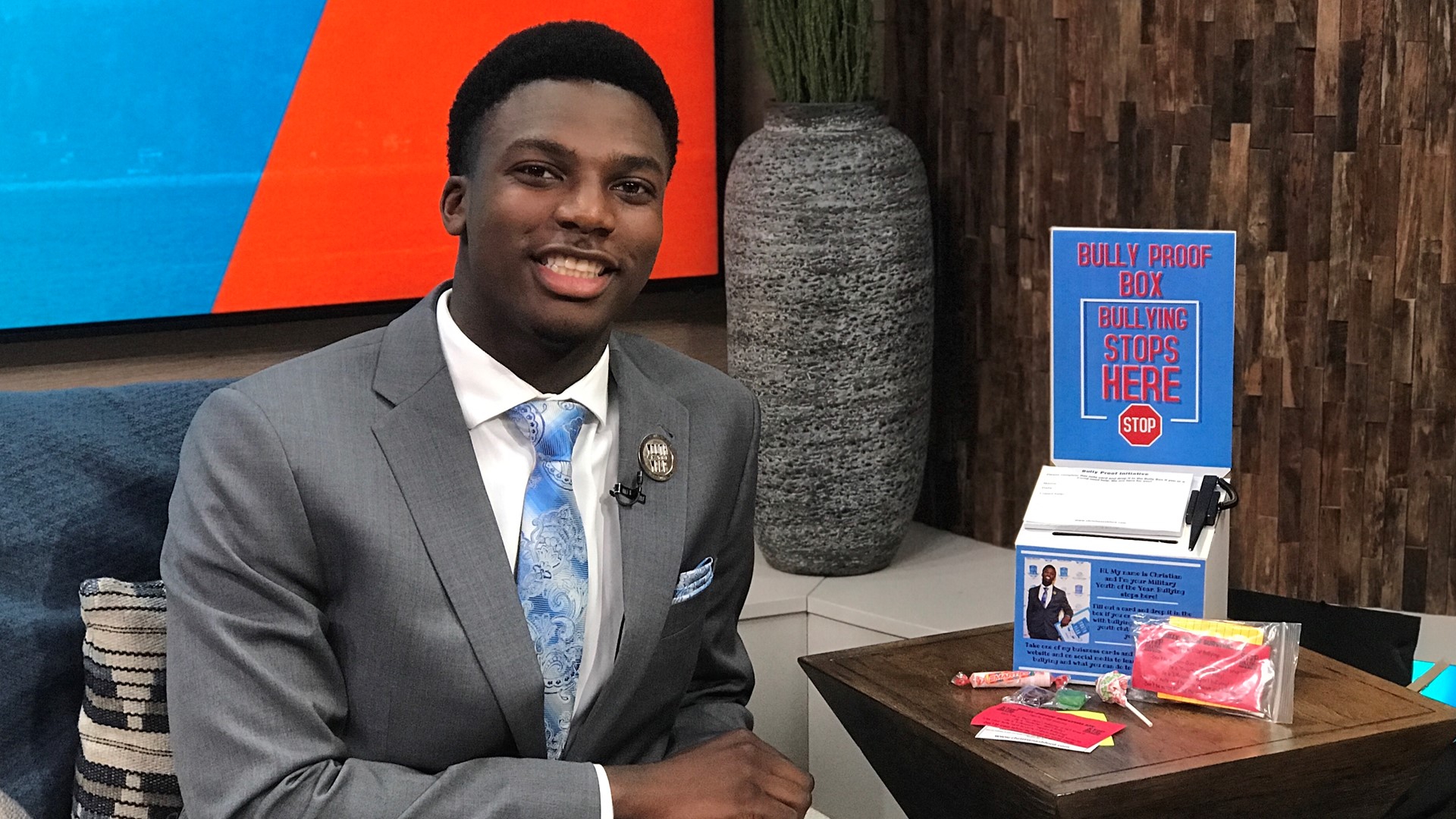 JOINT BASE LEWIS-MCCHORD, Wash. — A teenager from Joint Base Lewis McChord is up for a national award after being selected as the 2019 Boys & Girls Club of America Pacific Military Youth of the Year for his efforts to stop teen bullying.

Christian Ashford, 17, got the idea for the "Bully Proof" anti-bullying initiative after talking with a friend about bullying in their high schools.

Ashford grew up in Virginia and said he was bullied, “When I went to sixth grade, I was a minority at the school, so I was bullied for the way I talk, because I had a heavy southern accent and my skin color didn’t match everyone else’s, so people really made fun of me for that.”

Through his initiative, Ashford created the “Bully Box,” a way for students to anonymously write down a report of bullying they see or experience and drop it in the box and then it gets reported to staff members.

Ashford said he ended up overcoming his bullying with the help of his parents and teachers, but not all kids feel comfortable doing that, so offering something where they can remain anonymous is helpful.

“It’s to help kids really have a voice,” said Ashford, “because for me it was hard to talk to a teacher or even talk to my mom about what was going on, so I wanted to make it easier for the kids themselves.”

Ashford also encourages parents to have open discussions with their children about bullying and other topics so their child feels safe coming forward if they do experience bullying.