Glenn is hosting a new special called "Scorched Earth," which takes a deep dive into the growing threat of wildfires in Washington state. #newdaynw 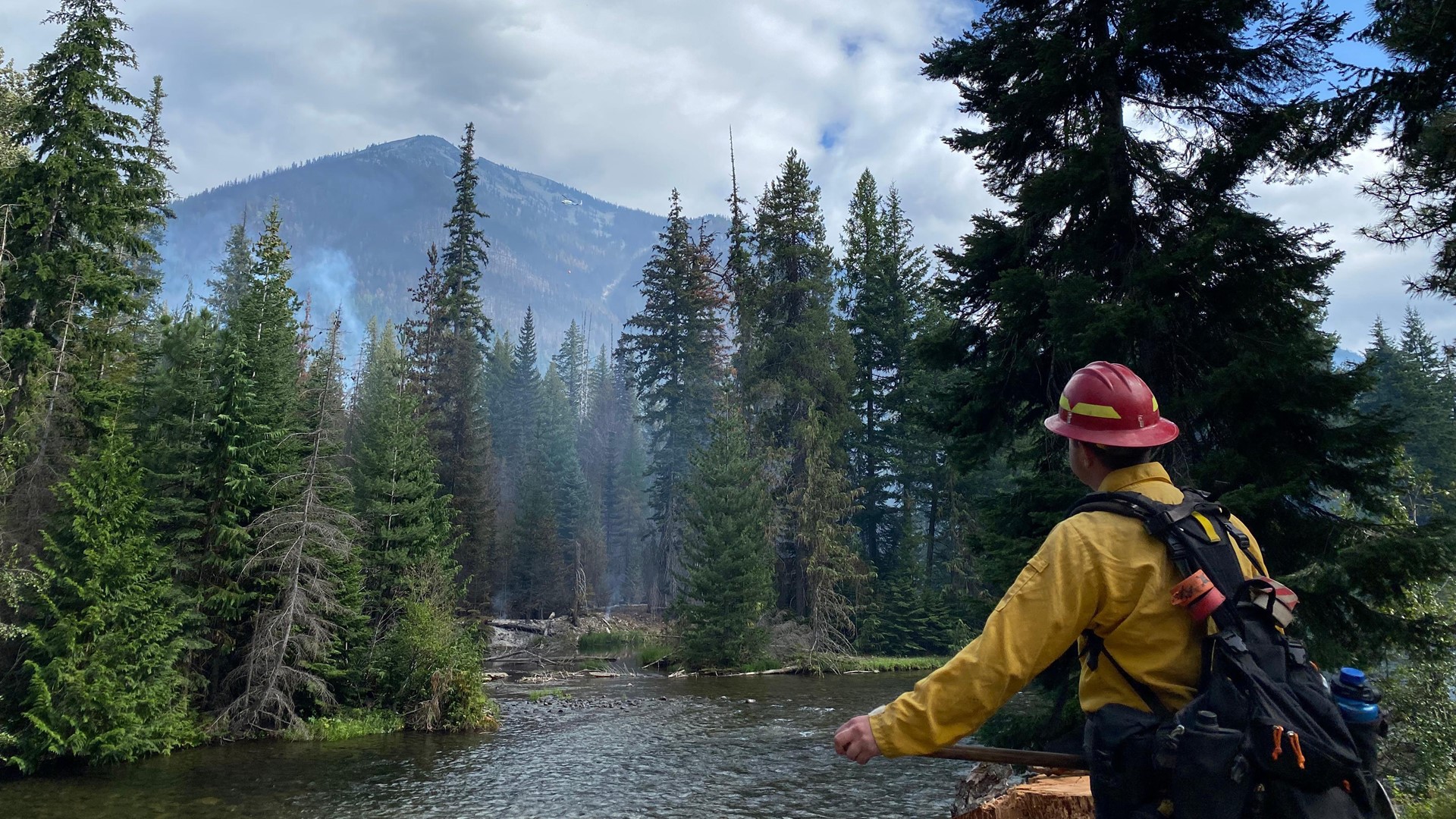 Wildfires pose a threat every summer here in the northwest. But increasingly hot temperatures and dry conditions are compounding the problem.

KING 5's Glenn Farley takes a deep dive into the growing threat and the impact on both sides of the Cascades in a new special called "Scorched Earth" airing Sept. 9 on KING 5 at 9 p.m. A repeat will air Sunday, Sept. 12 at 9 a.m.

For years now, wildfires have continued to get worse.

Climate change, which means higher temperatures, and drier summers are just two reasons there has been an increase in wildfires.

One thing firefighters worry about when trying to put wildfires out, Farley said, is how the west slope of the Cascades is considerably steeper and more difficult to navigate than the east slope.

"This month a year ago was the worst," Farley said. "We had a 6,000 foot thick blanket of smoke on top of it, which was smoke blown out of Oregon and California, out over the Pacific, and then blown back on us."

We can't always stop fires from happening, but we can work on prevention.

Farley said each of us can stop being an ignition source for fires. A particular concern for the Department of Natural Resources this year was debris burns.

"People on their property, burning off old brush...Those were getting away because the warmer parts of the season were coming earlier and that was causing larger fires," he said.

We have already had a record number of fires this year. The Schnieder Creek fire in the Cascades could become a mega-fire, Farley said. As of Sept. 9, over 99,000 acres have burned.

When fires get this intense, they can impact the nation as a whole.

"It's a resource issue," Farley said.

Part of the problem, he said, is the Department of Natural Resources is trying to manage the forest better, particularly on the east side in terms of removing a lot of fuel build-up that we've been doing through 100 years of fire suppression.

They also want to own more resources or have more aircraft under contract for Washington state, Farley said.

Traditionally, Washington's fire season has come later than other states, and those other big fires suck up a lot of the resources. So, the Department of Natural Resources is trying to save some for Washington, he said.

For example, now there is a tanker base at the Olympia Airport, Farley said. There is a large air tanker that will drop red fire retardant to try and stop a fire's progress.

Additionally, money from House Bill 1168, which will provide $125 million every two years to boost wildfire response, accelerate forest restoration and support community resilience, has already started to roll out, he said.