How to make Keto-friendly Gummy Teddies for your sweetheart 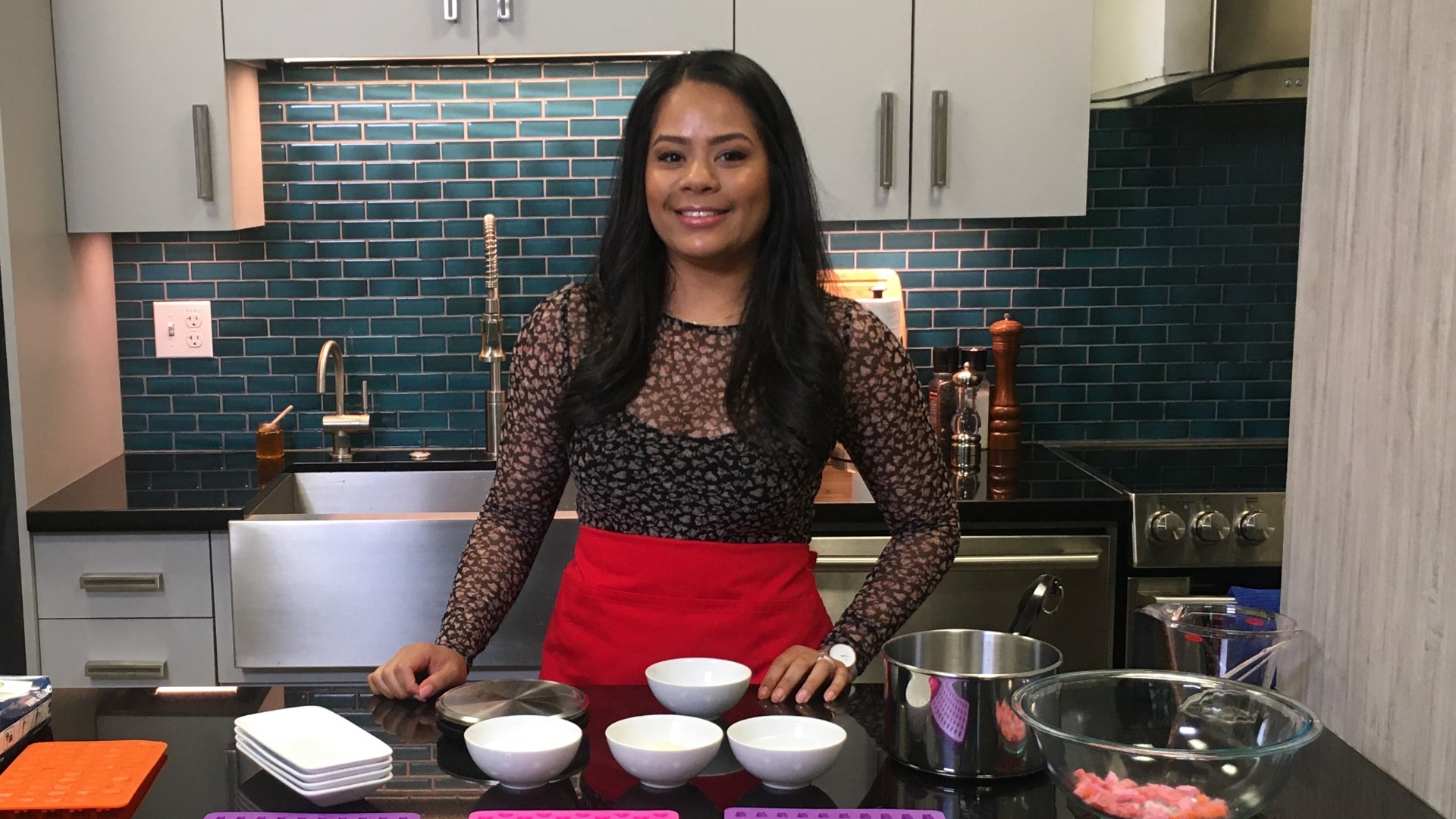 SEATTLE — Show your loved ones how much you care about their heart and their health without cookies or cake this Valentine's Day. Food Network's Halloween Baking Champion Jasmin Bell Smith of Bells Pastries shares her quick recipe for these easy and fun Keto friendly gummy candies.

ABOUT JASMIN BELL SMITH: "At the ripe age of five, Jasmin Bell Smith fell in love with cooking and made the kitchen her permanent “playground” as a child. Experimenting and creating recipes alongside her father, Jasmin found food to be her passion. Jasmin has been featured in several magazines, newspapers, local televised segments, and most recently on National Television with Food Network, as Season 3 Winner of Halloween Baking Championship (Oct. 2017). She was also a Finalist, runner up on a special edition of- Chopped Desserts (Dec. 2015), as well as special guest chef on the Emmy nominated talk show, Pickler & Ben (Sept. 2018). While utilizing her education from the University of Arizona with a bachelors in Fine Arts, Pastry Chef Jasmin Bell Smith is on a mission to share her artistic talents and passion for food with the new generation of 'Foodies'." (Bells Pastries).