The best gardeners around decided this town wasn't big enough for the two of them. 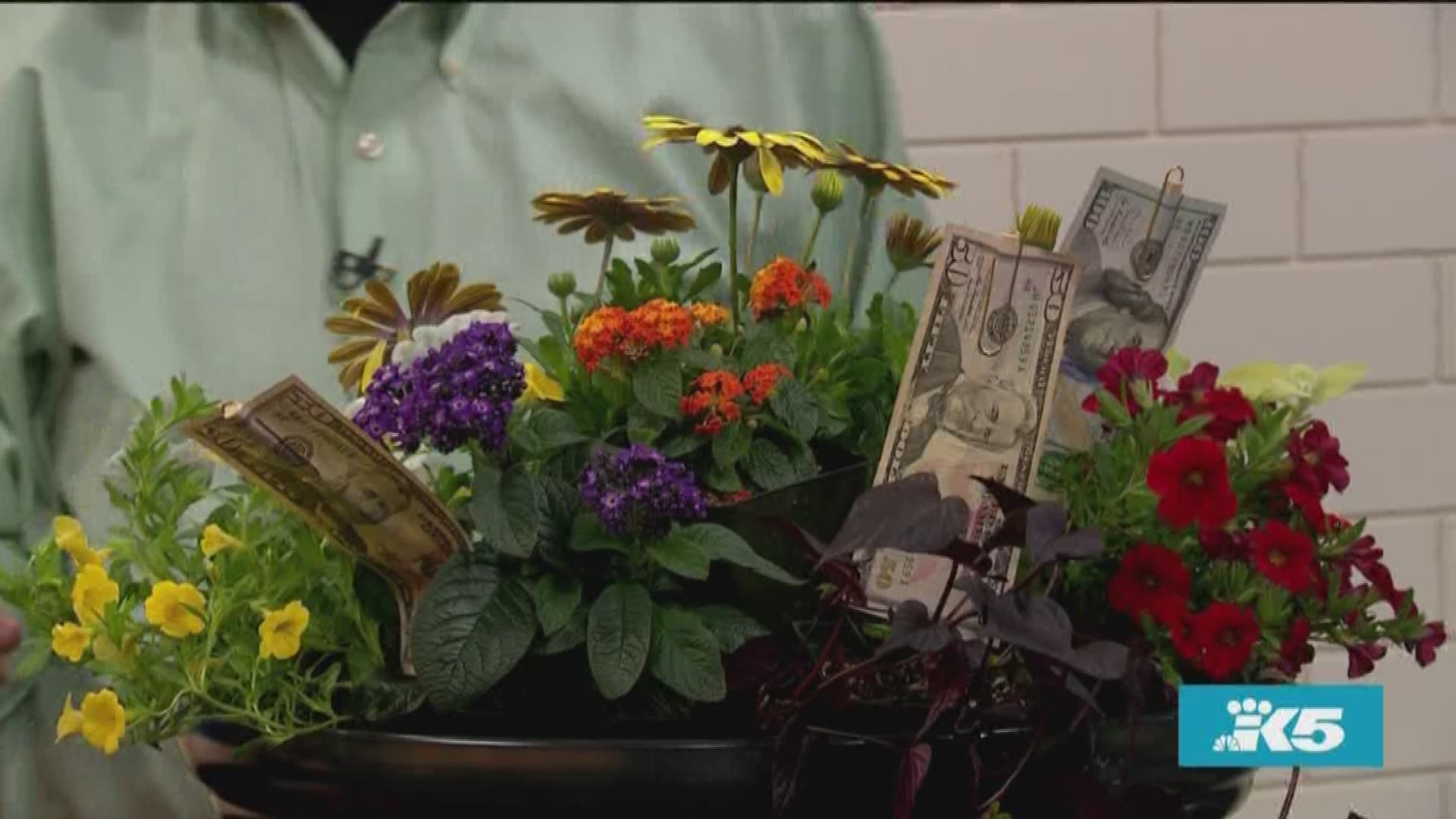 SEATTLE — Ciscoe Morris and Ed Hume threw down in a competition to see who can design the best Mother's Day planter. Who was victorious?

Morris began assembling his planter with a centerpiece of Wilma Goldcrest Monterey cypress, which he said has a lemony smell. "I want a centerpiece that goes with the color of the pot, in proportion to the size of the pot," he explained.

He said he likes to use three of whatever plant he's going to use. His planter featured some high-contrast colors among the flowers, like the fiery Nemesia sunsatia and the rich, Dark Purple African Daisy.

"Whenever we use containers we use texture, we use different foliage colors and we use different heights," Hume explained.  He suggested that people keep the labels for each plant in the planter to know how to care for each one.

"We can mix some of the shade plants in because, remember, the sun is on one side of the container but its fairly shady on the other side," he explained. His planter had a more cascading design and used some Lantana, a flower that attracts butterflies.

Related: Celebrate Mother's Day with Mommy and Me outfits

Related: Ciscoe shows us how to add some color to our yards with Brunnera