Just imagine spending years in prison for a crime you did not commit. That's what happened to Sunny Jacobs, Peter Pringle, and former University of Washington student Amanda Knox. 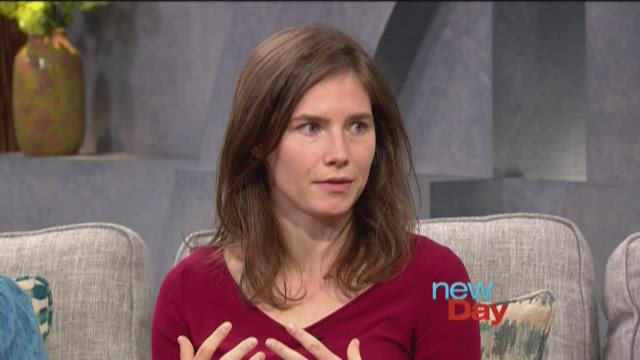 Just imagine spending years in prison for a crime you did not commit. That's what happened to Sunny Jacobs, Peter Pringle, and former University of Washington student Amanda Knox.

Sunny and her husband were convicted in the murders of two police officers in Florida in 1976 and sentenced to death. Their two children went into foster care. She spent 17 years in prison before her conviction was overturned on appeal. Her husband was executed.

Peter was one of three men accused of killing two police officers following a bank robbery in Ireland, and sentenced to death in 1980. Just days before his execution, Ireland's president commuted his sentence to 40 years in prison with out parole. Peter spent 14 years in prison while working to prove his arrest was a case of mistaken identity. He successfully argued his case before Ireland's Court of Criminal Appeals, which overturned his conviction.

Amanda was an exchange student in Italy when she was convicted in the murder of her British roommate. Following a very high profile investigation and trial, she spent four years in prison. An Italian court overturned her conviction after police arrested the man believed to be the actual killer.

Amanda, Sunny, and Peter shared more about their individual ordeals, and how they're working to help reach out help other exonerees, as well as supporting the Innocence Project.

All three are taking part in Innocence Project Northwest's Stand for Innocence Benefit and Dinner, tonight in Seattle.

(NOTE: This is Part 1 of two interview segments. CLICK HERE for Part 2)

CLICK HERE to learn more about Sunny and Peter