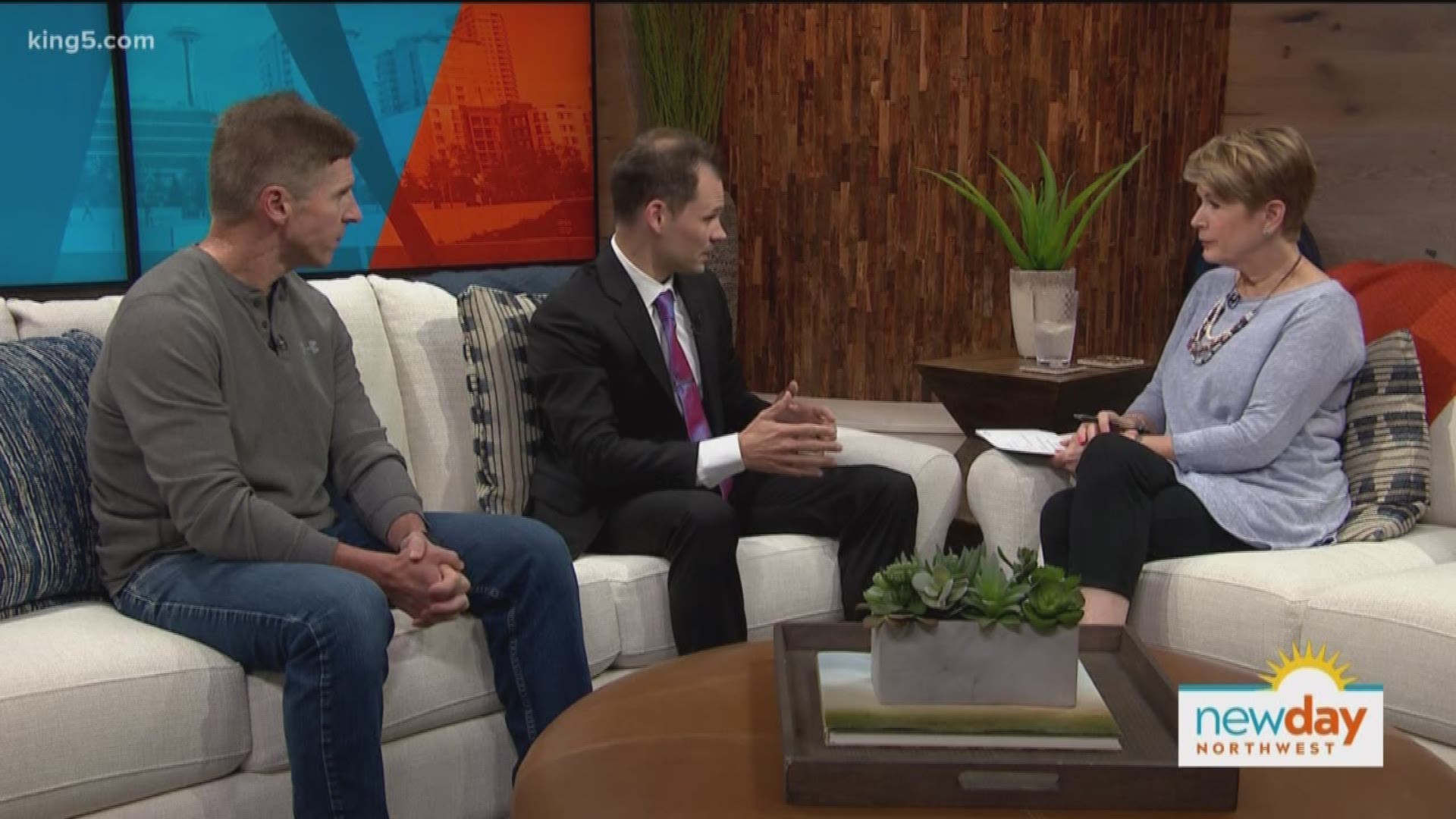 Regenerative medicine has been in use for almost 30 years in the equestrian world, and dentists brought it into use with dental implants in the early 1980s. Doctors say this form of medicine harnesses the body's natural healing power to create a healing response without surgery by using platelet-rich plasma.

"Platelets are your body's natural healing particles," says Swedish's Dr. Adam Pourcho, D.O.,"If you were to get a cut on your hands, blood would go to the area and bring with it the platelets those platelets would get there and release growth factors, hundreds of them."

Pourcho elaborated that those "growth factors" give signals to your brain, adding that they identify injured tissue like muscle, tendons, or ligaments, and tells the brain what types of stem cells to send to that area to regenerate that tissue.

Scientists have figured out how to use the body's natural healing systems to work in a targeted fashion, and are already seeing it work effectively in getting professional athletes back in action in a shorter period of time. By extracting platelets from a patient's blood and spinning it in a centrifuge they can get a concentrated number of platelets and inject them precisely in an injured area using ultrasound to guide the needle. They say this sends healing signals to the brain, and speeds up tissue regeneration and the healing process.

Pourcho added that more than just professional athletes are benefiting from the advances in medical treatment.

"We see anyone from weekend warriors to people with osteoarthritis, " says Dr. Pourcho, including patients like P.E teacher and cross-country Coach Brendan Hyland.

Hyland had been dealing with fairly intense pain for about a year and a half and had consulted with various doctors and physical therapists without relief. It was affecting his ability to perform his job and affecting his overall mobility.

Hyland decided to consult with Dr. Pourcho, and after learning about the potential, he decided to pursue regenerative medicine. He says that while it was painful, compared to the pain he was already experiencing, it was worth it. Hyland said, "even after two weeks you definitely start to know that you've made a huge jump in your ability to heal and feel better."

Hyland added that he is now pain-free: "I've taught a summer outdoor ed class, and I've been on a hike. We hiked 40 miles in two weeks, and I'm back to a little bit of running now so, it's great. I don't have any pain stopping me from doing anything I want to anymore." From the time of the surgery to being pain-free was about 4 months.

"We can treat really any tendon or any joint," says Dr. Pourcho, "It's particularly effective at tendons." Tendons, he says, are notoriously bad at healing. "There's a reason professional athletes struggle to heal their tendons and why tendonitis and fasciitis keep athletes out for such an extended period, as the body is not very good at healing it itself."

Pourcho says this why the promise of regenerative medicine is so bright. "This is a way of taking the body's natural healing powers, concentrating it, putting it where you need it and stimulating healing response."