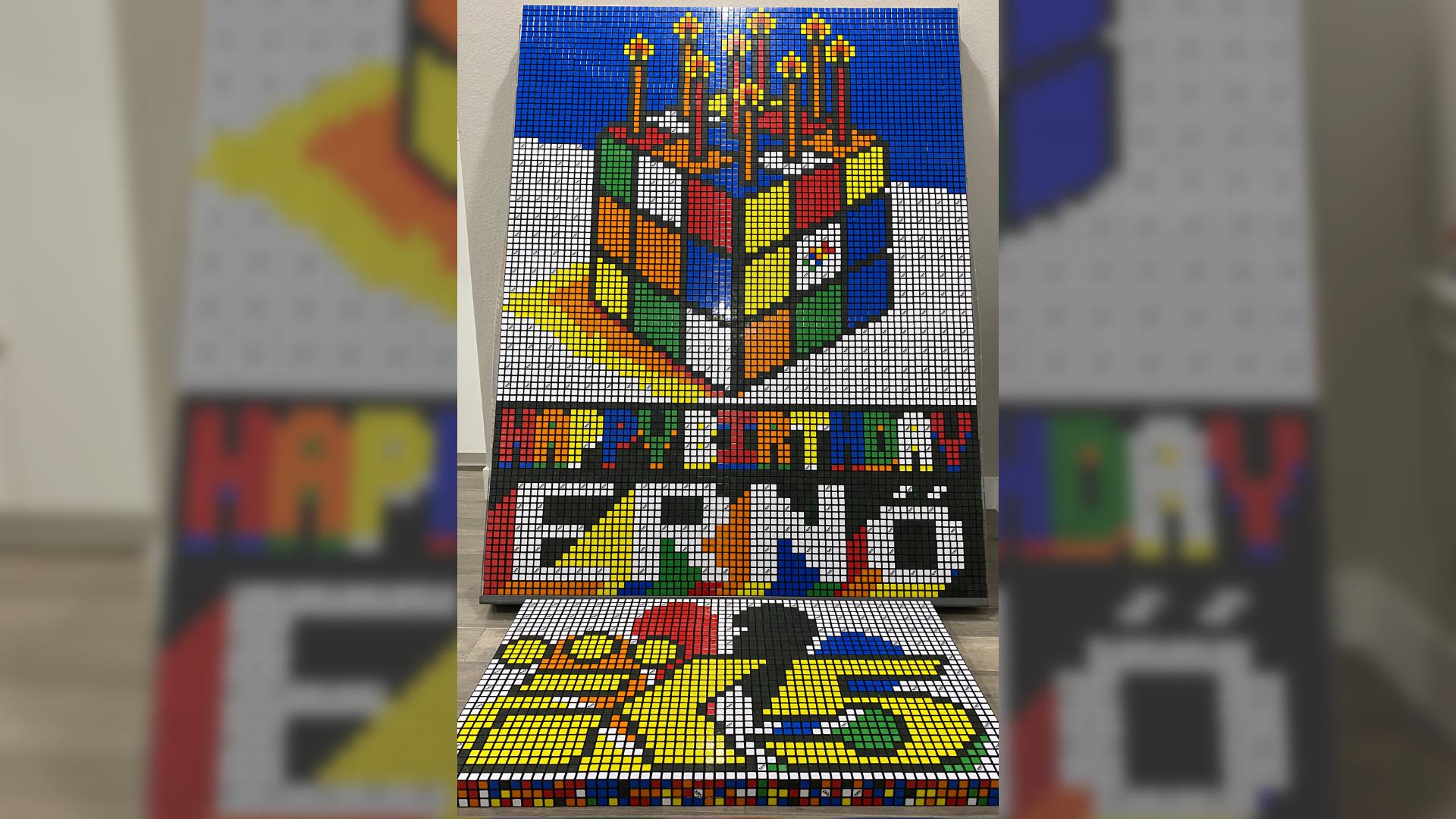 It has become one of the best-selling and most recognized toys of all time, with more than 450 million cubes sold.

Erno Rubik recently celebrated his 77th birthday and Rubik's Ambassador and cubing artist Brian Kobasa created a masterpiece to celebrate, as well as a tribute to KING 5!

Kobasa, a software engineer, uses hundreds to thousands of cubes to build his portraits and pictures.

Facts about the Rubik's Cube:

About Brian: Brian is a software engineer from Denver, Colorado. He has been solving cubes for 20 years and making portraits for about 2.5 years. He wrote his own computer program to help him make designs, which is available for anyone to use. It has led to many cool experiences, such as getting to display a portrait for a Mos Def concert, being invited to build and then display a portrait for a month-long art exhibit, and recently, having a Joel Embiid portrait featured on all of the ESPN platforms.