Meet the 'Grandparents of Craft Beer'

Our friend Terry Hollimon tastes ales and lagers with Mari and Will Kemper of Chuckanut Brewery. #newdaynw 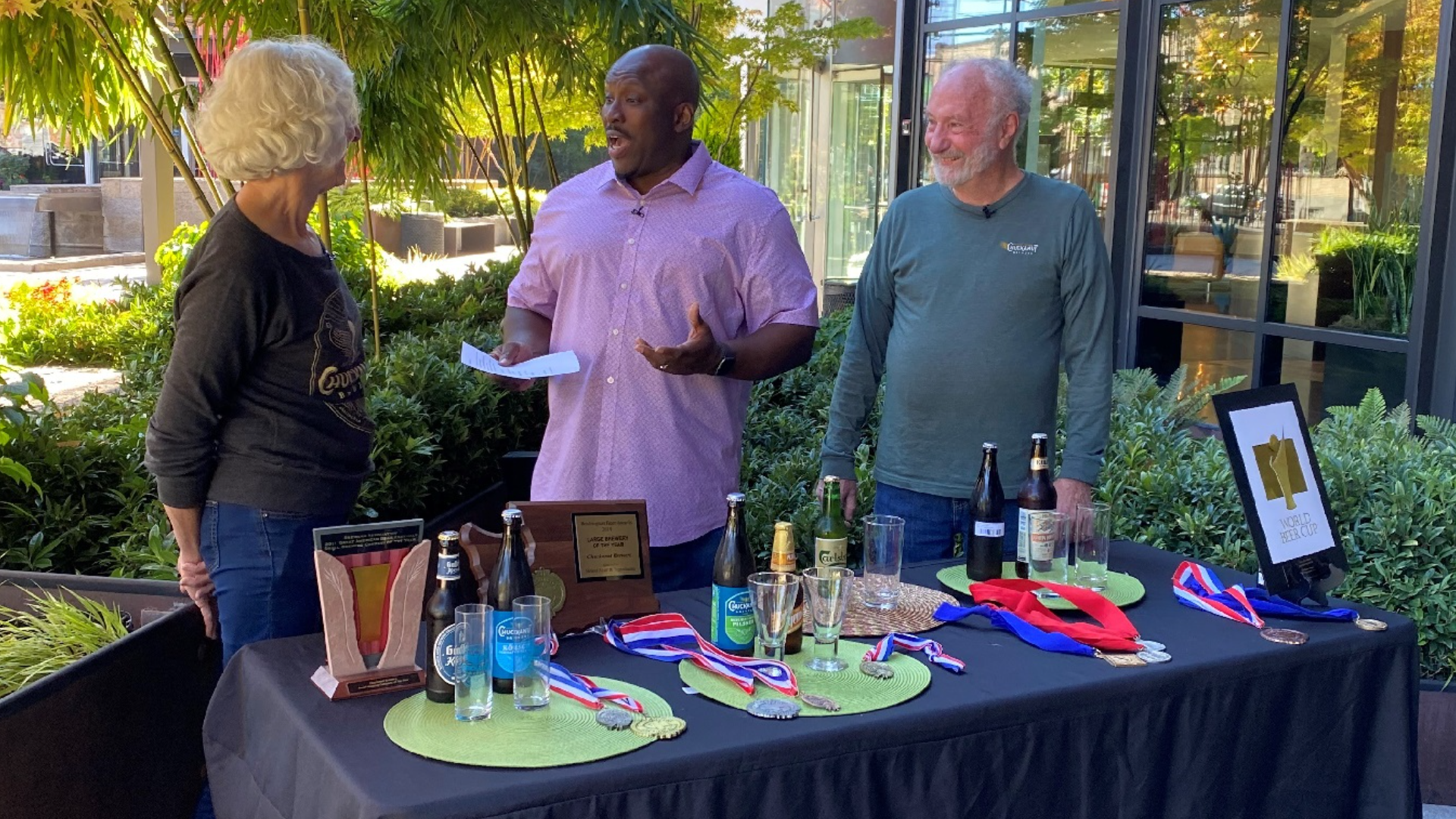 When Mari and Will Kemper started Thomas Kemper Brewery back in 1984, they had no idea how far the world of craft beer would go. They traveled the world refining their craft and sharing techniques before opening Chuckanut Brewery in Bellingham.

Considered the “Grandparents of Craft Beer,” Mari and Will joined New Day NW on the plaza for a show and taste of five special lagers and ales with our friend Terry Hollimon!

About Mari and Will Kemper:

Mari and Will started one of the first craft breweries in the Northwest, Thomas Kemper Brewery, back in 1984. After leaving Kemper, they moved to the east coast where Will became a consultant in craft brewing and breweries and worked with Wheeping Radish in Durham, NC, set up the first Dock Street Brewpub in Philadelphia, the original Capital City Brewery in DC, and Lowell Brewing in Lowell, MA. Then they moved back to the Northwest where Will worked with Beers Across America, a group of craft breweries including Aviator Brewing in Woodinville, Norwester Brewing in Portland, Orange County Brewing in CA, and Mile High Brewery in Denver. Afterward, he developed the first two brewpubs in Monterrey, Mexico (Sierra Madre Brewing Co). At the same time, he taught brewing engineering for the American Brewers Guild in Davis, CA. Upon returning to the U.S. he began to consult with a group from Istanbul, Turkey and he and Mari went to Istanbul to put in the first craft brewpub in Turkey in 2002. They returned to America and he continued to consult with them when the two of them were asked to return to Istanbul to make the first craft brewery. They lived in Turkey for three years for the project and when they finally returned to their home in Bellingham, WA, they decided to start Chuckanut Brewery. And so, the story of Chuckanut begins in 2008! Today, they brew out in Bellingham and Skagit Valley, WA.