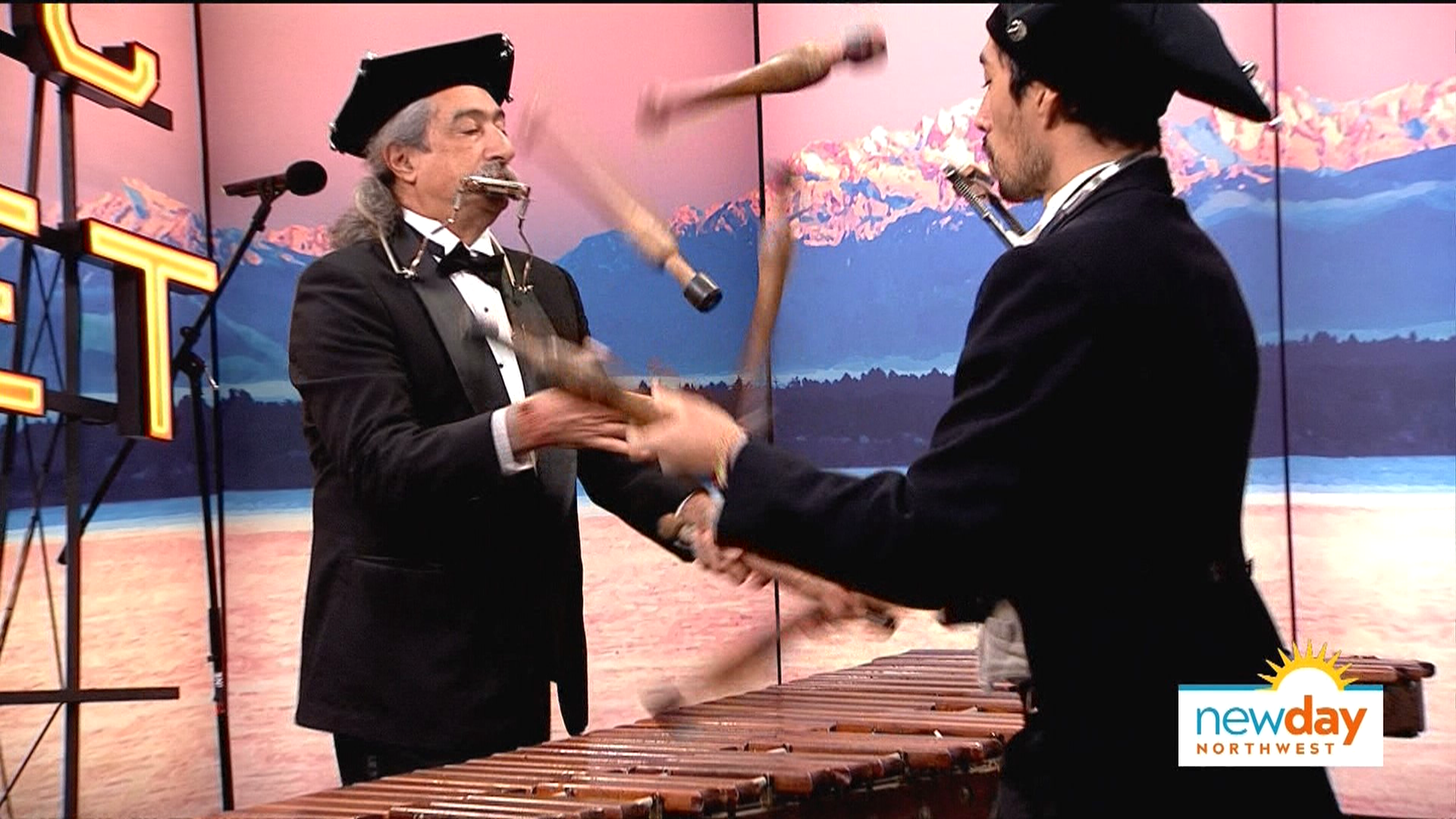 "Club Sandwich is a film noir-like adventure featuring a gaggle of high rolling juggling millionaires in search of an ancient legendary treasure. These happy-go-lucky high rollers head straight into danger as they meet a bevy of bad guys and a certain femme fatale. Complete with signature Flying Karamazov Brothers skills, vaudeville dance, eclectic music, and world-class juggling, the show is a satirical powerhouse of unforgettable characters."

NANDA is a performing arts troupe specializing in "acrobaticalist ninja theater."  The members grew up together in Port Townsend, where they were exposed at a young age to the Flying Karamazov Brothers.