Book highlights how people underestimate their influence and why it matters

In her book "You Have More Influence Than You Think," author Vanessa Bohns argues we already have plenty of influence, we're just not using it mindfully. #newdaynw 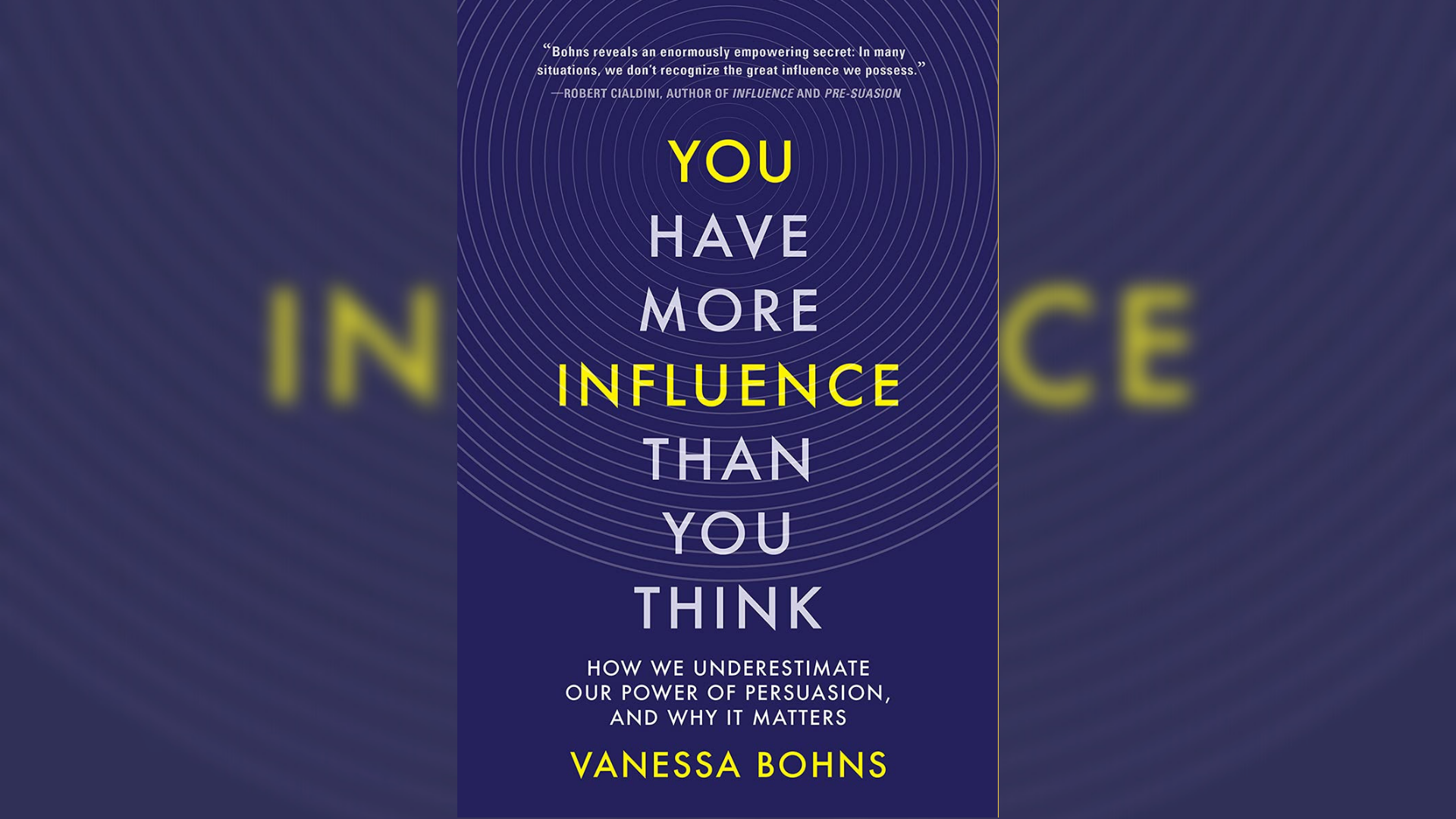 If you were asked how much influence you think you have, what would you say? According to Vanessa Bohns' research, we have more influence than we think.

Bohns is a social psychologist and professor of organizational behavior at Cornell Univerisity and author of the book "You Have More Influence Than You Think: How We Underestimate our Power of Persuasion, and Why It Matters." She joins New Day NW to talk about the book and her findings.

A fascinating and convincing counterargument that we don’t need to win friends and influence people — we have plenty of influence already — we’re just not using it the right way.

If you’ve ever felt ineffective, invisible, or inarticulate, chances are you weren’t actually any of those things.

Those feelings may instead have been the result of a lack of awareness we all seem to have for how our words, actions, and even our mere presence affect other people.

In "You Have More Influence Than You Think: How We Underestimate our Power of Persuasion, and Why It Matters," Vanessa Bohns, social psychologist and professor of organizational behavior at Cornell University, argues that despite the popular opinion that we need to gain influence in order to get what we want, we actually already have it — we’re just not using it mindfully.

Drawing from her original research, she illustrates why we fail to recognize the influence we have, and how that lack of awareness can lead us to miss opportunities or accidentally misuse our power.

Weaving together compelling stories with cutting-edge science, Bohns offers science-based strategies for observing the effect we have on others, reconsidering our fear of rejection, and even, sometimes, pulling back to use our influence less.