The 'Blue Zone Diet' may be the secret to long life

Registered dietitian, Erica Mouch on the foods, diet, and lifestyle habits in the Blue Zones, geo-cultural regions where people have been found to live the longest. 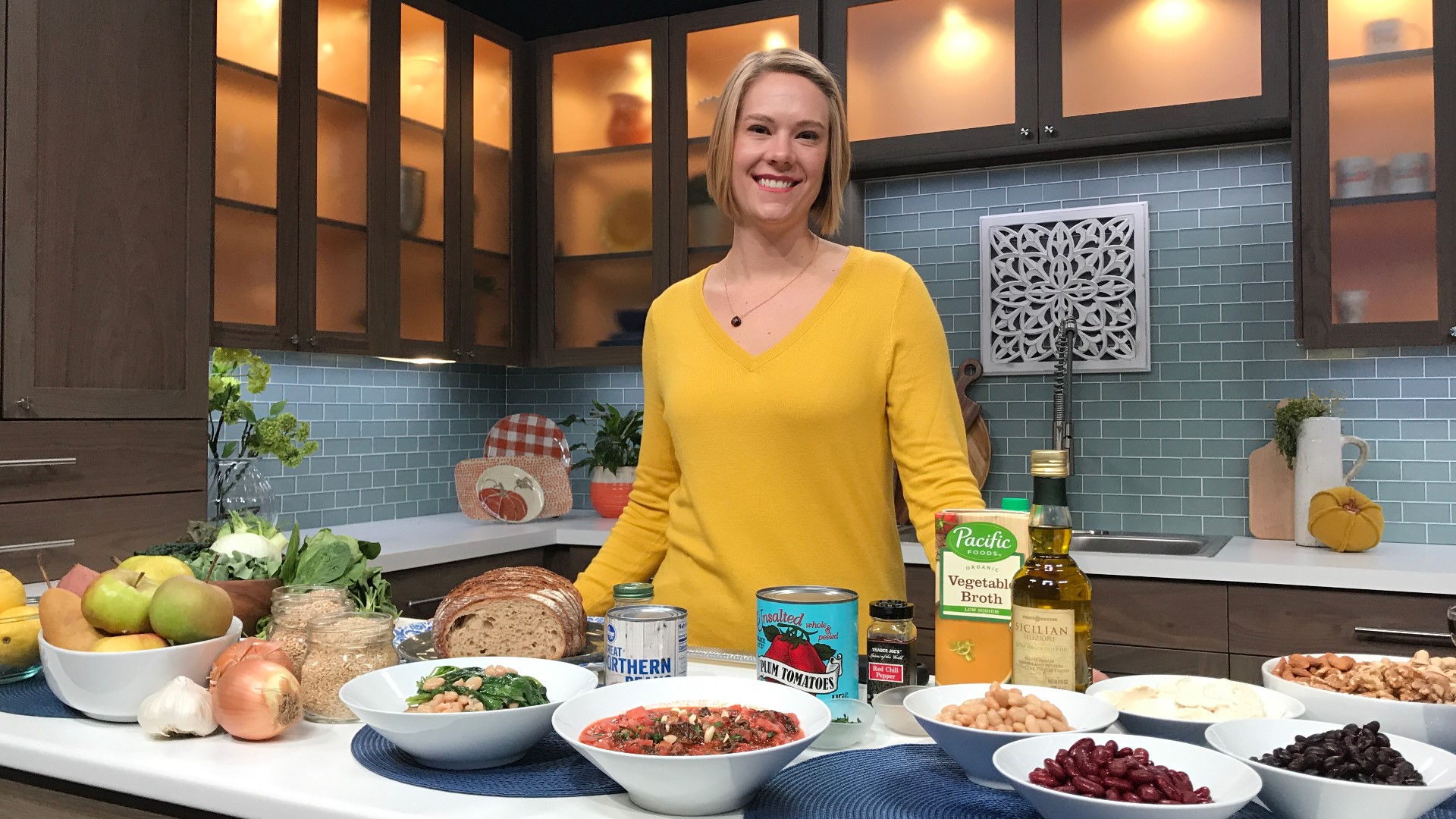 SEATTLE — Move over Whole30, there's a new diet in town. The Blue Zone Diet is essentially a list of common food, diet and lifestyle habits the geo-cultural regions where people live the longest.  According to National Geographic Fellow Dan Buettner, these regions are Ikaria, Greece; Okinawa, Japan; the Ogliastra region of Sardinia; the Seventh-Day Adventist Community in Loma Linda, California; and the Nicoya Peninsula in Costa Rica.

Erica Mouch, a registered dietitian, is here to breakdown these habits and how they benefit us in the long run.

One can, Two options

● 1 can of white beans, keep liquid

1. Bring beans with canned liquid, garlic cloves, rosemary and 1 Tbsp. oil, and 1/4 cups water to simmer in a small saucepan. Reduce heat and simmer gently until beans are becoming tender, about 10 minutes. Beans should still be intact.

2. Heat 1 Tbsp. oil in a large skillet over medium. Working in batches, add spinach, letting it wilt slightly before adding more, and cook, tossing often, until leaves are just wilted, about 5 minutes; season with salt.

1. Heat 2 Tbsp. oil in a large heavy pot over medium-high. Add tomatoes, 1/2 tsp. red pepper flakes, and a pinch of salt and cook tomatoes, undisturbed, until caramelized, about 5 minutes. Break up tomatoes, cut with kitchen shears if needed. Scrap the bottom of pot, and continue to cook, scraping and stirring occasionally, until tomatoes are caramelized all over, about 5 minutes more. Transfer tomatoes to a bowl.

2. Heat another 2 Tbsp. oil in same pot over medium. Add onion, fennel, garlic, and a pinch or so of red pepper flakes. Cook, stirring often, until vegetables are soft and starting to brown around edges, 8-10 minutes. Stir in tomatoes. Add the full can of beans plus liquid to the pot and the vegetable broth. Bring to a simmer; season with salt. Cook until flavors meld, 30 minutes.

3. Just before serving, stir in chard and cook until wilted. Ladle soup into bowls, top with almonds, and drizzle with oil.