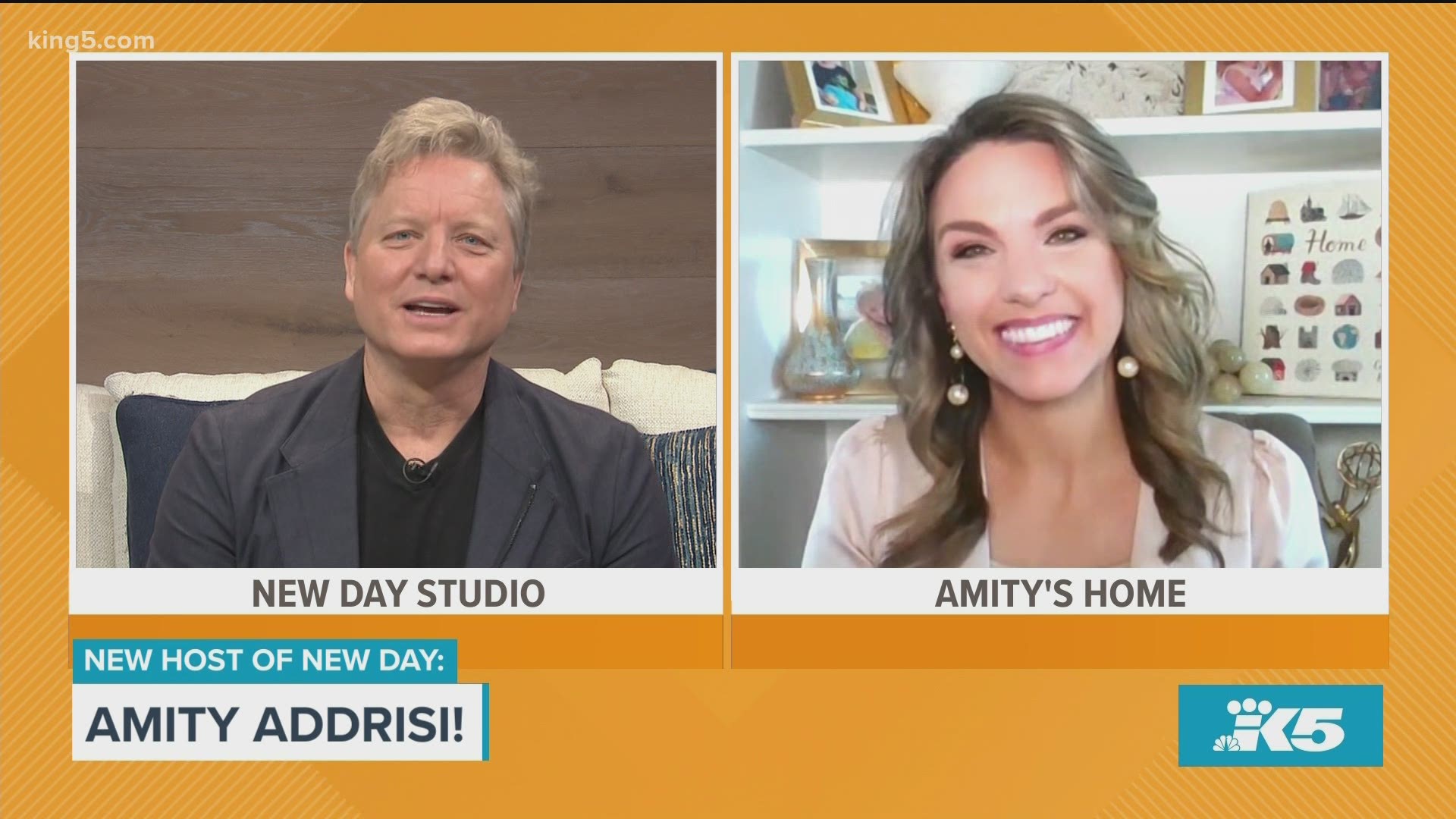 SEATTLE — KING 5 reporter and weekend anchor Amity Addrisi has been announced as the host of New Day Northwest, the station’s daytime talk show that’s been celebrating and sharing the stories of those living in the Pacific Northwest for more than 10 years.

“It truly is a New Day for the show with Amity at the forefront, and I’m excited to see how she makes her mark on the program,” said Lindsay Sieverkropp, director of local programming. “Amity’s energy, authenticity and sense of humor will resonate with viewers, along with her unique ability to discuss and dig deep into more serious subjects that New Day Northwest often tackles.”

Addrisi brings more than 18 years of broadcast journalism experience to the role, five of those years spent at KING 5 as anchor of the weekend morning news and HealthLink reporter. Throughout her Emmy Award-winning career, she's uncovered injustice through her investigative reporting, covered the devastation of the California wildfires and has been on the frontlines of the COVID-19 crisis as KING 5’s chief medical reporter. Though she is well-known for her work in news, Addrisi is also widely recognized by many for her dedication to serving nonprofits in the community, emceeing fundraisers and working with organizations that range from supporting victims of domestic violence to rescuing animals. Her love for the community and her storytelling experience make her the perfect fit as the new host of New Day Northwest.

“Words can’t describe how honored I feel to take over a show that is truly at the heart of the Northwest with its commitment to tackling important issues, supporting local businesses, and having a whole lot of fun!” said Addrisi when the announcement was shared with staff. “I have been entrusted by the people of the Northwest to tell their stories and share in their world. I’ve traveled from the Oregon border to the tip of Alaska covering news and now I feel like I’ve found my forever home at New Day Northwest. Oh, the places we’re going to go! I can’t wait to go on this adventure with you all.”

Addrisi will make her debut as the host on Tuesday, Dec. 1. She follows in the footsteps of former host Margaret Larson, who retired from the show after more than 35 years of work in television in July 2020.