Joel Telling is the creator and host of '3D Printing Nerd' -- a channel with over 300,000 subscribers. #k5evening 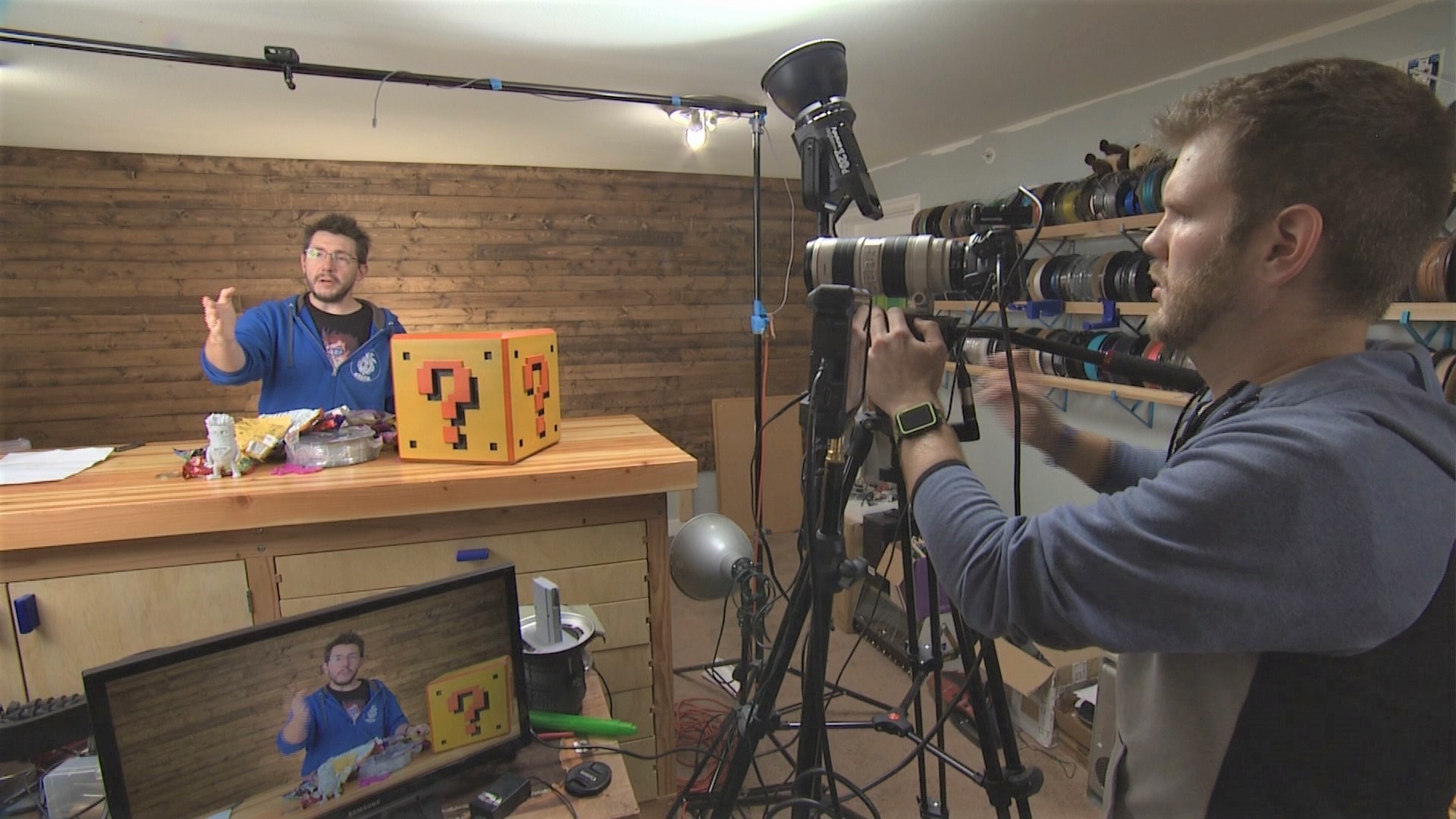 SHORELINE, Wash. — Disclaimer: This episode is an encore presentation of KING 5's Evening.

In the sea of YouTube stars, there are countless performers, gamers, and beauty gurus.

But Joel Telling built a worldwide following out of his Shoreline home by teaching people how to print: "The name of my show is 3D Printing Nerd and the goal of the show is to inspire and educate those who are interested in additive manufacturing and 3D printing."

Telling creates massive plastic pieces (like a life-sized Thanos sword) and small ones (like a Slinky-type toy.)

"I can find things from my childhood or from current days that I think are awesome, and I can print them out, and they can exist in real life,” he said. “That's amazing!"

More than 340,000 subscribers love watching his ideas come to life, layer by layer, on his channel.

But it wasn't always that way. A few years ago, he wished for just one 3D printer.

"My wife and kids found one for sale on Amazon and so they bought it for me on Christmas and I opened it up and was like, ‘YES!’" he said.

The YouTube show is now Telling's full-time job. He's hosted hundreds of episodes, printing practical creations like a plant pot, and non-practical ones like a blue hairy lion.

"I hit viral success with a hairy lion,” Telling said. "The plastic itself, you use a hairdryer to melt it a little bit and form the hair and it looks like a mane and it's really cool."

Telling’s audience includes everyone from kids in STEAM (Science, Technology, Engineering, the Arts, and Mathematics) classes to retired hobbyists. His following is so loyal, he spends one episode a week opening their mail. They send him snacks, figurines of himself (3D printed, of course,) and money. He donates every penny – so far, that totals thousands of dollars – to Seattle Children's uncompensated care fund.

He hopes his channel helps teach and inspire a new workforce for the emerging technology.

"Anyone can 3D print something and it's getting even easier,” Telling said. "I am the dictionary definition of, 'If I can do it, you can do it.' I'm just a nerdy dude that was passionate about this, and if someone else shares the same passion about something, just do it!"