Your afternoon pick-me-up just got a lot more colorful 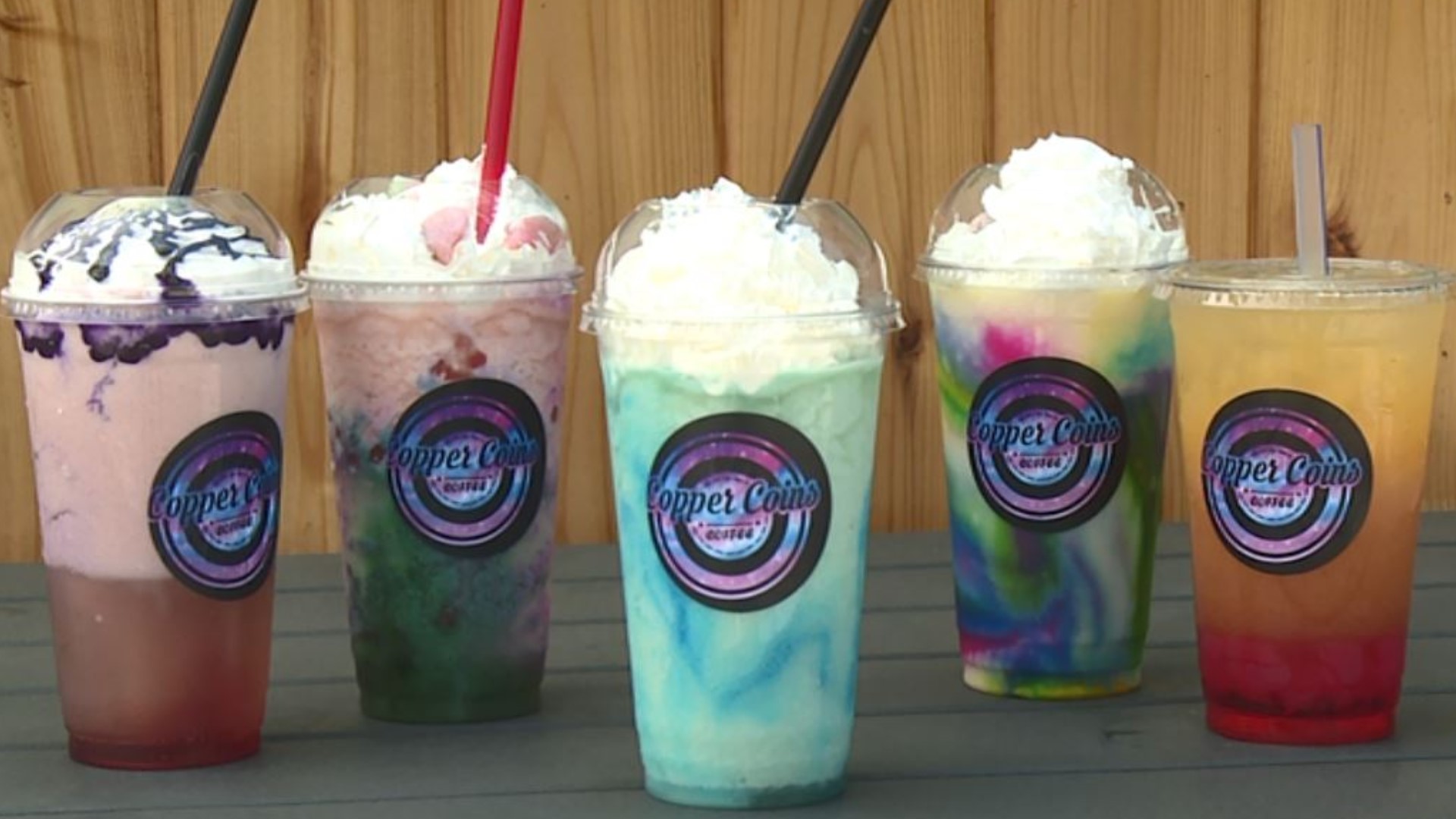 SUMNER, Wash. — When Bonney Lake's Clint and Ashley Olson bought their first stand for Copper Coins Coffee, they knew they needed to create a big draw.

“All the action happens in downtown Sumner which is maybe half a mile away,” says Clint Olson.

This is where Hugh Jackman comes in. Yes, the actor. The Olsons were listening to the soundtrack of The Greatest Showman when inspiration struck.

“There's a line in one of the songs that says ‘Trade that typical for something colorful,’” says Olson. “And so we went ‘Well we have a typical coffee stand.
Why don't we make a colorful coffee stand? Make it something somebody wants to come and see.’"

“For a lot of our drinks, we think of the name first,” says Olson.

They're big on pop culture references here. The drink Watermelon Crawl is named after a country hit in the 90s.

“It's got watermelon flavor and then we got popping bobas in it to mimic the seeds,” says Wiggins. “That one's a lot of fun.”

The Doc Holliday has Huckleberries. The Polar Vortex is named after a recent snowstorm. The Tie Dye Rainbow Smoothie is the one that gets the most Instagram hits.

At Copper Coins Coffee, the baristas are given the freedom to create and it's paying off.

“Like today we haven’t stopped until right now,” says Mackenzie Lindgren. “It’s been non-stop all day."

Olson says the coffee business is teaching him a lot, but the biggest lesson of all may be one every entrepreneur should learn.“I learned that if you let your employees take the wheel, they'll do great things.”

The Olsons have opened up a second Copper Coins Coffee stand outside Bonney Lake on Hwy 410 before Buckley.