The Mission Ridge Yeti and the artists behind the beast 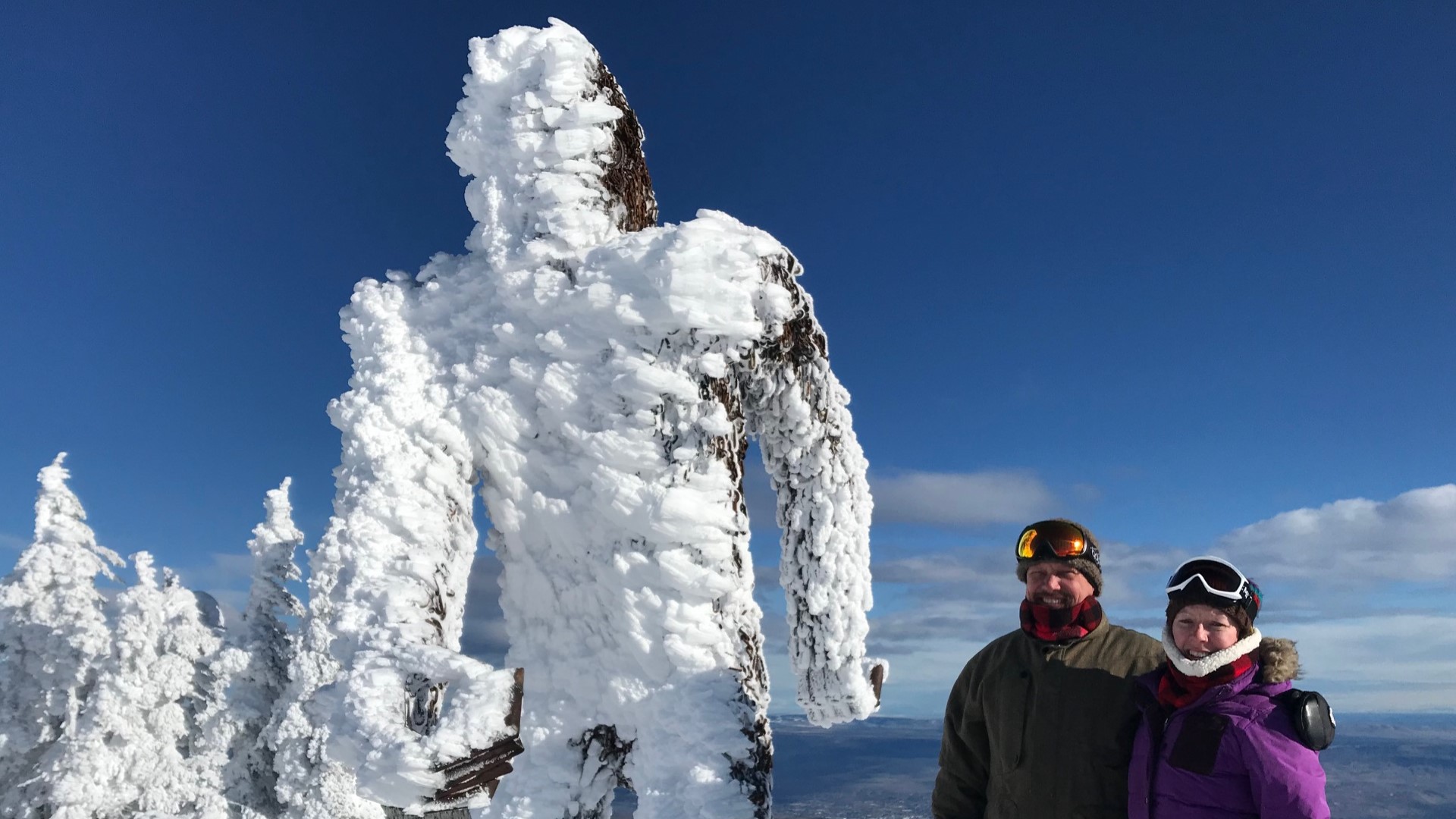 There's a Yeti at the top of Mission Ridge. Or a Sasquatch. It depends on the weather.

Zeb Postelwait and his wife Kasey Koski visit this constantly changing sculpture often. You might say he's their big baby.

“We definitely want to take care of him, make sure he stays up here for a good long time,” said Zeb.

These two, along with their friend Thad Brewer, are this creature's creators.

When Mission Ridge Ski & Snowboard Resort had its 50th birthday in 2016, the three Wenatchee artists wanted to make a present for their local ski area. So they started brainstorming about what they could make.

"It grew a little bit out of proportion in our backyard, maybe with the addition of more friends, and possibly one beer too far on the idea, but it grew larger and larger,” said Kasey.

One thing was certain:

"It was pretty much always gonna be a Yeti." Said Zeb.

They come by this Mountain/Yeti thing honestly: Zeb owns Lemolo Café and Deli in downtown Wenatchee. It's named for a Mission Ridge double diamond run and the café has a Yeti of its own inside. This beast is actually a costume that was left behind at a Halloween party. Now that costume wears an aloha shirt and shades, and is suspended from the restaurant’s ceiling.

The crew of artists built their big beast in a Wenatchee garage. To attach the ton of truck chains that make him hairy - Kasey learned to weld.

"There are hundreds of small welds on that Yeti so it was really essential that we all took part in attaching his furry coat,” Kasey explained.

The project was funded, and received in-kind donations from a number of Wenatchee businesses and non-profits.

Finally, in September 2019 - the Yeti was ready to move to his permanent home in the mountains and become the 11-foot-tall monster he was always meant to be.

"I will say that the couple of days installing it at the top of Mission Ridge were some of the best days at the office ever,” said Kasey. “Bringing this project to completion it was so rewarding, just to be up there and see him standing!”

Now that these artists are done with their work - Mother Nature continues the project.

"I think it's just very interesting to see how he changes - week to week, day to day,” said Zeb. Kasey added that the snow coated trees at the top of the ridge inspired them to make a sculpture that would interact with wind, snow and sun, and be ever-changing.

The Mission Ridge Yeti looks different every day, but there's one thing about him that never changes.