A Seattle football legend is back in the game 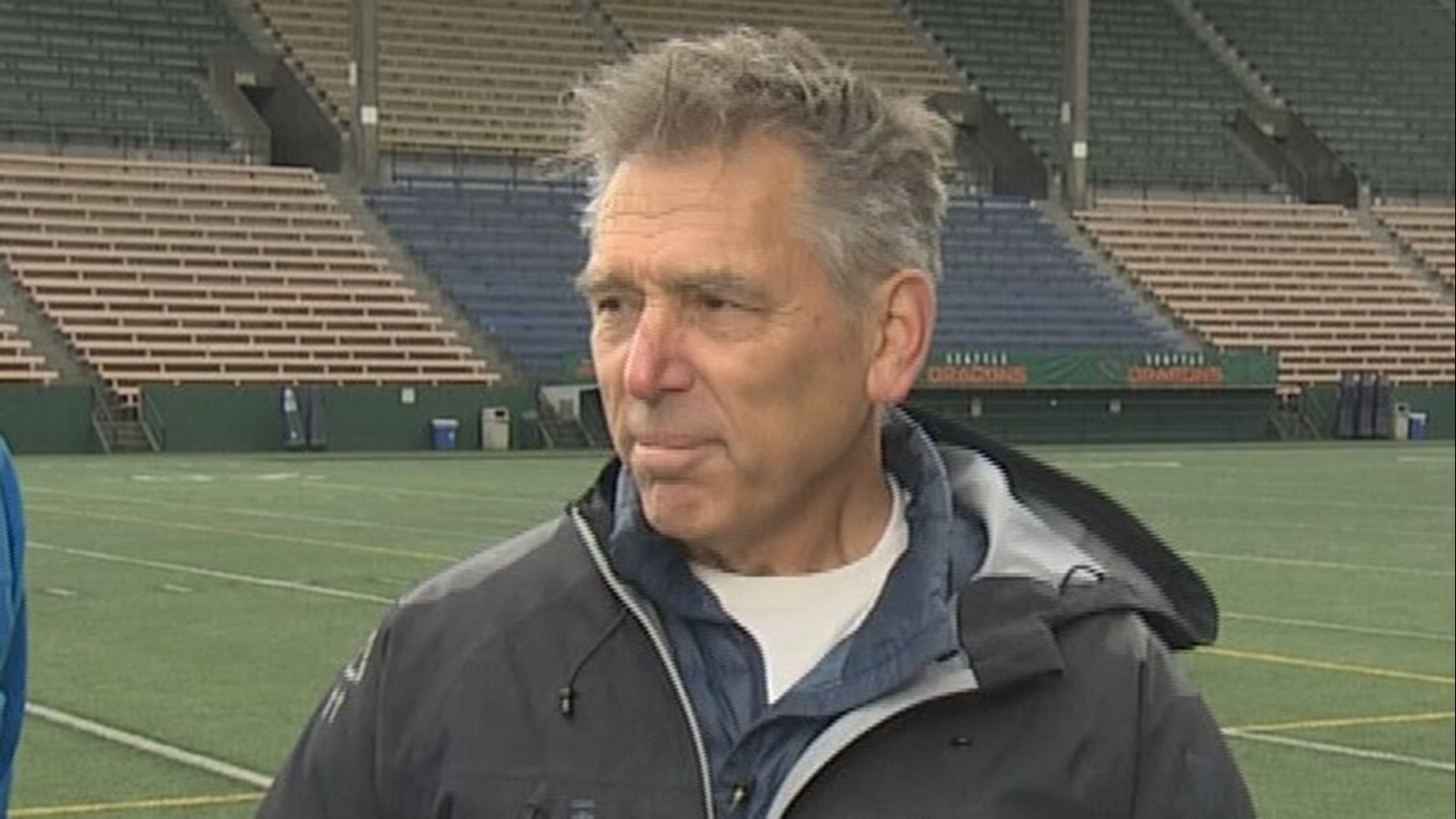 SEATTLE — He's the original Seahawks quarterback and an NFL legend. But you can call the head coach of the new Seattle Dragons what his players do.

Jim Zorn - or Z-Man, if you prefer - is back. And he's loving the excitement around this new team.

"I'm not surprised, just because we've got great fans here," Zorn says. "And I think there's a lot of curiosity."

Fans are tuning in to the new XFL, attracted by the game's pace.

Wide receiver Keenan Reynolds says, "It's quick, fast-paced, takes some getting used to."

For one thing, the play clock is a brisk 25 seconds compared to the NFL's 40.

"Everything has to happen at a faster pace," says defensive tackle Will Sutton.

Everything. Including play-calling from the coach.

"That's really the truth," Zorn says. "It is fast. To think of situation, field position, clock. It's hard. You've got to be right on it."

In this league, when miked-up coaches speak on the sidelines, America gets to listen in on live TV.

"I'm not impressed with that," Zorn jokes. "That just made me nervous thinking that my stuff was being broadcast."

Not that it was a surprise.

"We were told that's what was going to happen," he says. "I think it does bring an unusual flavor to the field."

"It'll be more than curiosity as we start establishing who we are and what this league's all about."

The Seattle Dragons take on the Dallas Renegades Saturday afternoon at CenturyLink Field.