Tells tails of a hole in his B-17...and in his neck at Everett's Flying Heritage and Combat Armor Museum 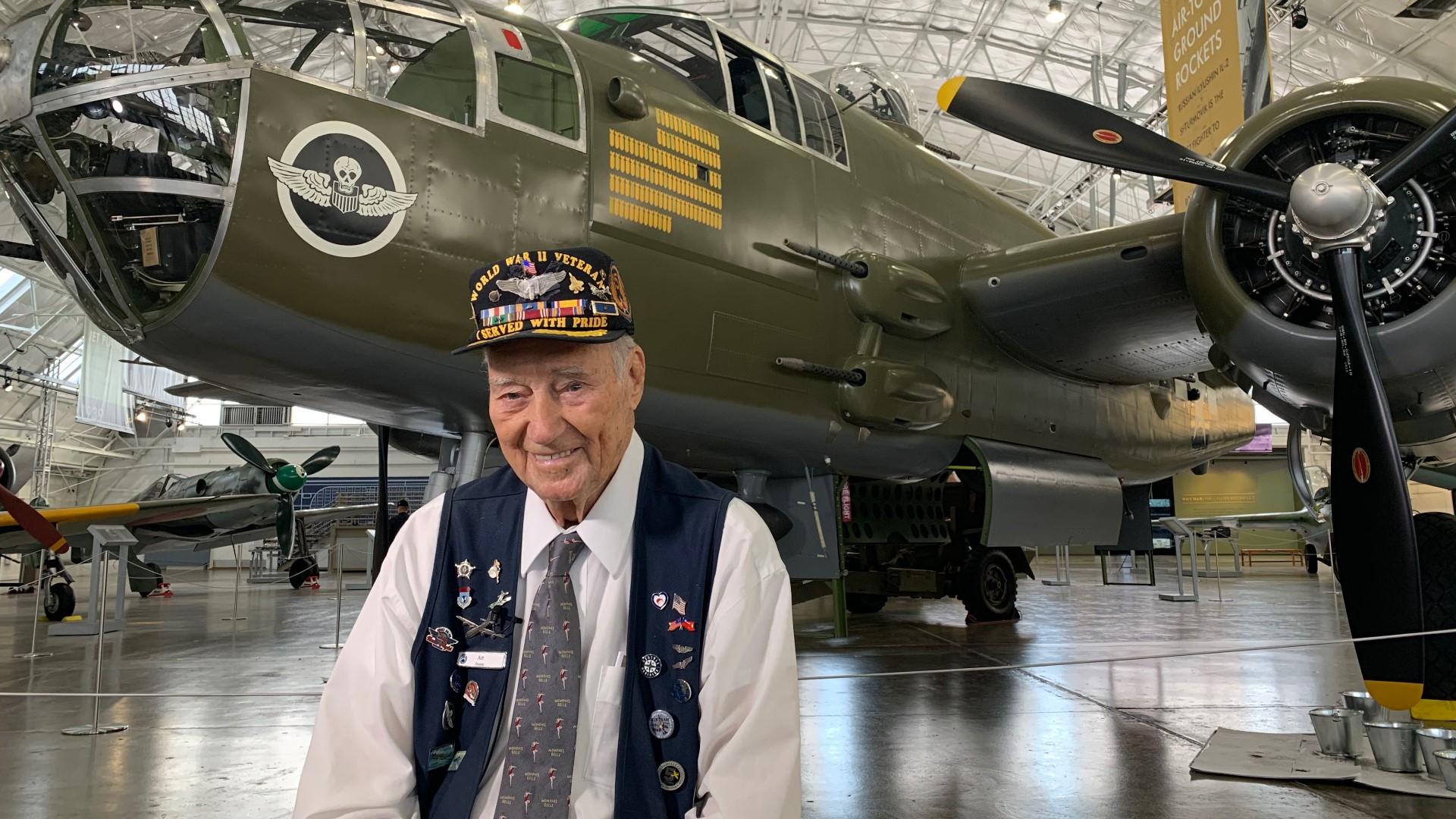 EVERETT, Wash. — Surrounded by World War II airplanes at Flying Heritage and Combat Armor Museum in Everett, Staff Sgt. Arthur Unruh pulls three chunks of metal out of his pocket. "Somethin' hit me right here in the chest. Hit me so hard, it knocked me down," he says, recalling his final World War II mission of 50 aboard a B-17. The one about two inches wide sent him tumbling onto his back in the plane full of smoke.

"And the little one, this is the one that was stuck in my neck." He may well have bled to death if it weren't so cold. "At 40-below zero, you stop bleedin' pretty quick too."

Credit: kingtv
The largest bit of shrapnel on the right knocked Staff Sgt. Art Unruh off his feet.

He and his 10-man crew barely made it back to their base in Italy with a 10-foot high hole in the tail. "The thing was just destroyed. Amazing it landed. Got us home. Flying was a lotta fun until they start shootin' at you. Then you gotta start shootin' back."

Credit: kingtv
Unruh's B-17 had this gaping hole in the tail when it barely made it back to base in Italy.

And he was the one who had to return fire as a 21-year-old gunner. "Not that we tried to brag about it or anything, but we had a job to do and we went over and did it."

He just turned 97 Sunday. And despite all he's endured, he's still warm and positive and shares his story with students. "The kids at school, they ask, 'Hey Mr. Unruh, how come you wear the hat? You got hair?' I say, 'Oh yeah I got hair!' They say, 'Well then why do you wear the hat?' Kinda stopped me for a minute. I say, 'Well, I guess I earned the right to wear it.'"

Credit: kingtv
Unruh was a 21-year-old gunner who flew 50 missions over Europe.

He says he's well aware his life is winding into its final mission. But he's still got work to do. "I'm getting kinda greedy. I'm trying to find some way to back up ten years cuz I'm not ready to go yet."

He's got a book out called "The Shadow Casters." And he volunteers as a docent just about every Saturday at Flying Heritage Museum. Art says it's the least he can do to honor the memory of the men with whom he served. "To my buddies that didn't get to come home and grow up like I did, my flag goes up every day. Every day. I will not forget 'em."