Wine for a cause: it's personal for this Woodinville winery 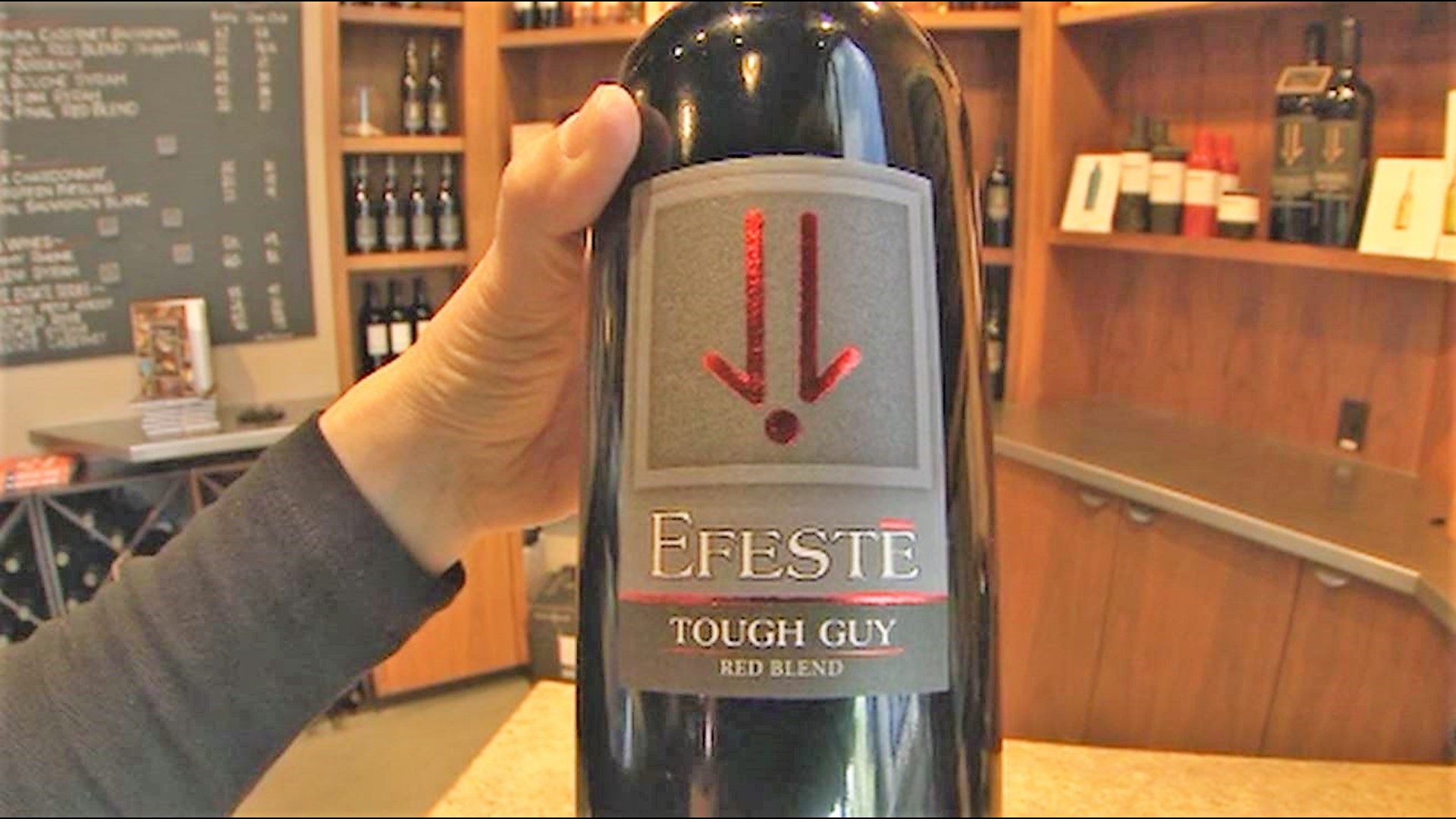 WOODINVILLE, Wash. — Step into the tasting room at EFESTĒ Winery in Woodinville and you’re surrounded family: Blown up photos of the Ferrellis, Smiths and Taylors, the families who blended their initials to launch EFESTĒ’s first wines in 2007.

But when co-owner Angela Taylor sees the image of her son Joe as a toddler, raptly watching a bottle getting its cork, she remembers the winery’s opening for another reason:

"Right about the time when we were releasing the wine, Joe got sick."

That was when he was diagnosed with acute lymphoblastic leukemia, also called A.L.L., at 5 years old.

"So it was extremely overwhelming, but I remember sitting in the hospital going, well, we now have a cause for the winery,” said Angela.

Joe battled the cancer for 6 years, surrounded by family the whole time.

And earning a nickname at Seattle Children’s: “Everyone there would always say to him, 'you are the toughest guy’,” said Angela.

When Joe got a clean bill of health EFESTĒ winery knew it was time to pay it forward. They made a red blend, called it ‘Tough Guy’ and donated proceeds from the sale of the wine to the Leukemia and Lymphoma Society.

"It's pretty weird to have a wine named after you but it's pretty cool too,” said Joe Taylor, who’s now 16, playing football on his high school team, and helping at his family’s winery.

EFESTĒ has raised more than 100 thousand dollars for the Leukemia and Lymphoma Society with sales of Tough Guy wine and they also pay it forward by participating in the Auction of Washington Wines: an annual celebration where local wine makers come together to raise money for Seattle Children’s and other local charities.

"It's an honor to be part of this greater give - I believe it's one of the largest donations that Seattle Children's receives,” said Angela Taylor. “To be able to say that you had a small part is pretty special.”

Joe Taylor hopes to attend WSU and enter their wine making program. WSU's Viticulture and Enology School is another beneficiary of the Auction of Washington Wines.

And, he plans getting an updated photo on the EFESTĒ winery wall, since he also hopes to keep his family's legacy of making wine - and giving back - alive for another generation.

"It just feels good because like I'm giving a part of our family to the hospital, which is kinda nice,” Joe said.

The 2019 Auction of Washington Wine Winemaker Picnic and Barrel Auction is Thursday, August 15th at Chateau St. Michelle Winery in Woodinville. Over 100 Washington wines will be represented, as well as gourmet bites from local chefs and a silent auction and barrel auction. Tickets are still available, for this perfect pairing of local wine and fundraising for worthy local charities. Don’t miss it!