Wildlife Photographer of the Year exhibit is both beautiful and alarming 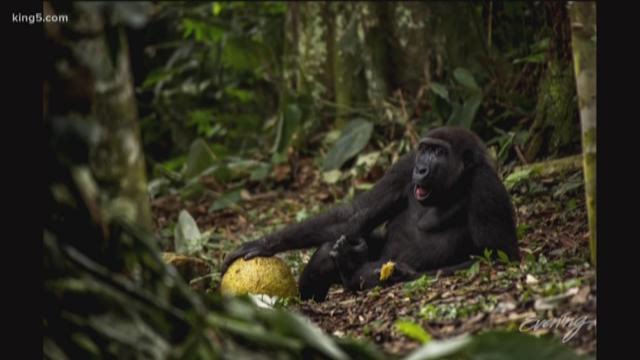 100 images: some stunning, some horrifying.

”What’s wonderful about this exhibition is not only the imagery we just collected from all over the world but it showcases some terrible things that humans do,” said Angela Williams, Deputy CEO of the Royal BC Museum. This Victoria museum is hosting the 'Wildlife Photographer of the Year' exhibit. Developed by the Natural History Museum in London, tens of thousands of photos are submitted from around the world, and only 100 make the cut. Each one is more than what meets the eye.

Like 'The Insiders' – by Qing Lin. look closely. Each fish has a tiny parasite called an isopod inside of its mouth, peering out.

Williams has a favorite: a photo by Justin Hofman called Sewage surfer:

"A seahorse, he's wrapped his tail around a Q-tip and so at first you might think oh that's a little bit amusing then you realize how horrible that is. It's about the pollution is in the ocean and what these animals have to do to survive."

The winning photo is called Memorial to a species, it’s by Brent Stirton. It’s a black rhino bull, killed by poachers, its horns cut off.

“It is an absolutely heart wrenching disturbing image.” Williams said.

And like every image here, it has an urgent message for us all.

"There are beautiful photographs there are heart wrenching photographs. You will learn something if you come here," said Williams.

Wildlife Photographer of the Year will be at the Royal BC Museum in Victoria until April 2.