First field of its kind in Washington welcomes all 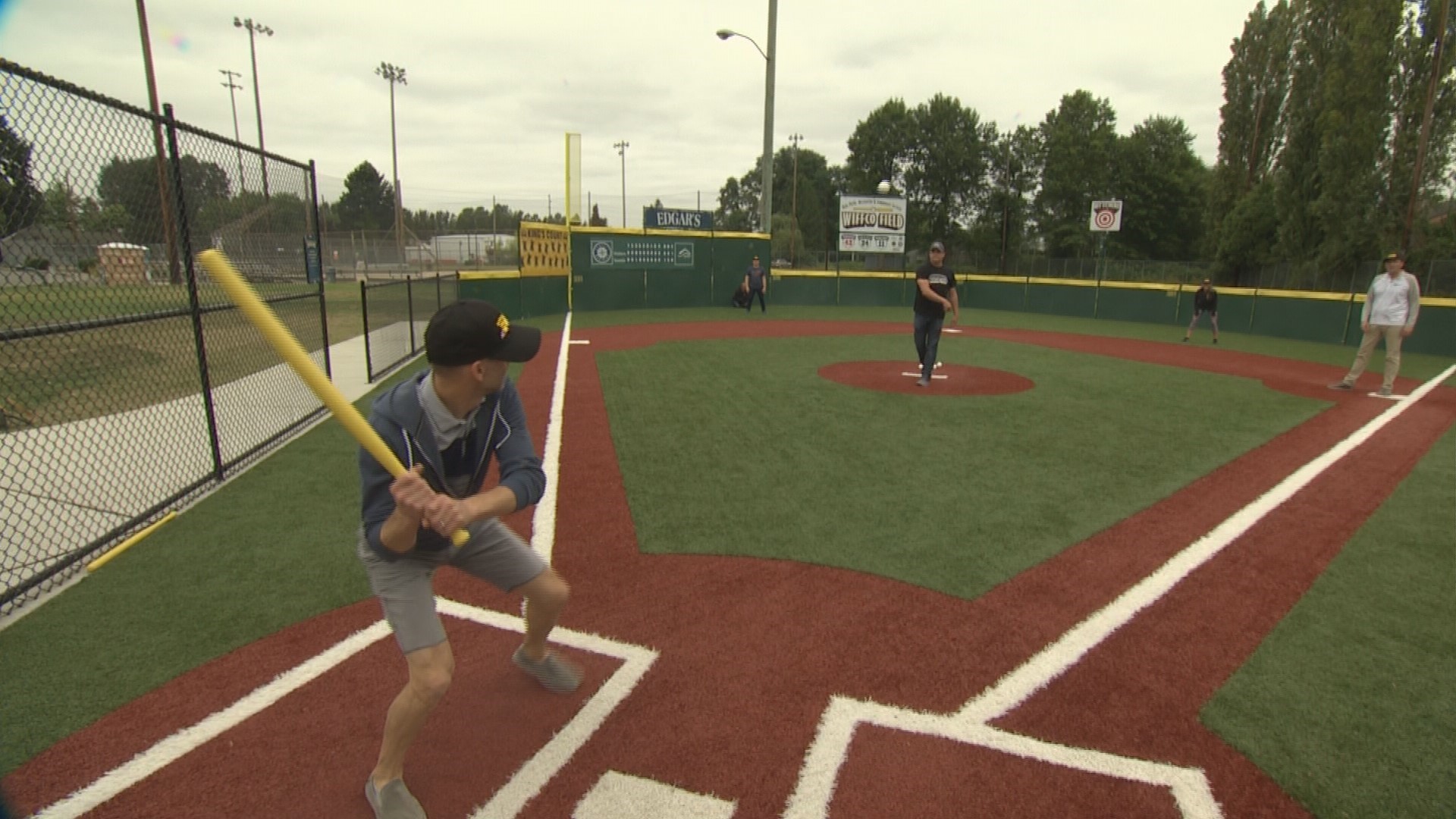 KENT, Wash. — There's the King's Court in left field. The Hit It Here Cafe target's in right. Retired numbers for Robinson, Griffey and Martinez adorn the outfield wall. It is as if Safeco Field made a comeback in Kent. But this mini-version is WIFFCO Field, Washington's first Wiffle Ball, Inc.-sanctioned field.

"I called the Mariners. They were happy to help and send us a lot of their graphics for Safeco Field. We really wanted to try to provide those touches so when kids play here, it's really easy for them to pretend they're playing in a major league ballpark," says Brian Levenhagen, WIFFCO Field's project manager.

The park is now the centerpiece of Kent Memorial Park. You might even call it darling. "We were going for darling," Levenhagen says. Though it's clear the way he says it, they were not going for darling. It is the cutest, little ballpark you'll ever see.

"I think we have more and more competition from kids with screen time and less reasons to go outside. So we really wanted to raise the bar and find new ways to entice kids to get outside and get active."

The 15 seats behind the backstop are actually from Safeco Field, now known as T-Mobile Park.

"One of the great things about Wiffle Ball is you can play it super casually and just come out here for a family picnic and play with grandma, with the kids, whatever. Or you can play competitively."

WIFFCO is open to the public to show up and play whenever the park is open.