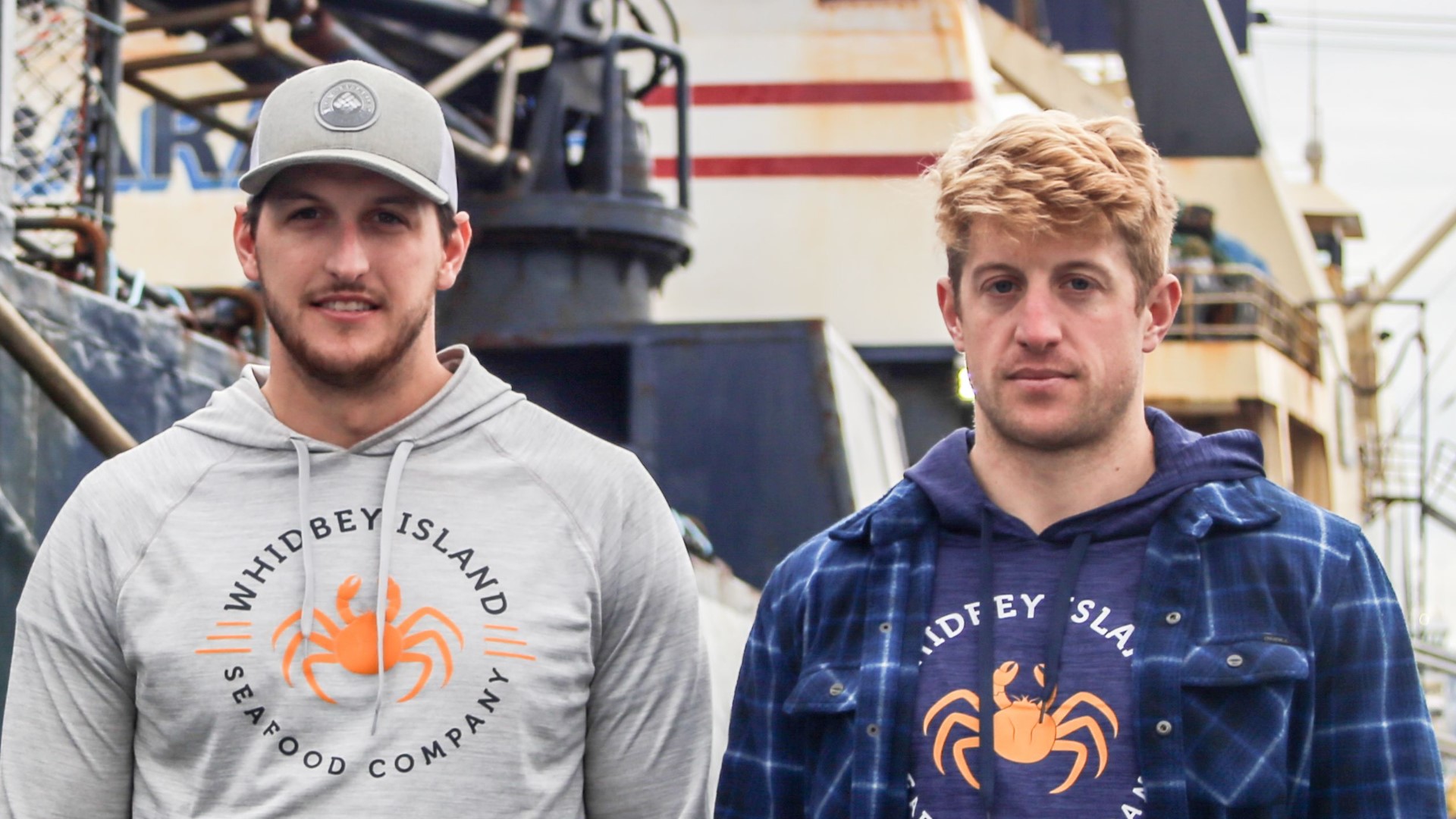 WHIDBEY ISLAND STATION, Wash. — With more and more people wanting to know where their food is coming from, two Whidbey Island brothers are extending that to seafood with their new business.

Brothers Andrew and Adam Hosmer practically grew up on the water, with a dad who captained the Baranof fishing boat through the icy waters of Alaska.

"We grew up with that and we grew up on the water sailing and became obsessed with fishing ourselves," Andrew said.

While neither planned to return to the water when they got older, the Baranof called their names. With the help of their childhood friend Devin, the two decided to start a fishing business — with a twist.

"Almost one hundred percent true traceability on every product we offer," Andrew explained.

Credit: Ellen Meny
The brothers captain the Baranof through the icy waters of Alaska.

The concept of farm to table is fairly common in the culinary world, but dock to doorstep is a new frontier. It's something the brothers and Devin are trying to teach people with their business, Whidbey Island Seafood Company.

"Now everybody wants to know who's touching their food and where their vegetables are grown, and their cows, and chickens — the same thing with seafood," Andrew said.

That's exactly what they do. About five months out of the year, the brothers shove off on the Baranof — sometimes it's just one, sometimes it's both — and brave the Bering Sea for salmon, crab, and more.

When they return to Washington, the orders start coming in. People can buy on their website, or sometimes find them at their Whidbey Island market. They do free deliveries and do as many hand deliveries as they can in person.

"You could have the crab come out of the water, take a video or picture, box it up, and have that exact crab delivered to your door," Andrew said.

It's just one of the ways the seafaring brothers and Devin are trying to educate people about seafood, one crab at a time.