Wellness treatment in Seattle is a bit of a... stretch!

At Stretch 22 Lounge, call up, drop in, and get a stretch, whenever you need. 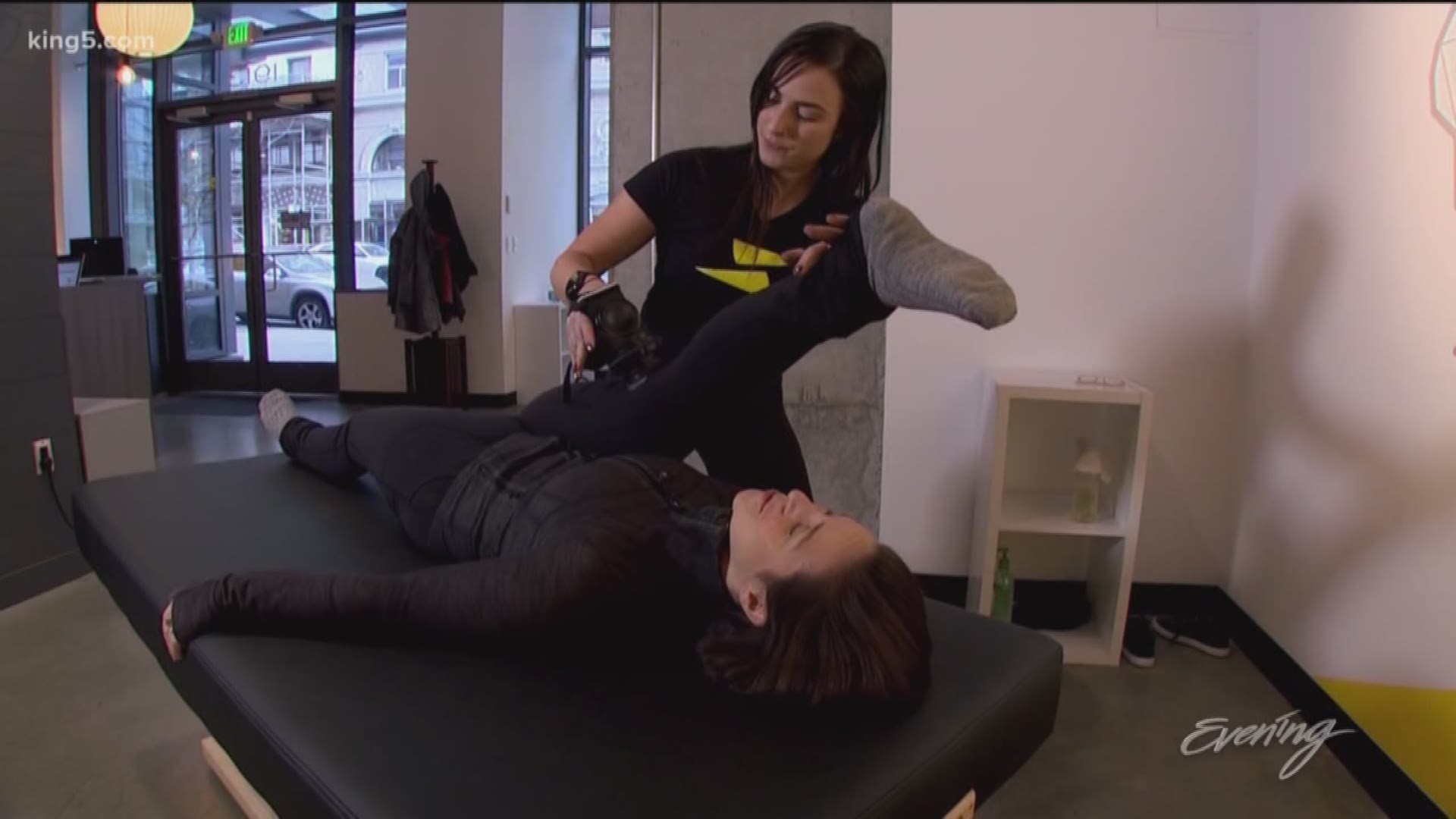 SEATTLE — Taylor Niemeyer sings and dances for a living. As a theatre performer in shows like "Annie," "Mary Poppins" and "Newsies," she makes it LOOK easy. But sometimes it hurts.

"I'm a dancer. I do yoga. I kinda pride myself in being naturally flexible. But my friend invited me to go along with her. And I was hooked. I was totally amazed."

"It was really like the dessert of the workout. People would literally call me and say could you come and stretch me?" Hooker says.

Dr. Sasaki had the same experience with clients asking for a good stretch.

"So we created a place where people would just call up, drop-in, get a stretch, whenever they need," Sasaki says.

The name, "Stretch 22," comes from track and field.

"The angle an Olympic sprinter wants to be in when they're running is 22 degrees," says Hooker.

One aspect that sets them apart is the assisted stretching. A "stretchologist" guides you.

"When you're pushin' against someone? That you can actually relax the muscles, relax the nervous system to the body can let go on its own. Rather than forcing it, which a lotta people do," says Sasaki.

Then there's a hand-held machine that looks like a belt-sander.

"They use...this awesome machine that has this vibration and it sort of releases the muscles in a really amazing way," says Niemeyer.

It's called a vibracussor, common in chiropractic clinics. But, they say, nobody's using it as they do for a full-body muscle relaxer.

Niemeyer says it is indeed somewhere between a massage and a stretch. And it definitely lives up to its billing as a "lounge."

"It's nice to sort of turn your brain off? And understand like, I'm sore in my upper body. Can you help me with that? And then you lay there. And they stretch you and you know it's all gonna be OK."

"The thing you once dreamed about? Actually exists now," says Hooker.

Stretch 22 has two locations, downtown and in Madison Ridge and is $49 for a 25-minute session.