Ducks flock to this Seattle yard, no matter the season 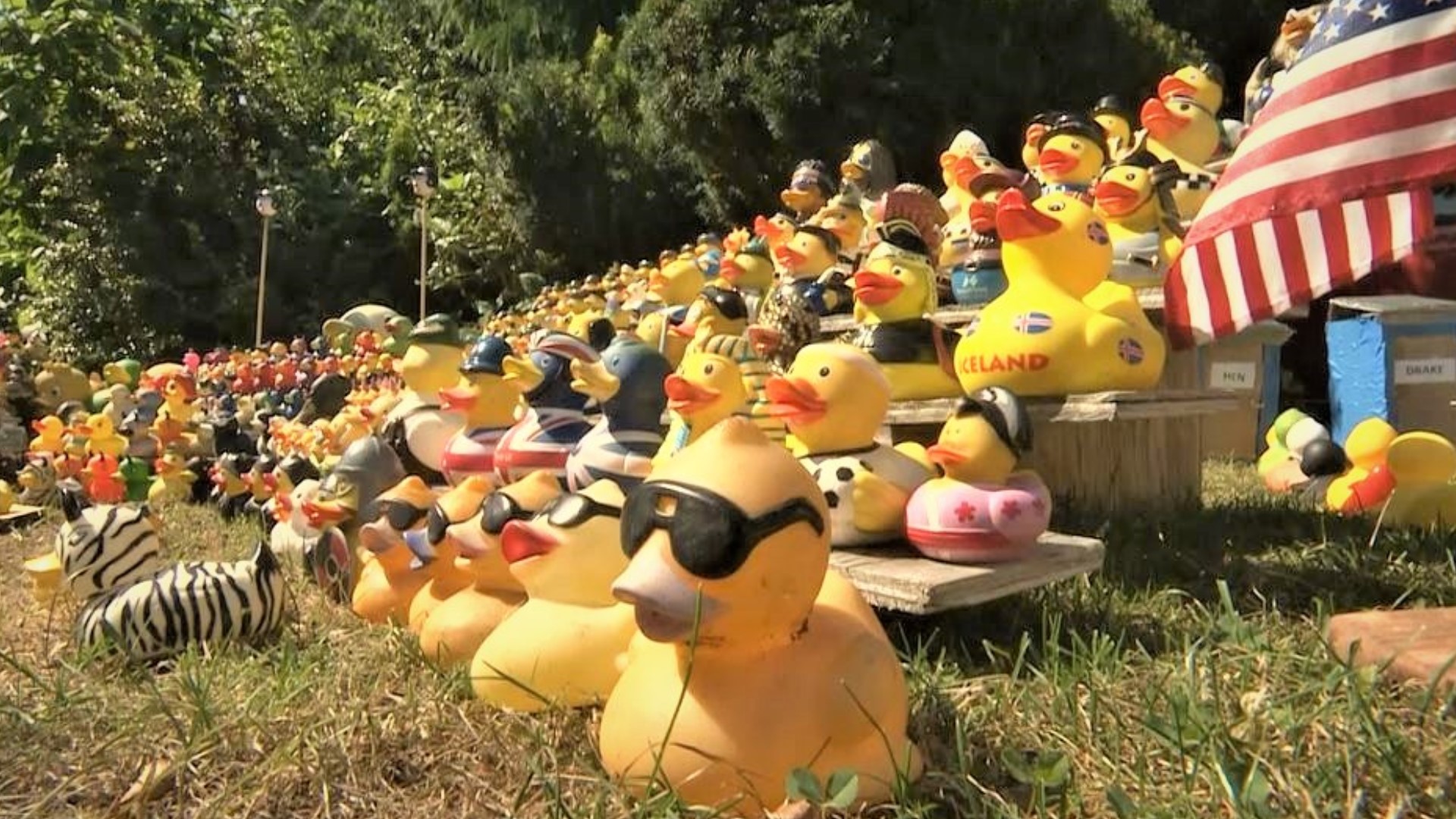 "There's a lot of nice homes around here that have nice gardens, and we don't have a nice garden but we have ducks,” said homeowner Robert McFerrin.

He and his wife LaFaye live in what’s known as the Wedgwood Duck House. More than 1,000 rubber ducks are on display in their front yard, posed in ever-changing scenes.

The ducks are also diverse, from devil ducks and princesses, to Mozart and Shakespeare.

"We have aliens, we have stars, we have animals, dragons - the kids just love it," LaFaye said.

The retirees change up the scenery each month, based on sports seasons, holidays, and topical events. Puns are a bonus.

"There’s been an alien abducktion, we have the Kenducky Derby, and we have our ducks in a row,” Robert said.

Every time a new display goes up, the neighborhood comes out.

"It's a perfect mile loop,” said Reggie Akins, on a walk with his kids. “We come and look and then we go home, to see what they're done."

It all started innocently enough, with a single duck decoy Robert set out for Easter. An anonymous neighbor added ducklings to the plastic eggs, and an idea was hatched.

Other people started leaving ducks in the yard and on the porch. One person even tossed a duck out of a moving car.

"We had what we like to refer to as our ‘drive-by duck chucking,’" Robert laughed.

Virtually every duck the McFerrins own was donated, and many traveled overseas.

"This is from the British bicycling team,” Robert said, sifting through a bin of ducks. “And this duck came from The Louvre gift shop in Paris."

The more they received, the more the McFerrins gave. They built tiny grandstands and a swimming pool and anything else necessary for their displays. Over time, their flock of fowl earned a Facebook tribute page and a stack of fan mail.

People also treat the public displays with respect. In ten years, they've had only one notable vandalism - after the Seahawks won the Super Bowl.

“Someone came along and kicked the score out into the street, and I suspect it was some disgruntled Denver fan,” Robert said.

Not a bad record, for a decade's worth of duck-tivity.

"It's just nice to remember that no matter your age, you can still use your imagination and share joy and fun with your neighbors,” said Lynne McFarland, a neighbor who’s enjoyed the ducks for years.