From fallout shelters to air raid sirens, the signs of a troubled time are all around us. #k5evening 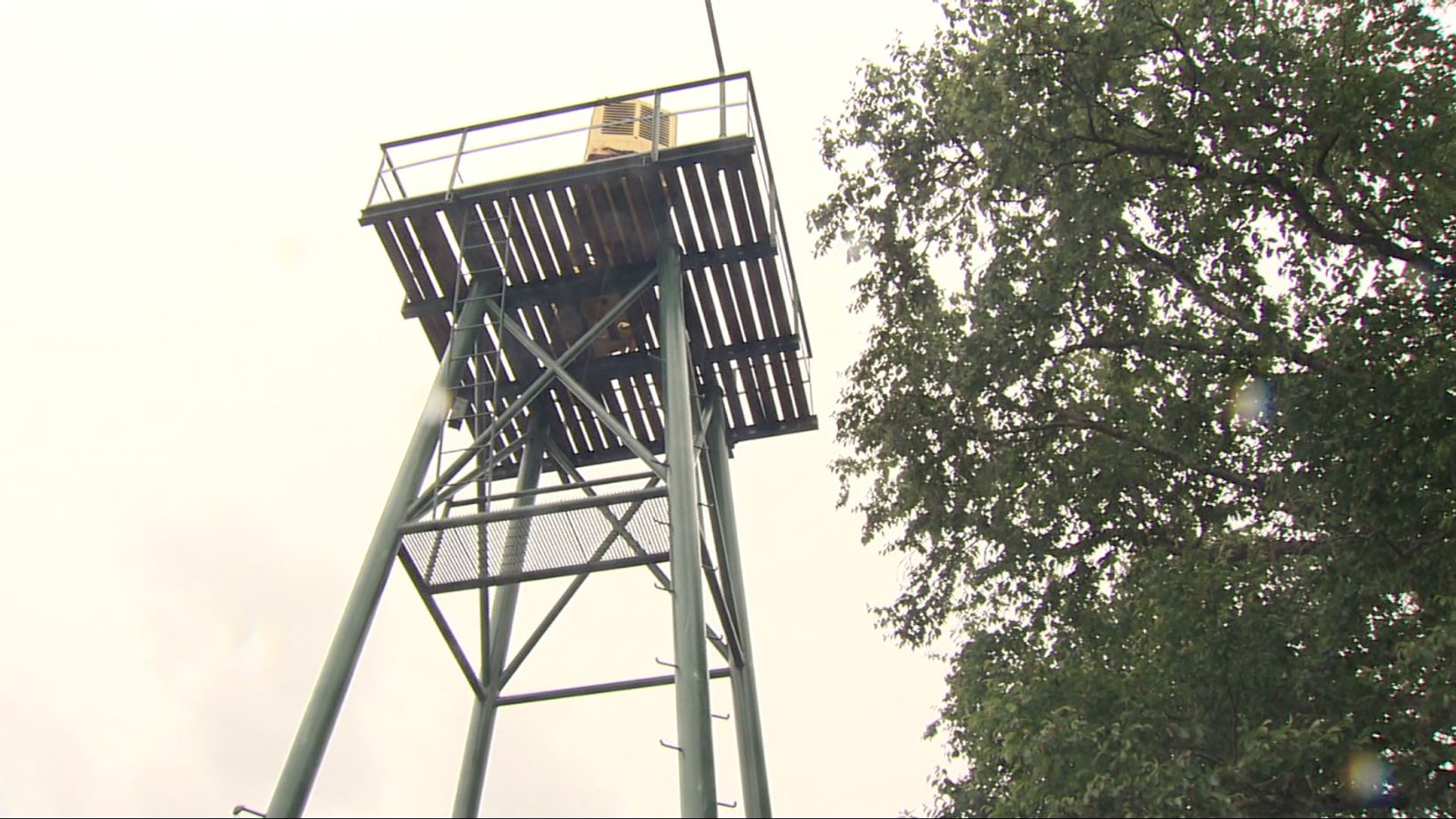 SEATTLE — The relics of a nervous age are hidden in plain sight.

"If you know where to look," said historian Feliks Banel, "There's very few of them actually left in place."

Banel said, "It's an event that never really had a distinct beginning, middle, or end. It was just a sort of period of unease."

The Cold War, pitting the communist Soviet Union against the US and other western democracies, would dominate world politics until 1991.

"It was an arms race," Banel said. "And we thought, at any minute, Soviet bombers would come flying over the horizon dropping nuclear bombs on the Lower 48."

"Fooling people into thinking we were being protected, or we would have some knowledge before an attack actually happened," said Banel.

Roger Faris remembers hearing one blaring from Seattle's Phinney Ridge in the '60s.

"At noon on Wednesdays, when I was in elementary school," Faris recalled.

The weekly drills stirred up some of the local residents.

"Dogs all over Seattle howled and barked for 10 or 15 minutes after that one-minute siren alert," Faris said.

Distinctive yellow and black fallout signs showed residents where they could hide from nuclear destruction.

We found one in Seattle's Capitol Hill neighborhood, affixed to the side of a public school, and another in Pioneer Square.

"It might have been totally bogus, but it made you feel slightly better," Banel said.

It doesn't look like much, but under the freeway in Seattle's Ravenna neighborhood is the first fallout shelter of its kind. The space had room for 200 people fleeing the radioactive aftermath of a nuclear attack.

"But this, in fact, is the only one they ever built," Banel said, "It opened in March of 1963 as part of the I-5 construction project."

There are 12 underground ballistic missile sites across Washington dating back to the Cold War.

"They put a lot of time and effort into creating this infrastructure," Banel explained.

Hanford's B Reactor provided plutonium for the second atomic bomb dropped on Japan, and continued to produce the deadly substance until 1967. Public tours began a decade ago at the symbol of American ingenuity and the horror of nuclear war.

The reminders of troubled times are all around us. It's up to us to listen to their stories and learn.