NW premiere in Enumclaw is the unofficial kickoff to ski season. Sponsored by Warren Miller Entertainment. 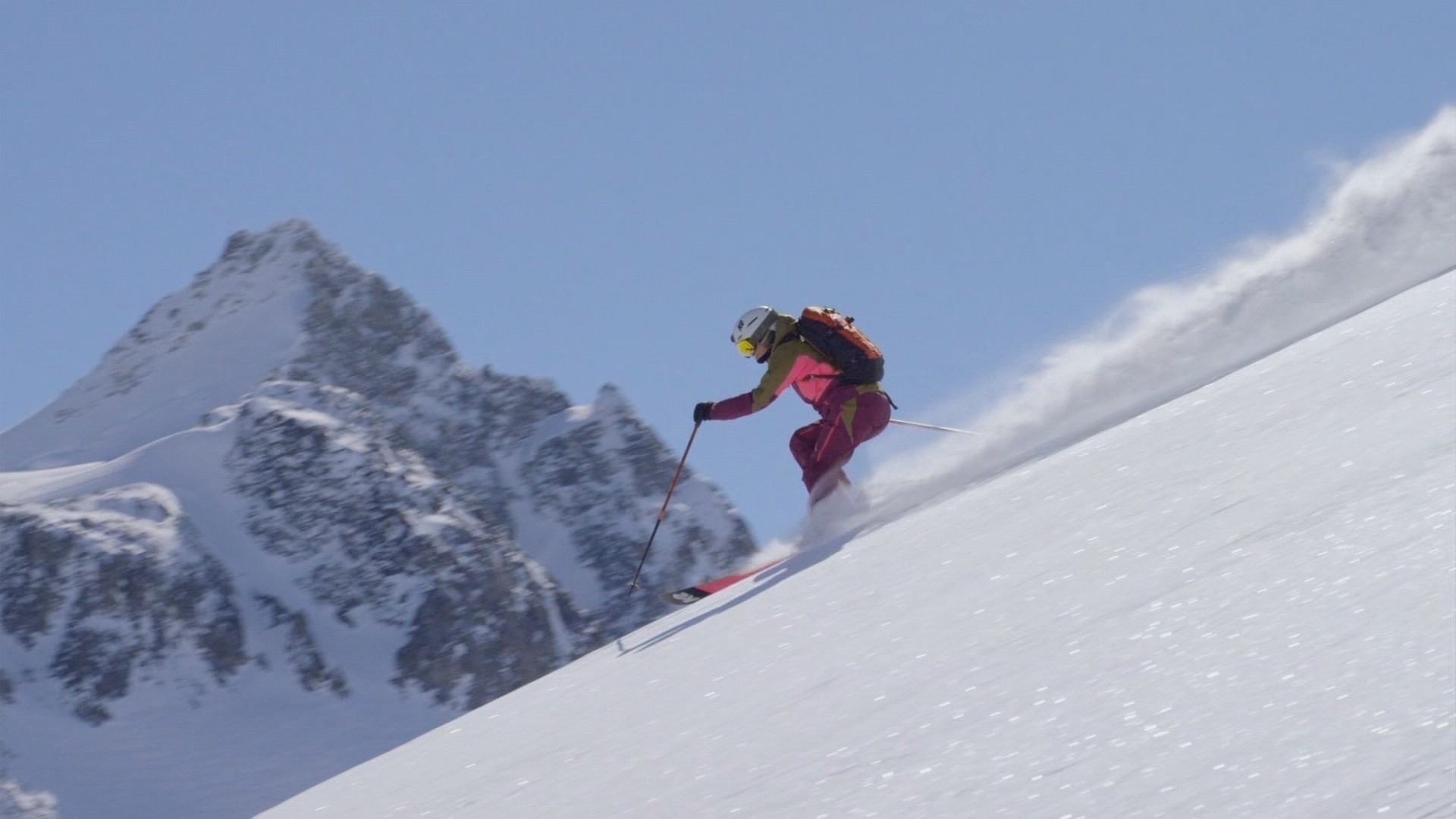 ENUMCLAW, Wash. — Enumclaw's Chalet Theater has been showing movies since 1947. Today it's still got old-school cool.

And tonight it's a full house. Because the stars of this movie are in town.

Well, actually they live here and play here when they're not skiing or riding in Warren Miller movies.

Tyler Ceccanti, who’s skied in 9 of the last films learned how at a nearby resort:

"This is where we grew up, we grew up skiing right up the hill from here at Crystal Mountain, we always drove through here with my family. One of our traditions was we would drive through Enumclaw and stop here and have Mexican food every Sunday."

"Enumclaw is really the last stop before Crystal Mountain, and to both of us that's home, and special to us to come do a show here, nearby our home mountain,” said snowboarder Morgan Hebert, who lives in Enumclaw.

Warren Miller's 70th ski film is called Timeless - just like this old theater, just like the thrill of sliding in snow at your local ski hill. Or throwing yourself over the edge of a peak in an exotic location. In this year’s film, Bella Coola B.C. is where Ceccanti skied. Hebert rode in the Swiss Alps, in the shadow of the Matterhorn.

"But you do it enough, you trust in your instincts, you get scared, you get the sweaty palms but you’ve done it 100 times over, you're like ‘I'm gonna be okay’,” added Hebert.

"That adrenaline's worth it for sure, but I still get nervous, I think you can hear me breathing pretty hard in the movie. But 3,2,1 drop, and you just blackout,” said Ceccanti when asked what it feels like to take off on a run.

Warren Miller - the Northwest legend who invented the ski movie - may be gone. But his legacy lives on every time snow starts falling in the mountains and a new ski film comes to town.

"The whole reason for these movies is to kick off winter, to go out and go skiing,” said Ceccanti.

Buy a ticket to Timeless and get two for one lift ticket deals.