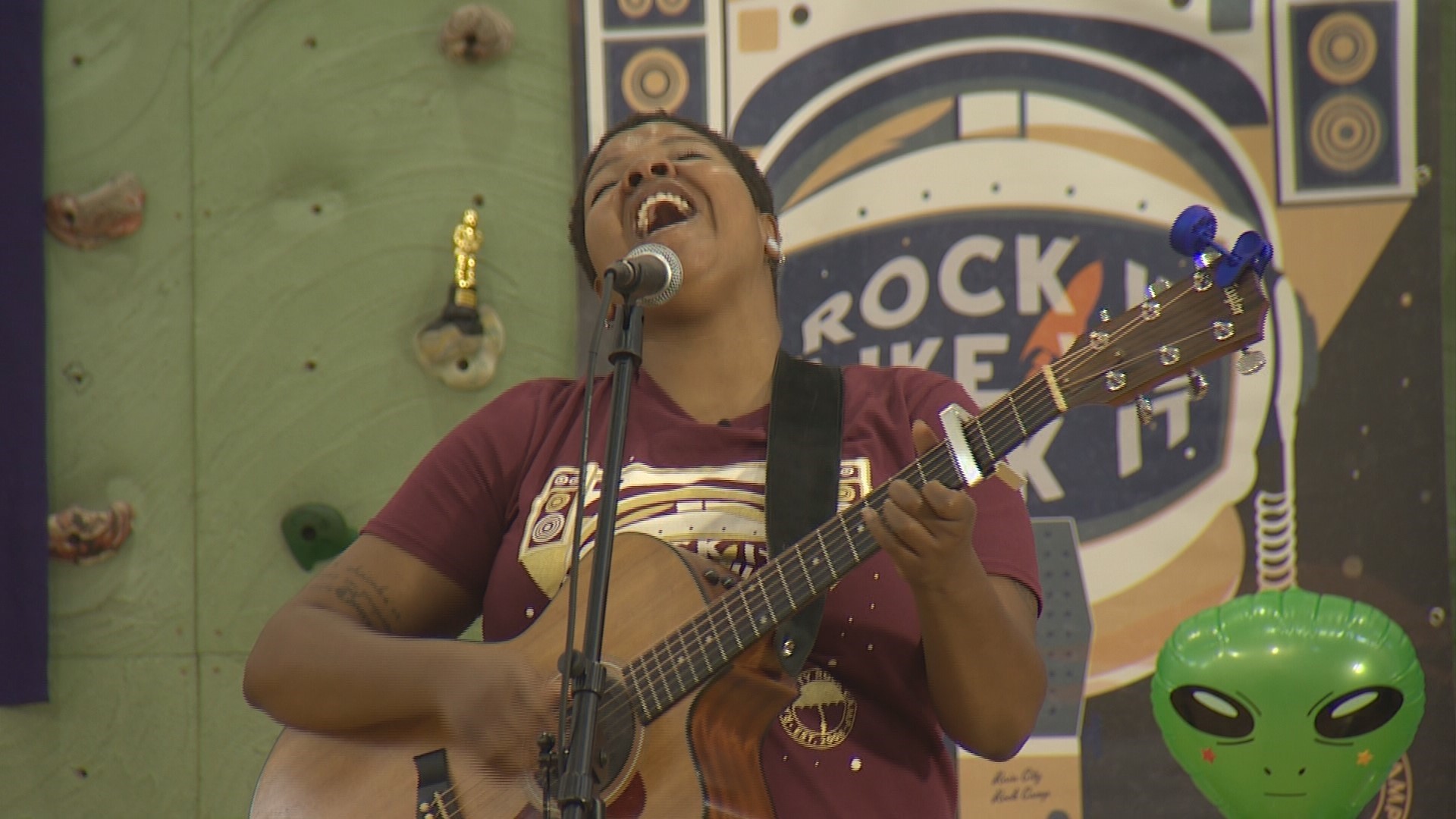 SEATTLE, Washington — At both Rain City Rock Camp for Girls, and Tacoma Girls Rock Camp, getting loud is strongly encouraged.

Here girls as young as 8 learn how to harmonize together,  to build songs, and most importantly, how to rock at life.

“A lot of what we're doing here is finding your power, and finding your voice,” says Walker. “So ‘get fierce’ is something that we say frequently, like ‘be brave’."

If campers want to see what 'fierce' looks like, all they have to do is look up to one of their instructors. They will see Stephanie Anne Johnson, the Tacoma singer/songwriter who made heads spin and chairs turn when she competed as a finalist on The Voice in 2013.

“One day I was one person, says Johnson. “The next day in the grocery store trying to buy salmon suddenly everyone wants to talk to me and it's quite overwhelming.”

With her acoustic guitar and highly trained voice, Johnson has stayed right on track. She has a new album coming out this fall with her band, the Highdogs. And she's taking a whole generation of students with her.

In the vocal classes she teaches, Johnson concentrates on more than the basics. She tells one sleepy student “Wherever joy lives in your body, go wake up that part and get that part of you out of bed.”

“I have a passion for apprenticeship,” says Johnson. “This idea that I'm a skilled craftsman and an artisan and I can pull other people in and share with them what I know. That is very, very important to me."

Johnson is teaching ‘fierce” as a way of life.

“You can be an artist," she says. "You can do it professionally.  It can feed your spirit. You can inspire other people with your gifts. And it's my pleasure to say that a lot of days to a lot of people.”

Stephanie Anne Johnson performs at Tractor Tavern September 3 and is looking for people to appear in a music video that will be shot in Tacoma to promote a new album. The details will be on her Facebook page.