Viaduct demolition brings the end of an era to Seattle's waterfront

Bystanders watch as a large part of city history is demolished 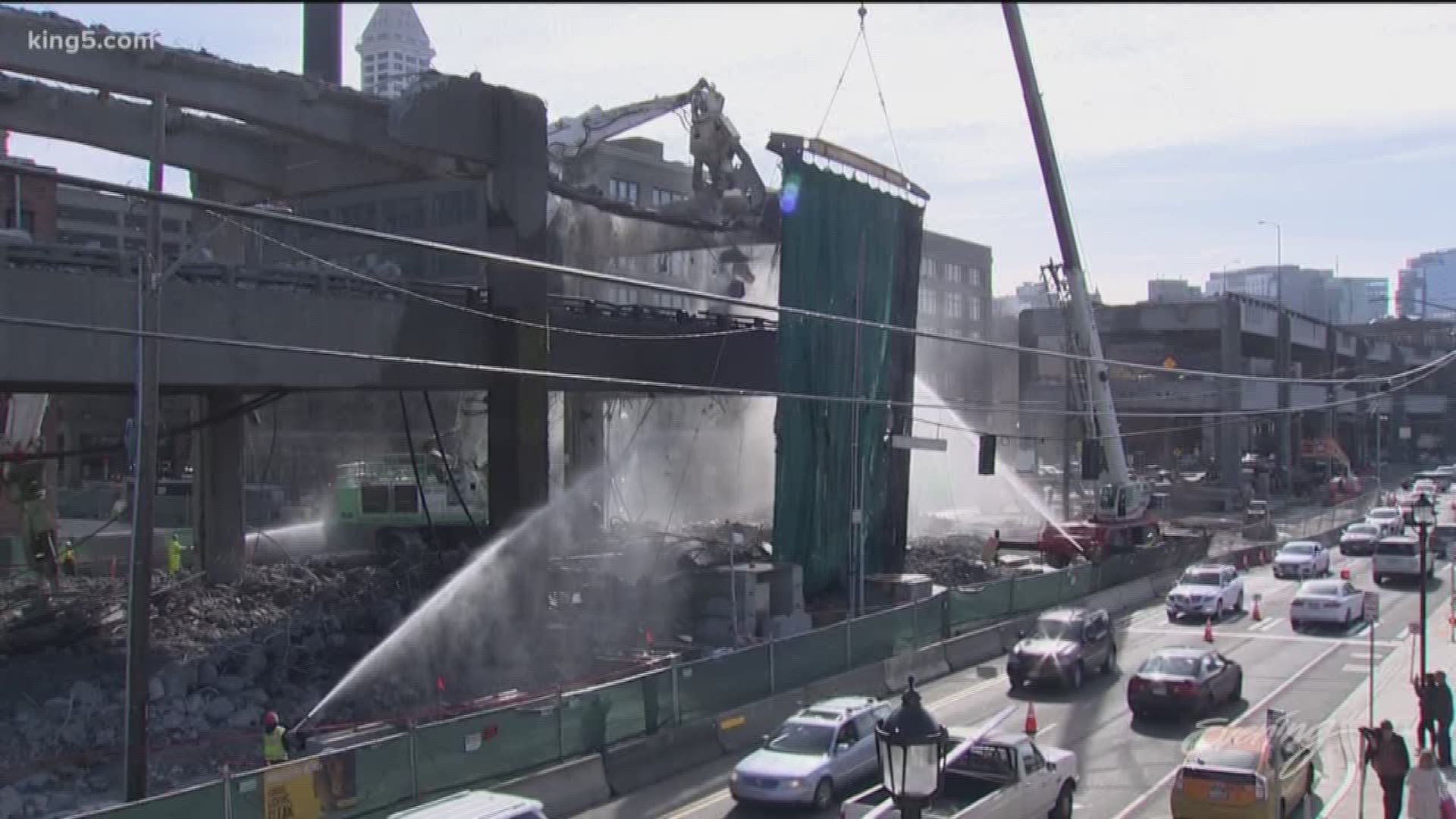 SEATTLE — "It's gonna be weird seeing it gone." remarked one onlooker from the sidewalk.

Bystanders gathered and took photos as construction workers began demolition on the Seattle Viaduct. Concrete and tangled rebar collapsed under the weight of construction cranes. The long-anticipated demolition comes among mixed feelings for the future of the waterfront, but there was overall consensus that a big piece of Seattle's history was now gone.