F.O.B. Brewing Co. was founded by an Army veteran and is designed to honor those who serve. 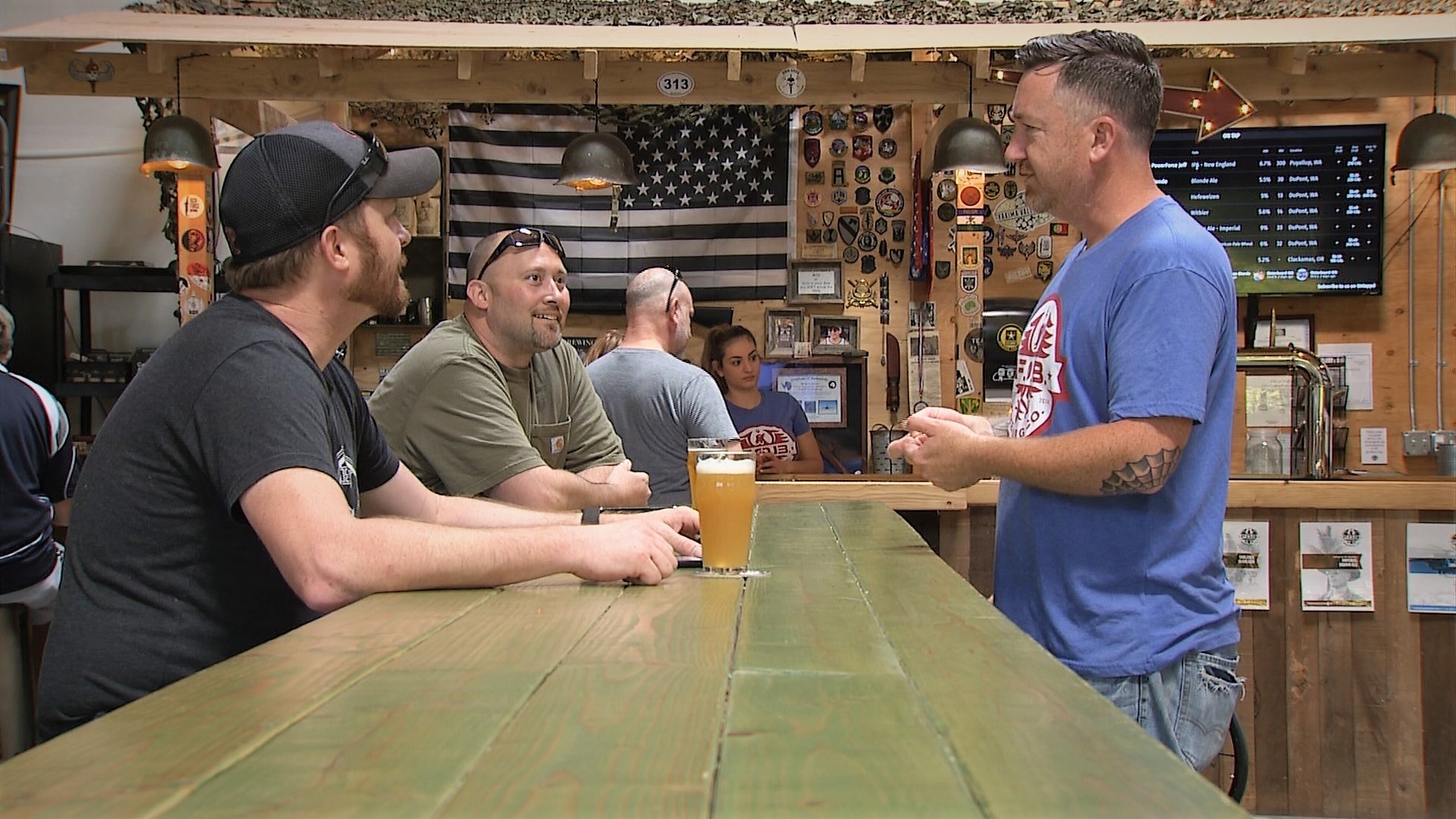 DUPONT, Wash. — Just south of Joint Base Lewis-McChord, you can raise a pint, have your hair trimmed and get a tattoo - all under one roof.

F.O.B. Brewing Co. is a unique combination for civilians, but very familiar to those who've served.

"When you're in Iraq or Afghanistan, where you live, work, fight - everything happens, starts from a F.O.B.,” said owner Jared Wharton. "It's your home while you're at war."

F.O.B. stands for "Forward Operating Base," and Wharton designed his brewery to look like one. He knows them well after serving in Army counterintelligence for eight years.

In his downtime, he learned how to home-brew beer.

"The best part is, when the batch is done you can share it with your friends and their families and get people together, and people feel really connected,” he said.

That feeling helped inspire his transition from hobbyist to professional brewer.

F.O.B.'s offerings range from super-hoppy IPAs to a crisp blonde.

"We're in the Pacific Northwest; beer doesn't get any better,” Wharton said.

"This is the happiest that I've ever been,” he said.

Joél Sook was an artilleryman for more than nine years. Now he specializes in hair cuts and beard trims.

"That's all we need to survive in the military,” he said, laughing. “Good hair cuts, good beer, and good tattoos."

The taproom is filled with artifacts and memorabilia that honoring the troops, including a Wall of Honor showcasing photos of Wharton’s friends and family who served.

But he says F.O.B. Brewing isn't just for the military community.

"I think that if people come and sit down, have a pint, they'll get to know that the military community is a lot like them. We're all backgrounds, we're all faiths, we're all beliefs,” he said. "This is really a place for everybody."

F.O.B. Brewing Co. is located at 2750 Williamson Place in DuPont, and is open every day of the week except Monday.