Alex Siniscalchi is focused on creating street art with passion and purpose. #k5evening 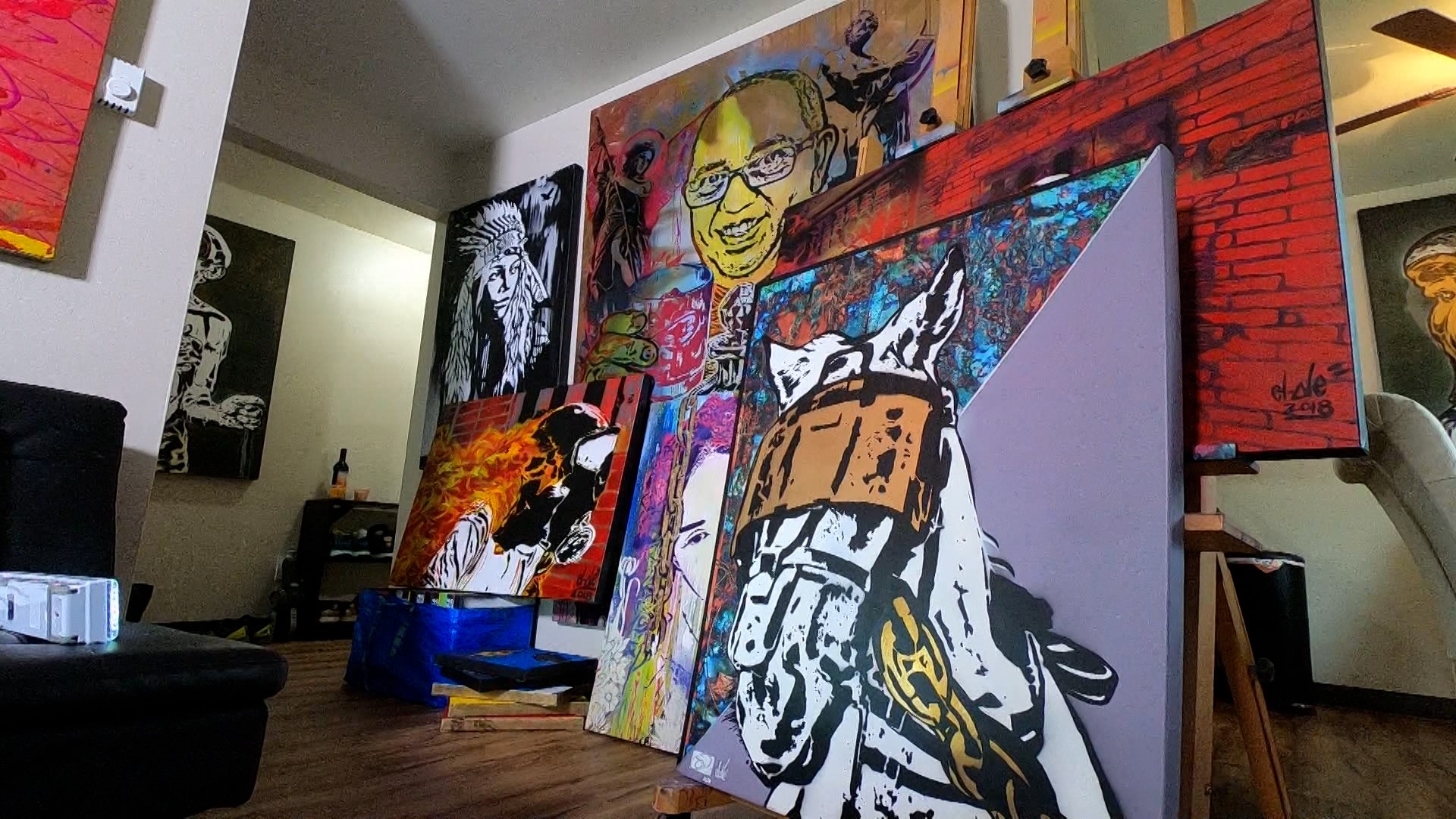 SEATTLE — Alex Siniscalchi was 11 when he realized he wanted to become an artist.

He felt inspired after his first trip to New York City with his father in the 90s — when urban street art was beginning to explode.

“I fell in love with all the graffiti in the city,” said Alex.

When he returned to his hometown of Caracas, Venezuela, he started working on his own style. As a teenager, he would paint as much as he could to master his craft.

Soon he was noticed by the Venezuelan government opposition movement, who asked if he would help create artwork for their campaign.

“I was a child at the time, and wanted to paint so I accepted.”

This was the beginning of his professional career as an artist. After years of creating art for political campaigns, he notice his art was too serious and lacked joy.

“I realized that I only painted in black and white with no colors,” he explained.

Alex knew that needed to change, and started experimenting with colors and new techniques. Now his art is inspired by social, political, cultural, spiritual, and banal topics, but above all, love.

Alex made his way to the Northwest and now you can see his art in the streets of Seattle. He even created his own brand, CCSTENCIL, where you can check out his catalog of original art, posters, and t-shirts. Best of all, Alex will soon make his way back to where it all started — New York —  to exhibit his art.