The decision that changed the trajectory of Jordan Chiles' career may also be the one that lands her on the Olympic podium. #k5evening 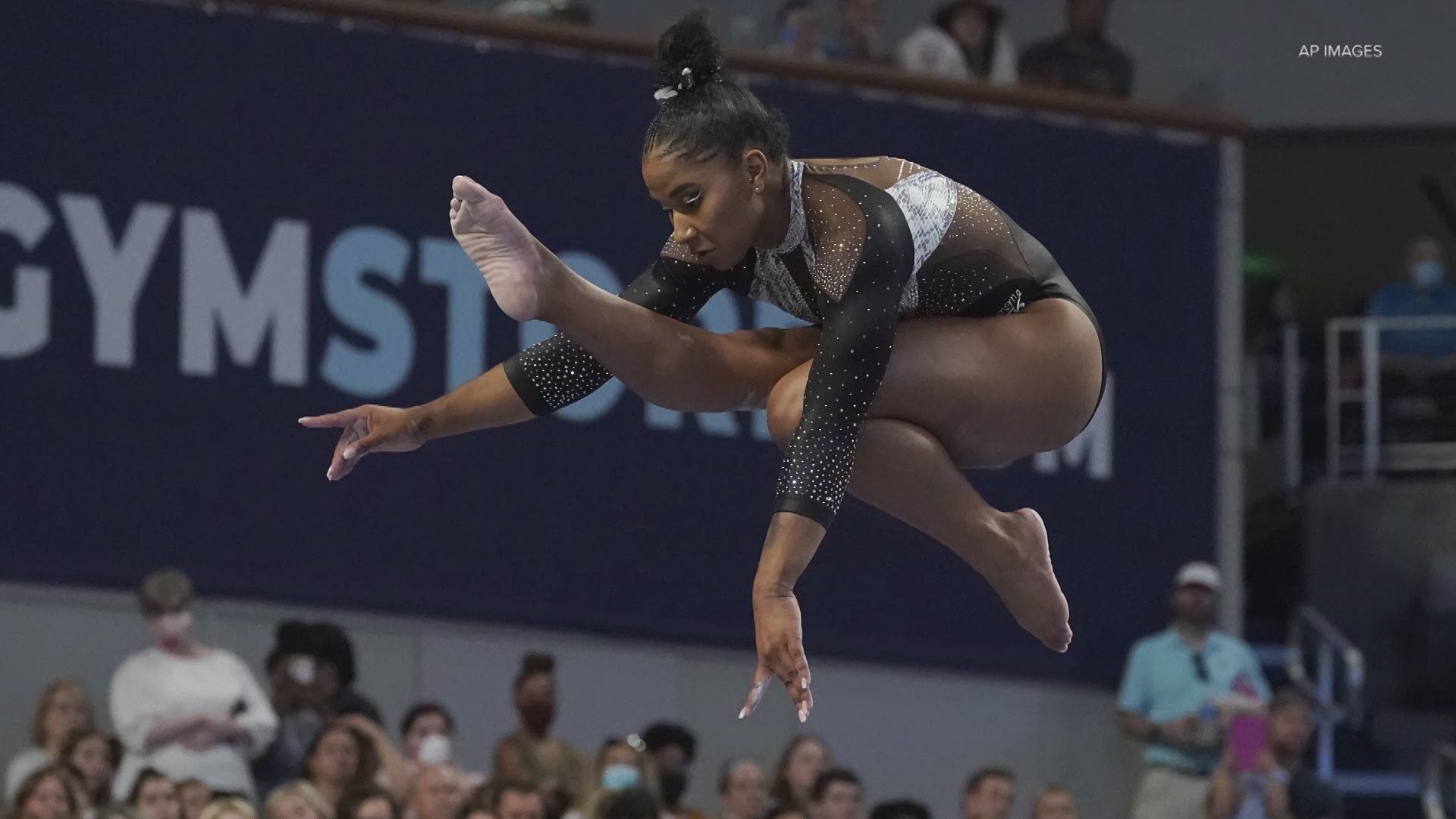 VANCOUVER, Wash. — Jordan Chiles sat down to talk with KING 5's Angela Poe Russell in between training sessions in preparation for the 2020 Olympics.

When reflecting on her accomplishments, she still has a hard time believing what she's done.

"It's crazy. Even now when I'm doing stuff, I'm just like your body is not supposed to flip in these type of ways.  The word for it is just crazy!" exclaimed Jordan.

The 20-year-old was born in Tualatin, Ore. but moved to Vancouver, Wash. as a young child.  It was there she found her love for gymnastics and trained until she graduated from high school.

"I progressed really fast throughout my sport. I skipped two levels and I was really young when I started elite. So everything just went really fast for me and at [age] eight or nine is when I started doing crazy stuff that I never thought I would do," shared Jordan.

As she neared graduation, Jordan pondered quitting the sport, but thankfully she turned to Simone Biles for advice.

Simone suggested she come train at her World Champions Centre Gym in Spring, Texas and work with her coaches.

Jordan decided to give it a shot -- and within days of graduating high school, she moved to Texas. Since then, the medals started piling up; and she shined at the Olympic Trials, earning a spot on the U.S. Women's Gymnastics Team.

Jordan and Simone now share the same coaches and she says the new environment gave her just what she needed.

"I didn't get to enjoy being a little kid with a big dream. It had to be strict strict strict. Once I realized that I needed to stop doing it for other people and start doing it for myself, that's when I was like just be free. Have fun with it!" said Chiles.

So for the Olympic Games, you can root for Biles and Chiles.

Together, they are expected to put on quite the show; and behind it, a relationship that's already a winner.