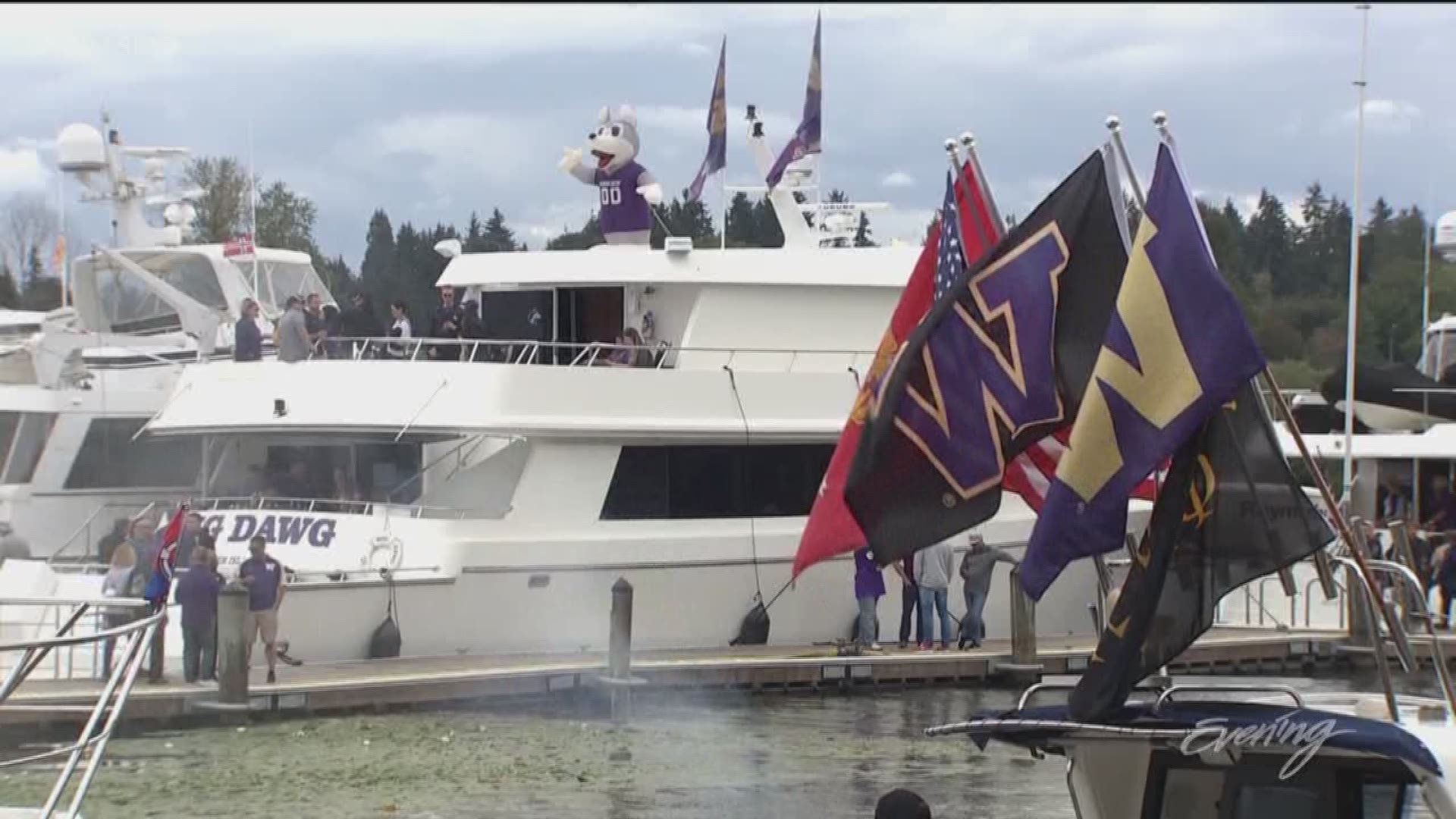 SEATTLE — With Husky football season in full swing, you may be ready to kick off the festivities with a tailgate party. However, lack of parking and busy crowds can be a headache and kill the fun.

As a result, many football fans are taking their team spirit to the water and "sailgating" instead. Diehard Husky fan and retired University of Washington professor Douglas "Mac" MacLachlan has been taking his boat to the games since 1970.

"It draws a lot of people just because it's so unique. It's a good excuse for a party and you know, the game is always fun." MacLachlan said.

Even if you're not as into football as MacLachlan, it's still a great excuse to hit the water, meet new people, and have a good time.

"We're going to spend a couple hours on the water, have a proper hang, eat some food, drink some beers and then go watch the game and jump back on the water," Portland sailgater Tim O'Gorman explained.

"When you're sailgating there's a whole lot of energy, lots of buzz, a lot of pre-game excitement." Capt. Trevor MacLachlan, Mac's son and owner of Seattle Charters said. "We've been doing this a long time."

Trevor stresses just how uniquely Pacific Northwest sailgating is and encourages everyone to give it a try, even if they're not a football fan.

Your next chance to put on purple and gold and hit the water is Saturday, September 7th at 7:30 PM, when the Huskies face off against the University of California, Berkeley Golden Bears.