The Midcentury Modern Classic has been virtually untouched since 1954 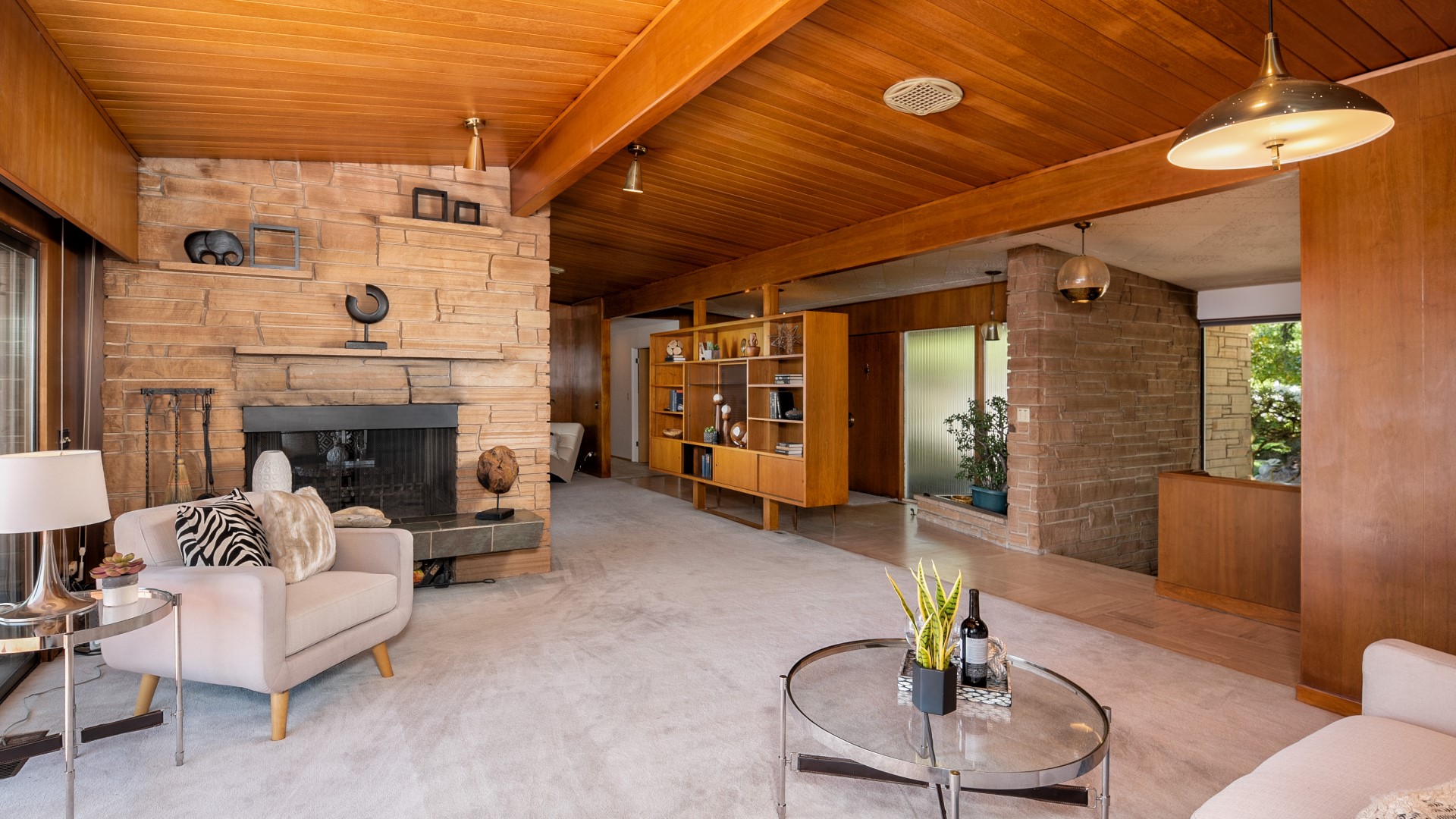 SEATTLE — Step inside and step back in time. "When they walked in and they saw the wood and craftsmanship, they fell in love with it," says Paul Farrington of his dad and stepmom, who bought the place in 1971.

"If you could imagine a cocktail party in 1960, it's like yeah here it is. I wish I was there. It would've been awesome." He kinda was. Farrington grew up in the home built for Boeing execs in 1954 in Seattle's Seward Park neighborhood.

Windermere broker Dorothy Driver says she's not seen a more well-preserved example of a Midcentury Modern Classic. Farrington says the carpet's been replaced but nothing else. "Everything is original." The light fixtures, countertops, appliances take visitors back in time. "And they're all functional," Farrington says.

The foyer flows into a showcase great room separated by a grand, stone fireplace. "It was the original kind of open concept." That leads to a wraparound deck facing southeast. "Every room actually, the windows frame Mount Rainier."

There are sliding glass doors in the guest bathroom adorned with a fawn curiously sampling some leaves. The master bedroom includes a fireplace and a secret shoe closet.

And if there were an award for "coolest home bar in Seattle," this might be it. "A lot of hours sitting by that bar." With its leather-lined corner column, the bar itself is suede-lined and includes 54 silver dollars inlaid into the surface to commemorate the year it was built.