Typewriter Fever even has the stamp of approval from celebrity collector Tom Hanks. #k5evening 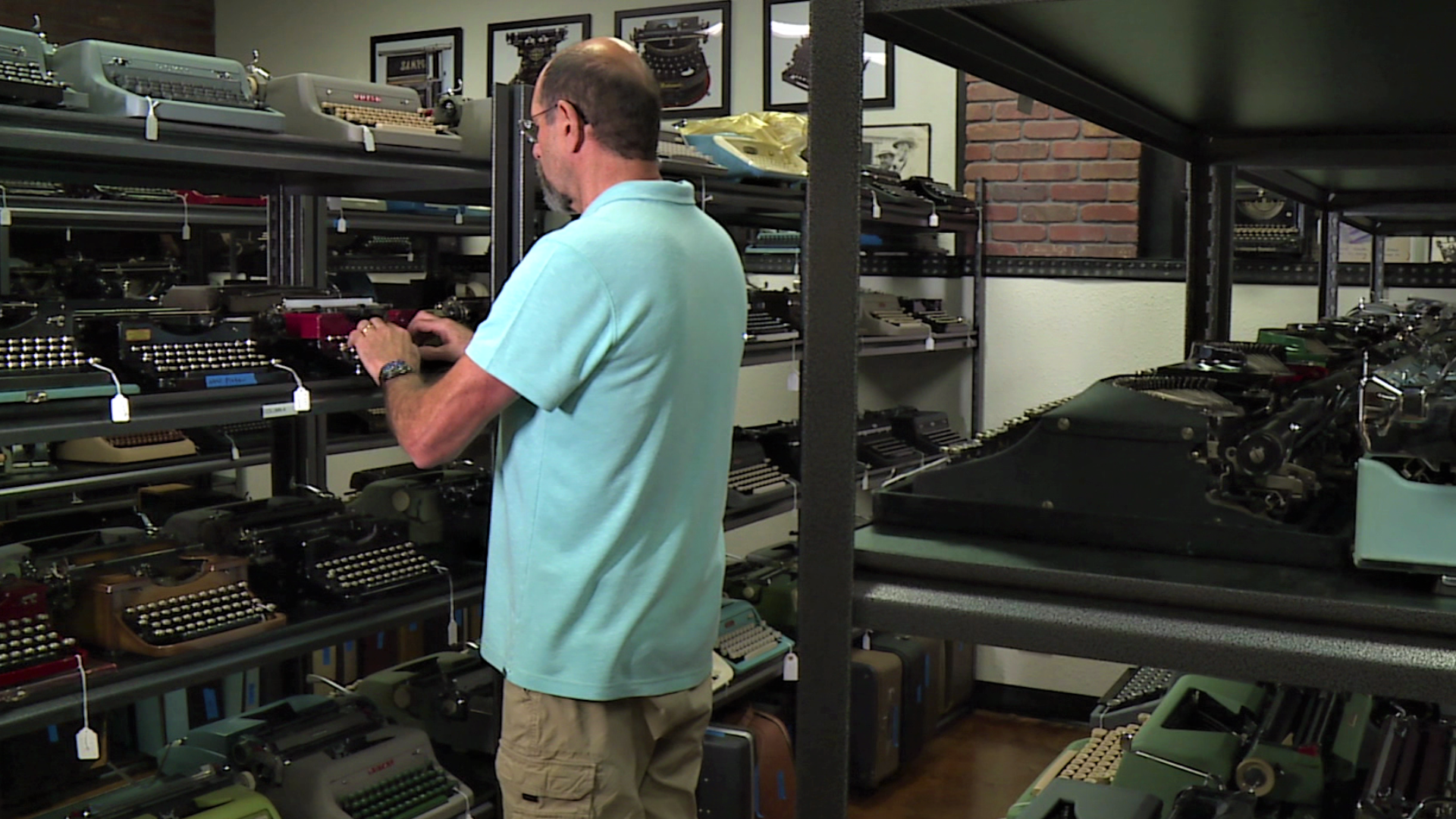 BREMERTON, Wash. — You could say Don Feldman is the Tom Hanks of Bremerton. Not because of his charm or acting ability, but because he collects typewriters -- just like the Oscar-winning actor.

"It's definitely a fever," he said about the hobby.

It's a fever that led him to opening Typewriter Fever in Bremerton with his wife Britt Feldman. But it all began years ago at a local thrift shop in 1999 where he spotted and purchased a 1930's Woodstock for around $35.

"I thought I found a rare find. Wanted to turn it around on eBay -- and there were millions of them."

This may have discouraged most beginner collectors, but not Don.

"I was hooked and I started the hunt."

The treasure hunt has led the retired ferry engineer to collect hundreds of the machines.

"It's like collecting cars right? Everything is different. They're all beautiful and that's how people get typewriter fever," said Britt.

Some typewriters in Don's collection are more than 100 years old. Others don't even look like typewriters at all.

"The ones that are very collectible are the abysmal failures because they weren't on the market too long," he said. "So those are the ones collectors are looking for."

As Don's collection continued to grow, so did interest in typewriters. In 2017, "California Typewriters", a documentary celebrating the machine and their obsessed owners, was released to rave reviews.

Just like vinyl, typewriters are making a comeback and prices are surging.

People stop by Typewriter Fever to browse, buy, sell or trade. But Don also services typewriters, which involves the kind of spraying and tinkering you'd never try with a personal computer.

There are treasures by the dozens at his Bremerton shop, but Don's favorite might be a letter from his fellow celebrity collector. In 2020, Tom Hanks typed up a personalized letter thanking him for his work for the typewriter community.

Credit: KING 5
Tom Hanks revealed he has around 250 typewriters in his collection

"I get through the first sentence and I look up and there's Tom Hanks's name on the top and I start screaming," Britt exclaimed.

Typewritten proof that some fevers are contagious.

Typewriter Fever is located at 620 N Callow Ave and is open by appointment only.